Seamus 'Banty' McEnaney is set to be confirmed as the Monaghan senior football manager for a seco...

Seamus 'Banty' McEnaney is set to be confirmed as the Monaghan senior football manager for a second time.

The Corduff man replaces Fermanagh native Malachy O'Rourke, who steered the Farney County to two Ulster titles, a first All-Ireland semi-final in 30 years, and Division One regularity in the Allianz League across a seven-year spell.

McEnaney was thought to be unsure about going forward for the role due to his workload with business interests.

He has assembled his desired backroom team however and will take charge of his native county as they kick-start their league campaign in 2020.

McEnaney previously managed Monaghan from 2004 through to 2010. During that period he led the county to a Division Two league title in 2005, and two Ulster final defeats to Tyrone in 2007 and 2010 respectively.

The 2007 final was the first time Monaghan had been in the Anglo-Celt decider in 21 years. 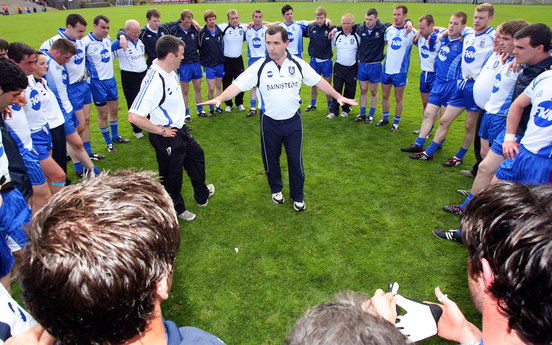 Short inter-county stints at Meath and Wexford followed, before he guided Monaghan's minor side to the Ulster title and a narrow All-Ireland semi-final defeat to eventual champions Kerry at the semi-final stage.

THE BACKROOM TEAM - expected to be officially confirmed by Monday evening:

The two-time All-Ireland winner with Tyrone has been a man in demand, having been recruited by Ulster Rugby recently to work in their academy set-up.

The Coalisland man was a key cog in the Cavan underage engine that saw the Breffni lift four Ulster Under-21 titles in a row.

That preceded a move into Mickey Harte's backroom team with his native Tyrone - which saw him combine his senior side role with the Red Hand underage teams.

He helped Tyrone reach the All-Ireland semi-final stage in four of the last five seasons. Donnelly is expected to combine his new job at Ulster Rugby and that of strength and conditioning in the Monaghan set-up. 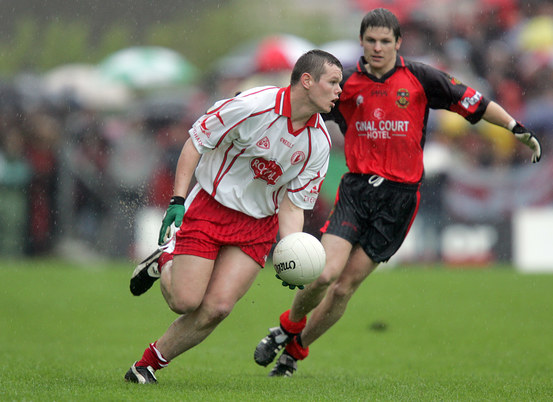 The Down man is currently GAA Development Officer at Trinity College Dublin.

The Kilcoo clubman played inter-county football with the Mournemen as a jinky corner-forward, including a run to the 2012 Ulster final that included excellent personal displays against both Fermanagh and Monaghan.

He has also spent significant time involved in coaching at various levels, having been a primary schools coach prior to his current role at TCD.

The Scotstown man was involved in McEnaney's Monaghan minor and Under-20 backroom teams as a selector and football coach.

McCague has taught Irish at St Macartan's College, a secondary school on the outskirts of Monaghan Town that has produced a significant number of inter-county players.

He has been involved with managing MacRory Cup sides in the school that compete in Ulster's inter-schools senior 'A' grade competition.

He will be especially familiar with the Monaghan panel's significant Scotstown contingent - including Darren and Kieran Hughes, Conor McCarthy, Rory Beggan and Shane Carey. 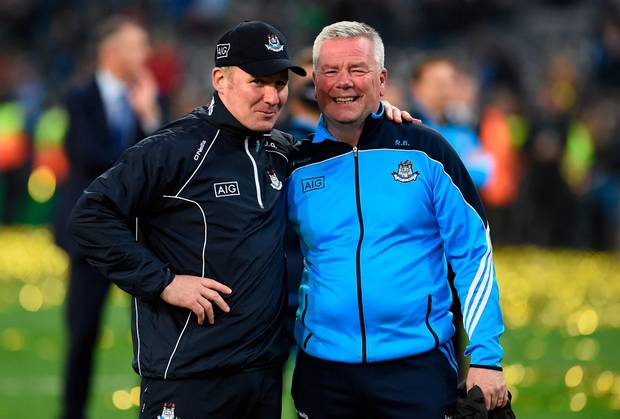 Boyne's CV reads success, having been a part of the Tipperary hurling backroom team this year in their successful run to the All-Ireland title.

He has previously spent many years as Performance Analyst with Dublin footballers of various grades, and played no small part in the senior team's current success.

Boyne's two sons Darragh and Conor assisted him in his recent duties with the Premier as they won Liam MacCarthy for the first time since 2016.

Boyne initially began with the Dublin minor sides before progressing to the St Vincent's club and had a stint with the ladies team also.

His day job sees him work as a Property Strategy and Operations Specialist at Rehab Group, having previously spent almost three decades with Ulster Bank.

The Monaghan Harps clubman was one of the names thanked by Malachy O'Rourke in an open letter after his departure as manager, and along with goalkeeping coach Steve Williams, is one of two personnel retained from the previous management set-up.

The 35-year-old has also worked as a teacher at St Macartan's College, and has been involved with coaching hurling sides at 'The Sem.'

Greenan and Boyne are expected to work in the performance analysis side of the Monaghan backroom team. 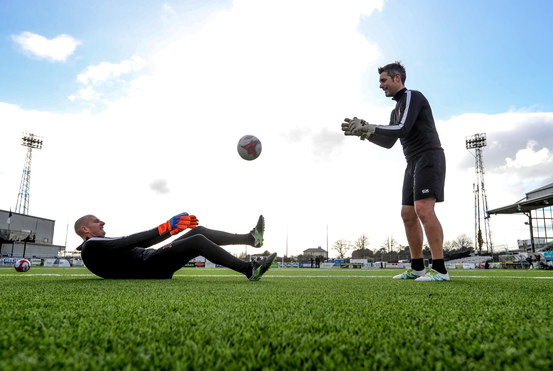 The 44-year-old former Shelbourne shot-stopper has been heavily praised for his work with All-Star Rory Beggan over the past number of years in the Monaghan set-up.

He had originally been a part of Eamon McEneaney's backroom team at Monaghan, before staying put under Malachy O'Rourke.

The Welshman is also the current goalkeeping coach with Dundalk FC in the League of Ireland, and works in a temporary capacity with a number of other goalkeepers in the north-east region and beyond.

Williams moved to Ireland in 1997 to sign for Dundalk from Cardiff City and has also had a full-time job as a technician.