Three TDs who met with Facebook founder Mark Zuckerberg earlier said they had a "positive and con...

Three TDs who met with Facebook founder Mark Zuckerberg earlier said they had a "positive and constructive" engagement regarding internet safety.

They discussed the regulation of social media, transparency in political advertising and the safety of young people and vulnerable adults.

TDs Hildegarde Naughton, James Lawless and Eamon Ryan are members of an international committee targeting the spread of online misinformation.

The International Grand Committee consists of a worldwide gathering of parliamentarians, who meet to discuss the regulation of social media platforms.

They held their first meeting in London last November and will meet again in Ottawa, Canada this coming May.

The three deputies, who are also members of the Oireachtas Communications Committee, have been vocal in demanding the regulation of social media platforms in recent years. 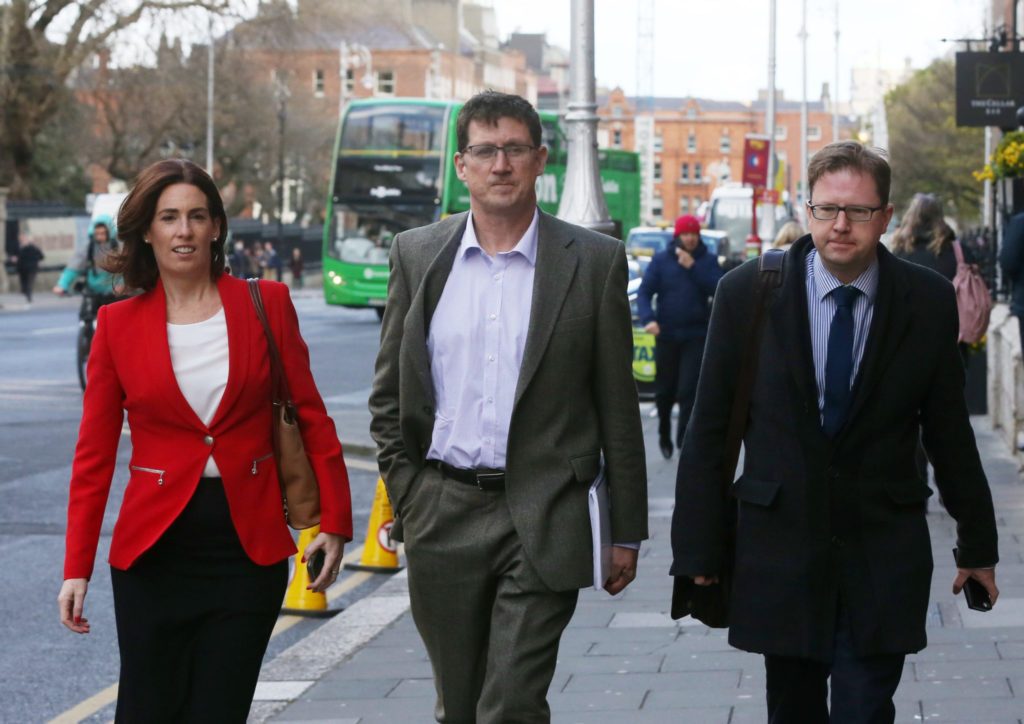 Deputy Naughton said she raised the issue of protecting children on social media.

"Right now paedophiles [are] online, pretending, lying about their age and targeting and preying on young children and grooming them online.

"And he stated that he wanted to work with law enforcement agencies and policy-makers like ourselves in relation to making more robust laws where we can ensure that there is a robust age verification system".

"We need to find a way to verify age without having to share sensitive data directly with Facebook or any other social media platfom", she added.

Green Party leader Eamon Ryan said no was decision reached: "There wasn't a conclusion on it - there are concerns around that in terms of privacy, or the wider issue of people having to hand over their PPN number or their passport number would have civil liberties implications.

Over the weekend, Mr Zuckerberg wrote an article calling for national governments to play a greater role in regulating the internet.

He noted that Facebook makes decisions about harmful content, political interference and data every day - but warned that "if we were starting from scratch, we wouldn't ask companies to make these judgments alone."

"I believe we need a more active role for governments and regulators," he wrote.

"By updating the rules for the internet, we can preserve what's best about it - the freedom for people to express themselves and for entrepreneurs to build new things - while also protecting society from broader harms."

As the European base for many internet companies, Ireland has a lead role in implementing that regulation across Europe.

However not everyone was happy about the closed-door meeting with Mr Zukerberg at Dublin's Merrion Hotel.

Labour spokesperson on communications Seán Sherlock has questioned why three TDs agreed to the private meeting, rather than hold a public appearance at a parliamentary committee.

Deputy Sherlock said: "The CEO of Facebook Mark Zuckerberg has refused previous invitations to go before the international grand committee when it met in Westminster last year, saying he was unable to attend.

"However, he is now engaged in a charm offensive of op-eds and private meetings."

"We are told the private meeting today was to discuss fake news and online safety but we obviously have no public oversight of that meeting.

"It's not clear to me why this meeting is being held privately when members of the public have serious questions about Facebook and Mr Zuckerberg has refused to attend committees to answer questions in public."

He added that meeting with three TDs privately "benefits Facebook by providing the veneer of accountability without any substance."