Online and digital dating will still have a large role to play in post-pandemic Ireland, one expert says.

Sex educator Dr Caroline West spoke to The Hard Shoulder as part of Reimagining Ireland: a series examining some of the changes people would like to see across a range of areas in Ireland post-pandemic.

Dr West, who is also host of the Glow West podcast, said using technology is now the norm.

"It's using Zoom, dating apps have exploded in popularity as well - there are some dating apps where you can choose to have a socially distanced online call as well.

"So I think there's lots of different options out there for people.

"For some people, they'll be rushing straight out to bars and nightclubs and things.

"[But] we've had a year of sitting on the couch in our pajamas and not interacting with other people - I think there's a lot of anxiety as well living in a pandemic.

"I think for some people they'll kind of edge back into regular life, so I think it'll be a mix of the two".

Dr West said the role 'digital dating' plays will not go away after the pandemic.

"For some reasons it could be good for accessibility, if you struggled with buses or accessible spaces... it can also be handy if you were a serial dater.

"You could set up a day of Zoom dates online so you didn't have to leave the house - you could just do one after the other and kind of phase people out that way.

"I do think it will stay - I think we live our lives mediated by technology now.

"Back in the day when dating apps first came out, they were seen as a really weird thing - it was like something for those who couldn't pull in the pub, so to speak.

"People were embarrassed about it; and now you get wedding toppers that say 'We met on Tinder' - so the shame is kind of gone from it and it's just a normal thing.

"We're scrolling on our phones all the time, why not add sex and romance into that aspect of things?" 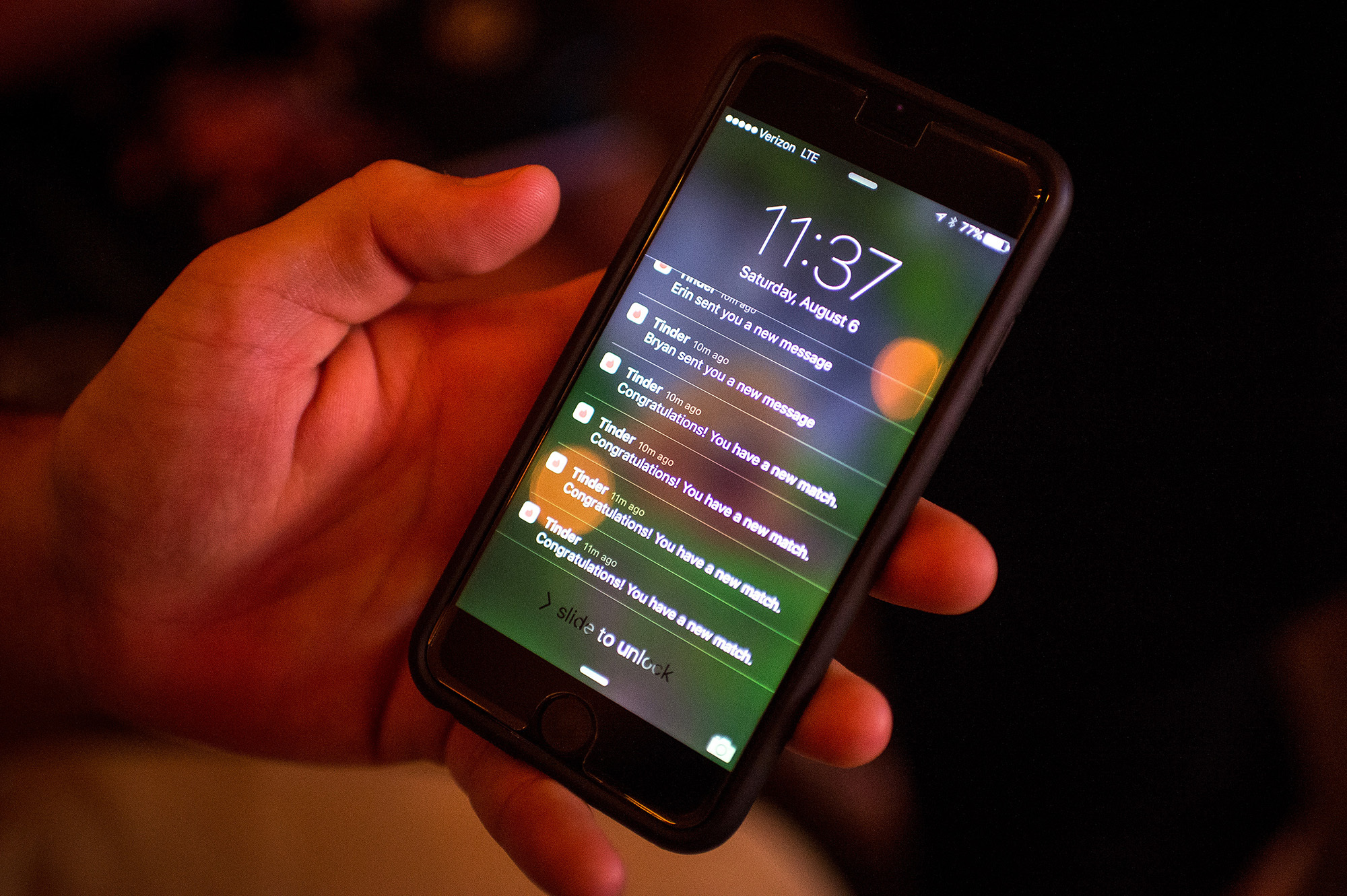 But Dr West suggested not waiting too long before meeting in real life.

"We can be very quick to judge online... but then other things like how they treat the waiter on your date, that's kind of important that you can get a sense of who they are.

"Or even their smell: pheromones are really important - and not just 'have they doused themselves in Lynx' - we can actually really tell a lot about someone by their presentation in real life and that instant chemistry.

"I do think online dating serves its purpose, but we have to meet in real life at some point to see if it's worth going forward.

"I would urge people to not leave that too long - I would generally have the rule of 'Don't leave it longer than a week'.

"You don't want to text someone for three months and then the second you meet them you're like 'Oh God, actually no'".

Main image: A man surfs on his PC on the dating platform "verliebt-in-niedersachsen.de" in Germany. Picture by: Peter Steffen/DPA/PA Images

'They're like wild bulls; just mad to get out' - Online dating heats up as restrictions ease