The Fine Gael Parliamentary Party is gathering in Trim, Co Meath on Monday for a two-day conferen...

The Fine Gael Parliamentary Party is gathering in Trim, Co Meath on Monday for a two-day conference in advance of the Dáil re-convening.

The fallout from the Katherine Zappone controversy and recent opinion polls will dominate the agenda.

The Dáil is back to business on Wednesday and for Tánaiste and Fine Gael leader Leo Varadkar it has been a tough summer.

The loss of Eoghan Murphy's seat in the Dublin Bay South by-election in July and the Katherine Zappone appointment will dominate talks in Trim.

Also on the agenda will be the state of play as the country emerges from COVID-19, as well as the Government's Housing for All plan.

However one issue that will be a cause of concern is Mr Varadkar's falling popularity. 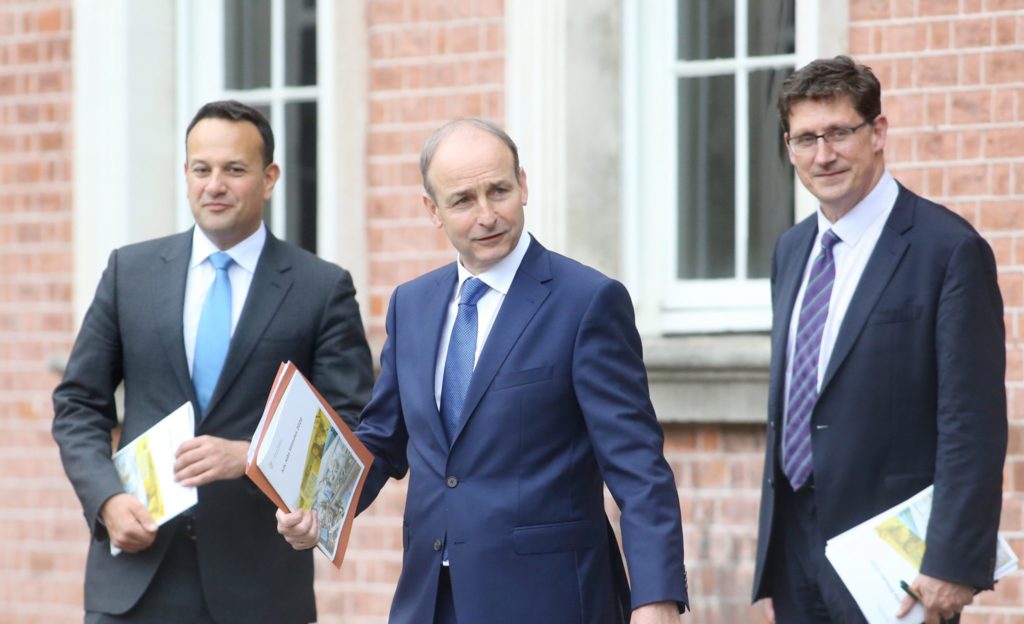 A Behaviour & Attitudes Poll for the Sunday Times revealed at the weekend that he is now the fourth most popular party leader in Ireland - behind Mary Lou McDonald, Micheál Martin and Alan Kelly.

The latest poll figures suggest that Fine Gael has some work to do to win back lost support.

While the Green Party will also hold its pre-Dáil conference later at a one-day event in Dublin.

The party is looking at proposals around reforming the country's rail system.

And the Labour Parliamentary Party heads to Athy in Co Kildare for its annual September think-in.

The party is buoyed up, after Ivana Bacik won the Dublin Bay South by-election last July.

It says a number of key areas will dominate its political agenda over the coming months - including the launch of a Renters' Rights campaign.

Main image: Leo Varadkar (centre) speaking with Simon Coveney and Heather Humphries at a press conference at the end of a Fine Gael think-in in Ballycotton, Cork in September 2019. Picture by: Eamonn Farrell/RollingNews.ie

Plan to ban the sale of turf 'won't be paused' - Ryan