Tánaiste Leo Varadkar has suggested Sinn Féin's Pearse Doherty 'needs to calm down' during a Dáil exchange on housing.

The Donegal TD suggested Mr Varadkar needed to "get real" on dealing with the issue.

He said: "You live in this city, you should understand what is happening.

"Six out of seven homes in this city are apartments - 95% of them have been bought up by institutional funds.

"They're able to do that because of you and your Government, and your time as Taoiseach, introduced sweetheart deals, that the sky-high rents of €2,500 that they charge ordinary hard-pressed families go tax free.

"That is why they are able to do it.

"And you have now exempted them from the higher level of stamp duty - despite the most senior official in the department, who is charged with drafting this legislation saying that you potentially drive the individual purchaser out of the market due to the lack of availability".

He suggested people were being deliberately locked out of home ownership.

"This is eyes wide-open stuff, Tánaiste: you and your party are deliberately locking out individuals from home ownership in relation to apartments".

Leas-Cheann Comhairle Catherine Connolly tried to inform Deputy Doherty his speaking time was up, but he continued.

"So square this for me - otherwise the only reason I can have in understanding [is] yous are in the pockets of the investment funds, and you will continue to put their interests above the interests of home owners,", he claimed. 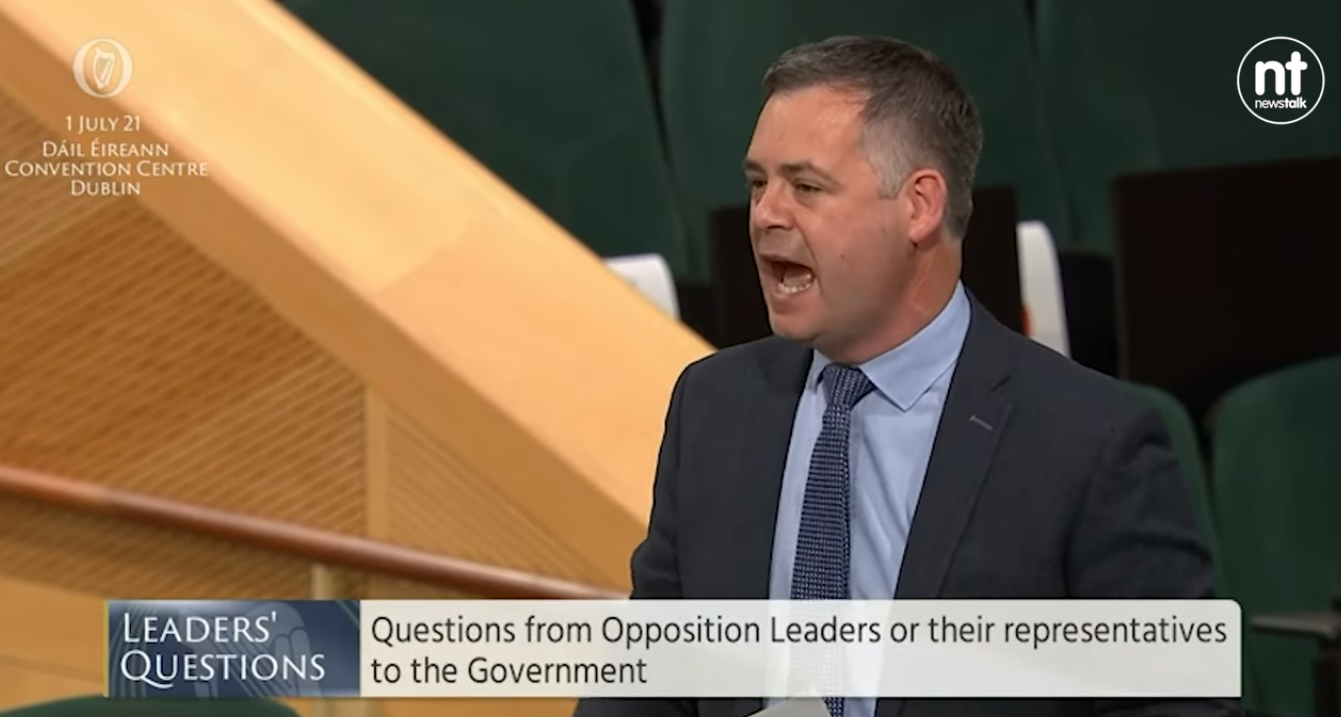 Mr Varadkar then went on to apologise to Deputy Connolly for "having to endure that display".

Speaking to Deputy Doherty, he said: "You say to me that I need to get real - well Deputy, you need to calm down.

"This constant display every Thursday of aggression, of nastiness, of fury and anger.

"It's all pre-planned - it's all just done for your social media video that you're going to put out in a few minutes time or an hour's time and everyone knows it.

"And we've displayed the fact on a number of occasions as a Government that we've been willing to change our policy where we think it needs to be changed.

"That's why we changed the law in relation to stamp duty to stop investment funds buying up houses and housing estates in the way they were."

He added: "Let's talk about the pros and cons, let's not have this display histrionics and anxiety every Thursday - it's just done for social media - you don't really care".

Rounding out the exchange, Leas-Cheann Comhairle Connolly suggested: "I don't need an apology - it's the rough and tumble of politics, and I would just ask you to cooperate. I would ask all TDs to cooperate".

Main image: Tánaiste Leo Varadkar is seen during the Dáil exchange on housing