British officials say UK Prime Minister Boris Johnson is breathing without a ventilator and has not been diagnosed with pneumonia.

It comes after he was transferred to intensive care due to persistent coronavirus symptoms on Monday.

His spokesman said Mr Johnson was "stable overnight" and remains in "good spirits".

Mr Johnson spent the night in intensive care after his symptoms worsened and he suffered breathing difficulties.

His spokesman said Mr Johnson had been receiving "standard oxygen treatment" but had not required any other help with his breathing.

He was initially admitted to St Thomas' Hospital in London on Sunday, but his health deteriorated during the course of Monday.

The decision to move him to intensive care was taken on the advice of his medical team.

It is understood he emained conscious at the time of the announcement and was moved to intensive care as a precaution should he require ventilation to aid his recovery.

British Foreign Secretary Dominic Raab is to deputise for Mr Johnson where needed.

World leaders have been sending their best wishes to Mr Johnson since the announcement. 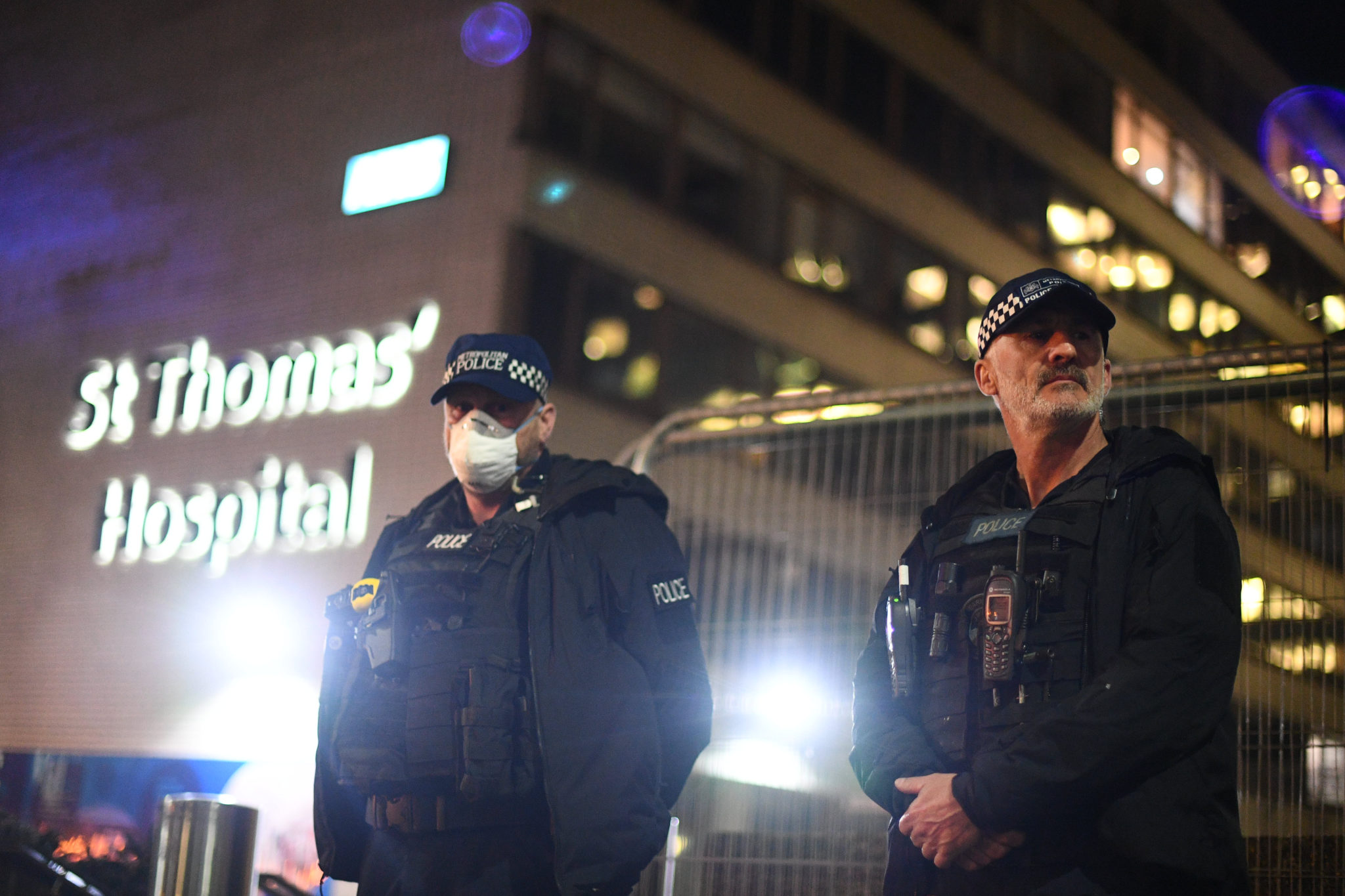 @BorisJohnson is in our thoughts tonight. We wish him a speedy recovery and a rapid return to health

Everyone in Ireland is tonight wishing @BorisJohnson well. This is a difficult time for the UK and it’s Govt. We in #Ireland wish the PM a speedy recovery.

“We are very saddened to hear that he was taken into intensive care this afternoon.

“Americans are all praying for his recovery - he's been a really good friend and something very special: strong, resolute, doesn't quit, doesn't give up.

“These are difficult days for our countries, but from strength and unity we will be able to win this battle. A hug to all the British people.”

Dutch Prime Minister Mark Rutte offered Mr Johnson's family and the British people “lots of strength” and said he “hoped to be able to speak to him soon in good health.” 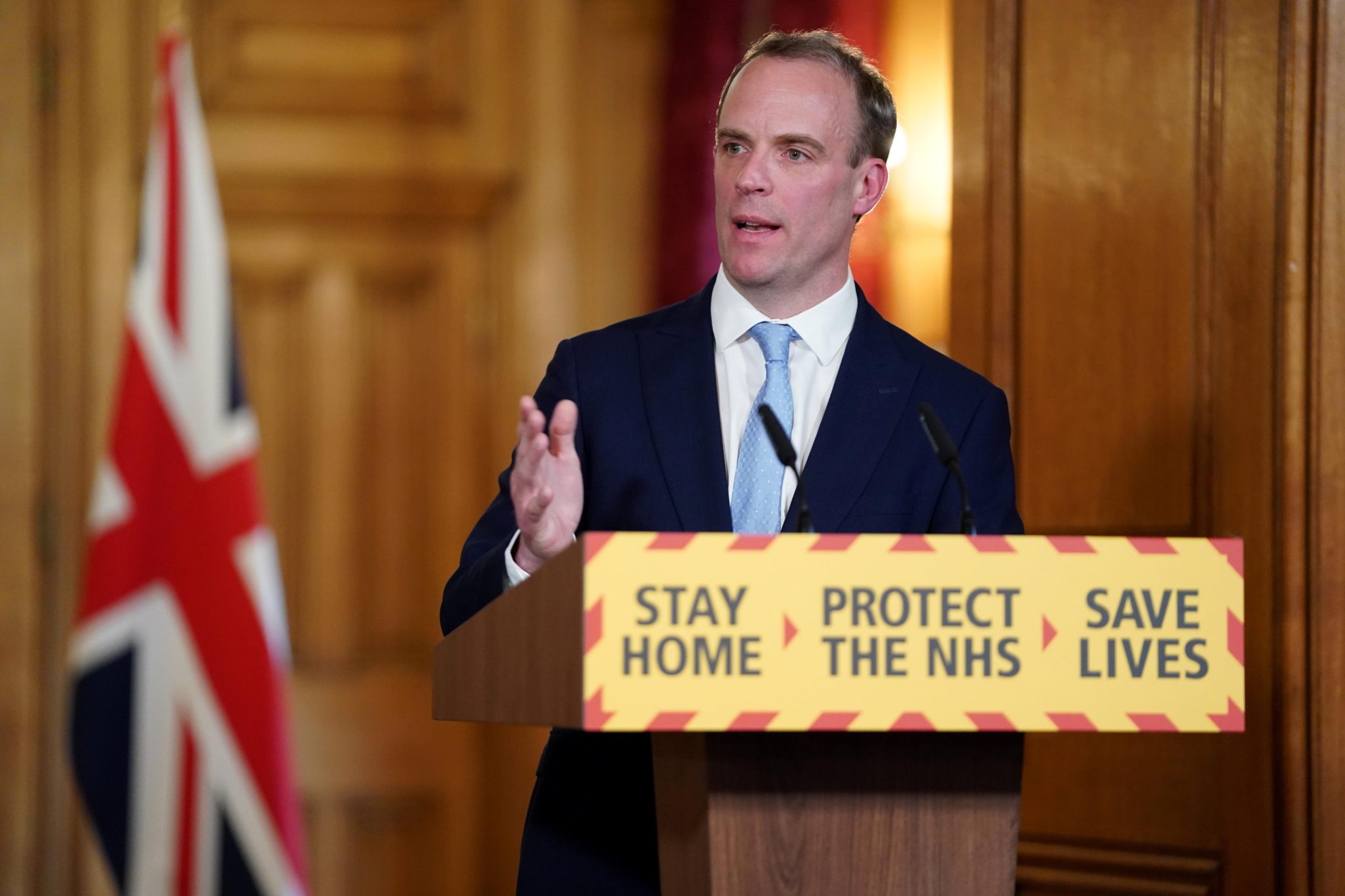 The 55-year-old was diagnosed with COVID-19 10 days ago and was taken to hospital with persistent symptoms - including a cough and high temperature.

UK Foreign Secretary Dominic Raab said Mr Johnson is getting the best of care in hospital.

“The prime minister is in safe hands with the brilliant team at St Thomas’s Hospital and the focus of the government will continue to be on making sure that, at the prime ministers direction, all the plans for making sure we can defeat coronavirus and pull the country through this challenge will be taken forward,” he said.

In a tweet before his move to intensive care, Mr Johnson struck an upbeat tone.

Last night, on the advice of my doctor, I went into hospital for some routine tests as I’m still experiencing coronavirus symptoms. I’m in good spirits and keeping in touch with my team, as we work together to fight this virus and keep everyone safe.

"Last night, on the advice of my doctor, I went into hospital for some routine tests as I'm still experiencing coronavirus symptoms.

"I'm in good spirits and keeping in touch with my team, as we work together to fight this virus and keep everyone safe."

“Intensive care is for the sickest patients,” she said.

Taoiseach concerned over Johnson's 'free for all' reopening plans