Work has begun on four streets in Dublin city which will become pedestrianised later this month. ...

Work has begun on four streets in Dublin city which will become pedestrianised later this month.

Under the plans, From Monday May 24th, the streets will be either traffic-free - or have sections of them traffic-free daily after 11.00am. 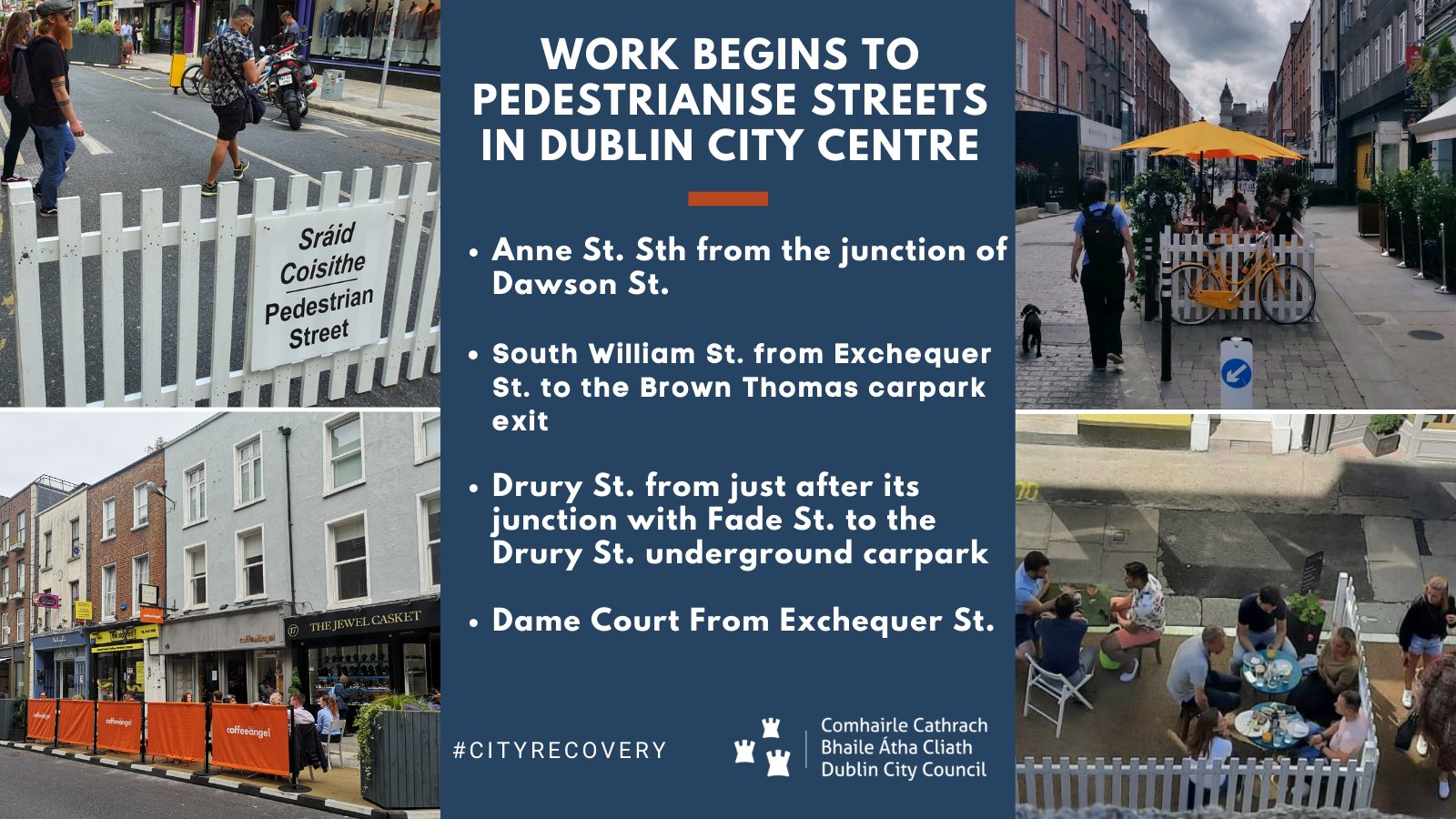 The council said the decision was made following successful weekend pedestrianisation trials, that took place over six weekends during July and August last year.

While an online survey conducted by Dublin City Council into the trials received 1,588 responses - with 95% of respondents in favour of permanently pedestrianising the streets.

Plans for pedestrianising were also issued for consultation in November 2020, with 97% of respondents in favour.

Originally scheduled to be introduced in January, the plans were put on hold when level five restrictions were introduced.

The council has said it is also working on plans to increase pedestrian and dining space in other parts of the city.

It added that it will issue further information on this "in due course."