Call for Dublin pedestrianisation plan to be extended

A business group says testing car-free streets in Dublin city should be done across the entire w...

Call for Dublin pedestrianisation plan to be extended

A business group says testing car-free streets in Dublin city should be done across the entire week, instead of one or two days.

From July 25th, a number of areas around Grafton Street will be pedestrianised over four weekends from 11.00am to 7.00pm. 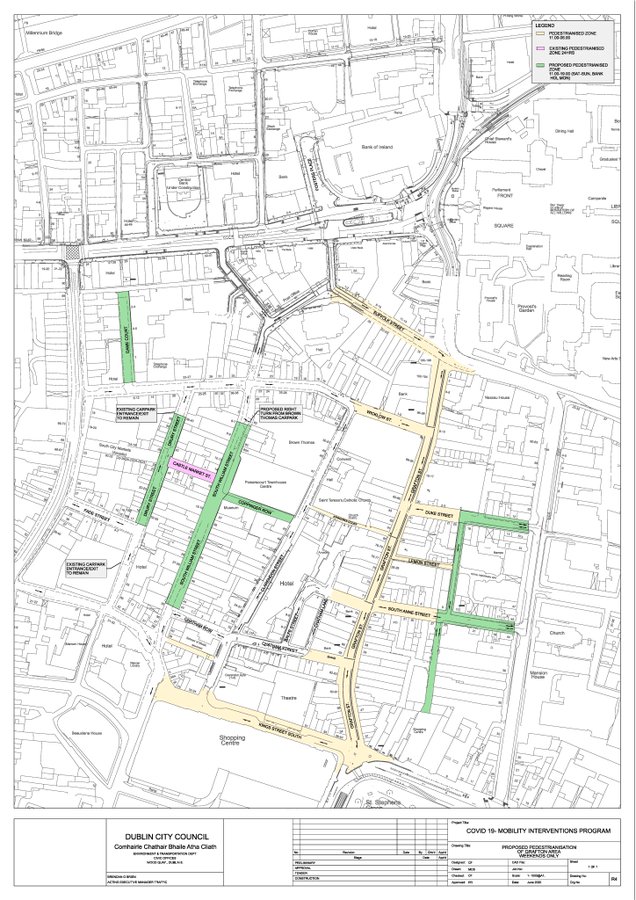 A number of measures have already been implemented to help with movement.

Although numbers have increased slightly in the last number of weeks, footfall is still well below average. 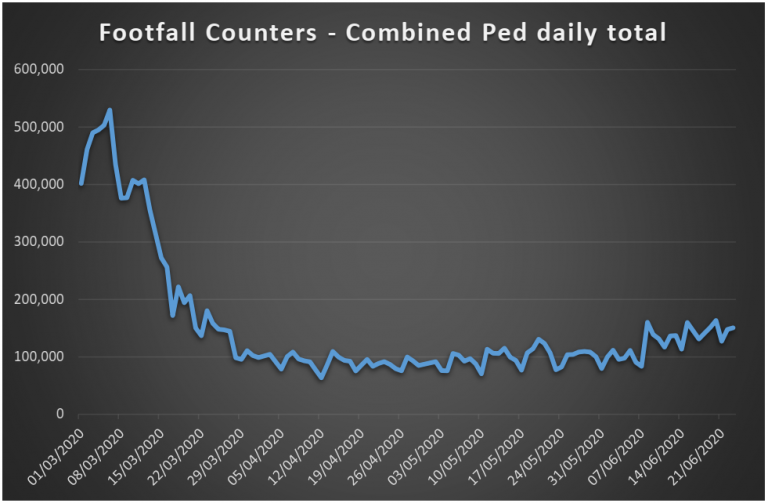 Businesses can apply to provide some temporary seating on the carriageway during the hours of the closures.

While all existing footpaths are to remain clear from street furniture and obstructions.

Access for emergency vehicles will be maintained at all times.

But business group Dublin Town says more urgency and imagination is needed from the city council to boost businesses.

It says the council should bring forward the plans.

CEO Richard Guiney says a number of businesses could collapse if steps are not taken to get more people into town.

"The current plans are due to kick-in in three weeks' time  - we think that should be brought forward.

"And it's only two days a week, and one day a week on certain streets.

"We're saying 'look, if we're going to trial it, let's trial it properly'.

"The bars and restaurants, in particular the cafés, will require support on Mondays, Tuesday and Wednesdays.

"So the early week is probably more important for them.

"We believe that stopping the pedestrianisation at 7pm is too early.

"The overall messaging that has been agreed by all of the partners - including Dublin City Council - is to encourage people to come in at their leisure and go home at their leisure."

"To be consistent with that, we believe that the pedestrianisation should continue to probably 9 or 9.30".

"The business community needs support - they're straggling, they're operating on about half of the income that they would have had previously, having been closed for a number of months.

"They really need support, and if they don't get that support - unfortunately - many of them will be forced to close; and this is particularly true in the restaurant/café sector".

He said a seven day week trial would be best: "That's how you trial it - if this is a trial for longer-term pedestrianisation, then it should be seven days".