The newly-appointed leader of the Seanad Regina Doherty says women are judged differently in pol...

The newly-appointed leader of the Seanad Regina Doherty says women are judged differently in politics, and it is women's fault.

The former social protection minister also told The Hard Shoulder that she does not want to be a minister again.

"I'm fascinated by, and I'm probably the product of it now, I see people who are giants in politics one day - and days later the power has just seeped away from them.

"But I look going back to people that I thought were absolute giants over the years and now they've quietly just resumed a different phase in their life.

Asked about losing her seat in the last general election, she said: "You try and fool yourself right up until the very end that it'll be grand and 'the boxes will go my way' or whatever.

"But I probably knew - in essence, the mood had changed.

"I have been the person that has been involved in every bun fight for the last number of years.

"You know - because I've been in this studio and every other studio - that I'm the person that's sent out to defend [the parties].

"I have felt that lightening rod from not just one political party that's now much larger than they used to be.

"It kind of wears you down a little and so your spark, or your natural tenacity, isn't what it normally should be." 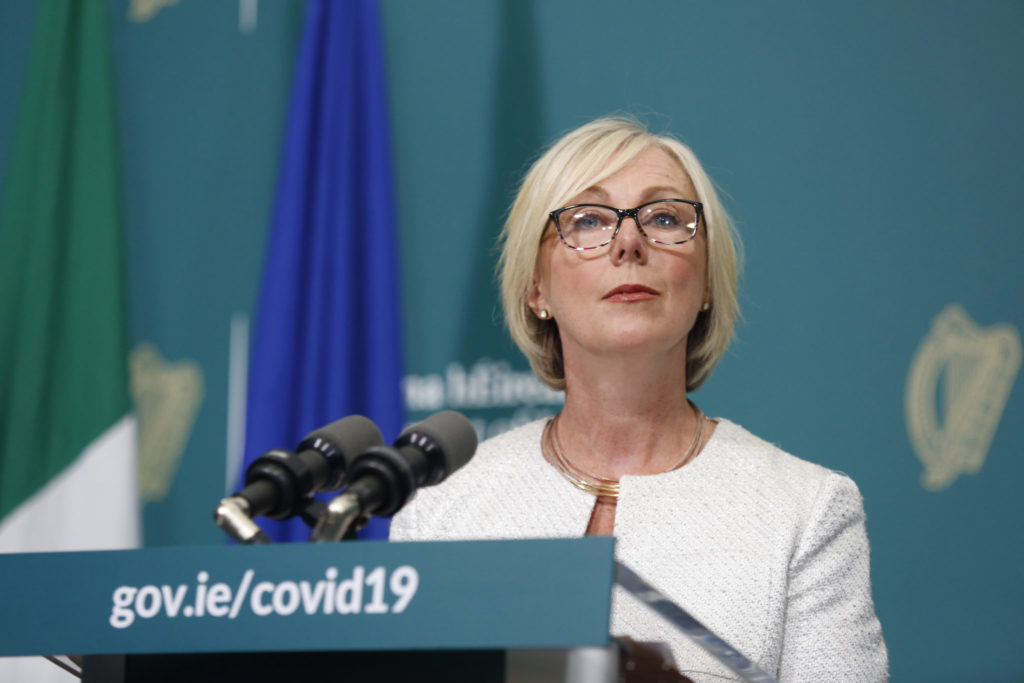 Regina Doherty briefs the media at Government Buildings in Dublin on financial supports following a meeting of Cabinet. Picture by: Leon Farrell/Photocall Ireland

Asked if this is tougher on women, she said: "Women are as tough as nails when they want to be.

"Women are definitely judged differently in politics than men are because, and it's women's fault, we judge ourselves.

"I don't know if people can see us today but the fellas are not looking at you going 'look at Ivan's lovely shirt' or 'where's his tie'.

"But they're probably saying 'look at the state of her hair'... well it's only women, definitely."

"But equally women will tell you when you look lovely".

"I'll give you an example: last Friday was my last Cabinet meeting and I had two significant announcements that I was so blessed to get over the line.

"I got the school meals programme extended for the summer, which is really badly needed, and I got a restart grant for self-employed people cause they were excluded from Heather Humphreys restart grant".

"Two significant funding announcements - and I was on the news last night, and one of my pals text me to say 'where did you get your shoes?'".

On gender representation, she suggested: "Over-compensating for the lack of representation for many years is now going to disadvantage some of our really capable men.

On her future, she said: "I don't have a hankering back to be a minister again, that box is closed.

"But I do know I love public life, I love people - it's probably the sales person in me - I love being able to fix and help something for somebody that they can't fix themselves.

"So I don't know what's in the future.

"I know what's next now, and it's a privilege to be the leader of the Seanad."