A tourism campaign based around the heavily-panned Wild Mountain Thyme film is directed towards a...

A tourism campaign based around the heavily-panned Wild Mountain Thyme film is directed towards a market that wants that part of Ireland to still exist.

That is according to Donegal Person of The Year and hospitality ambassador for Harvey's Point Hotel, Noel Cunningham.

The film was shot in Mayo in 2019 and stars Emily Blunt, Jamie Dornan and Christopher Walken.

It has been heavily criticised for its stereotyping and Irish accents.

Kevin Maher, chief film critic of The Times in Britain, has said it is "racial stereotyping of the highest order".

It comes after it was revealed the film is being used across several international markets for a tourism push.

The Irish Examiner says Tourism Ireland is spending more than €17,000 capitalising on its release in the US and Canada.

While the promotion is set to continue as the film is released in Spain, Italy, Belgium and the Nordic countries this summer.

Noel told The Hard Shoulder he is torn when it comes to this issue.

"You might be absolutely horrified and shocked for me to say that yes, there's a part of me that always sort of cringes if Tom Cruise [in Far and Away] is replayed again and again when he had that most horrendous Irish accent.

"But it's not as bad as all that, because we're a strange kind of a country.

"We, the Irish people ourselves, know that that's the representation that's sort of dead and gone... and yet we're also connected to it in a weird sort of a way.

"And our Irish staycationers wouldn't blink an eye at that advert."

He says the money that tourism brings from these type of films 'is an element of that'.

And he says the depiction of farmers and women with red hair in the countryside "sits very comfortably with a modern Ireland.

"Those same children will go on to university; I can drive through the outskirts of Dublin and see Google and lovely Irish young men and women coming out, beautifully attired having done a great day's work - that's the modern Ireland." 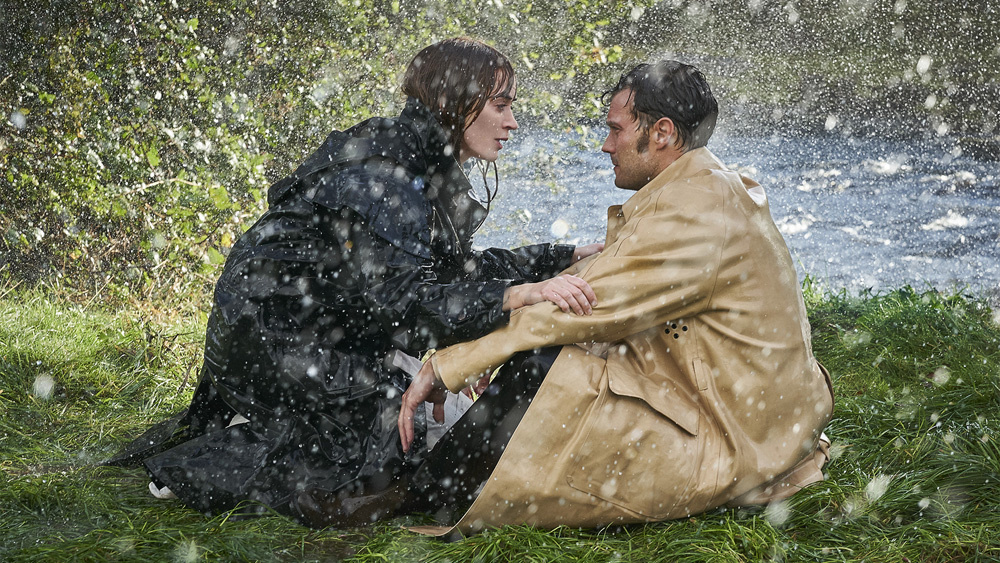 Asked if we cannot merge the two ideals, he says: "There is no doubt about it, that we could refine the message to represent our country - not just that romantic, old, days of Maureen O'Hara and John Wayne.

"A lot of those adverts are aimed at a market that still buys into that notion of Ireland: they want parts of that to still exist in Ireland."

He says some people who come here with these ideals are "utterly shocked" once they leave Dublin.

"Once they leave the capital, that up in the wilds of Donegal believe it or not we have restaurants doing fine dining and a wine list that will stand side-by-side with anything you'd find in Manhattan or downtown San Francisco.

"The American market still - and it's something in themselves - that Irishness from generations back that they still want to believe."