Former Brexit Party MEP Ann Widdecombe has claimed that the Northern Ireland protocol only applies if a trade deal between the UK and EU is agreed.

The protocol is included in the Brexit Withdrawal Agreement and is legally binding under international law regardless of whether a trade deal is agreed.

Reports this week indicate that the UK Government is now planning to pass domestic legislation that will undermine the agreement, causing fresh friction between the two sides ahead of today’s ‘make-or-break’ round of talks.

UK Prime Minister Boris Johnson has also warned that he will walk away from the negotiations if no deal is agreed by October 15th – just five weeks from now.

Meanwhile, the European Commission President Ursula von der Leyen has warned that there will be no deal unless the UK honours the agreement it signed less than seven months ago.

On Newstalk Breakfast this morning, former Conservative MP Ann Widdecombe claimed the Withdrawal Agreement only applies if a trade deal is a greed.

“[Boris Johnson] hasn’t said, right, we are now just going to tear this up,” she said.

“He has said that we now need to have very firm arrangements in place in the UK for what happens if there is a no deal Brexit – which is looking more and more likely.

“Part of those arrangements have to be working out how we are going to deal with the issue of EU goods, services and people and the Irish border. It is quite inevitable that we have got to look at that if we leave without a deal.

“The Withdrawal Agreement was always seen as the background to a deal – the basis on which we can go ahead and make a deal.

“If there is not going to be a deal then we are in a completely different situation. Nobody has said and nobody would say, we are just going to tear it up will-nilly. We are saying we have to make due preparations for no deal – and we do.”

She said the UK would “fully honour” the Good Friday Agreement but suggested new arrangements would be needed on the border if no new trade deal is agreed.

“We care very much about protecting Northern Ireland as part of the UK,” she said.

“But because we also fully honour the Good Friday Agreement, we do not want to see a hard border. But nevertheless, there is a point now where there is a land joining between the UK and the EU and arrangements have got to be made for dealing with that. 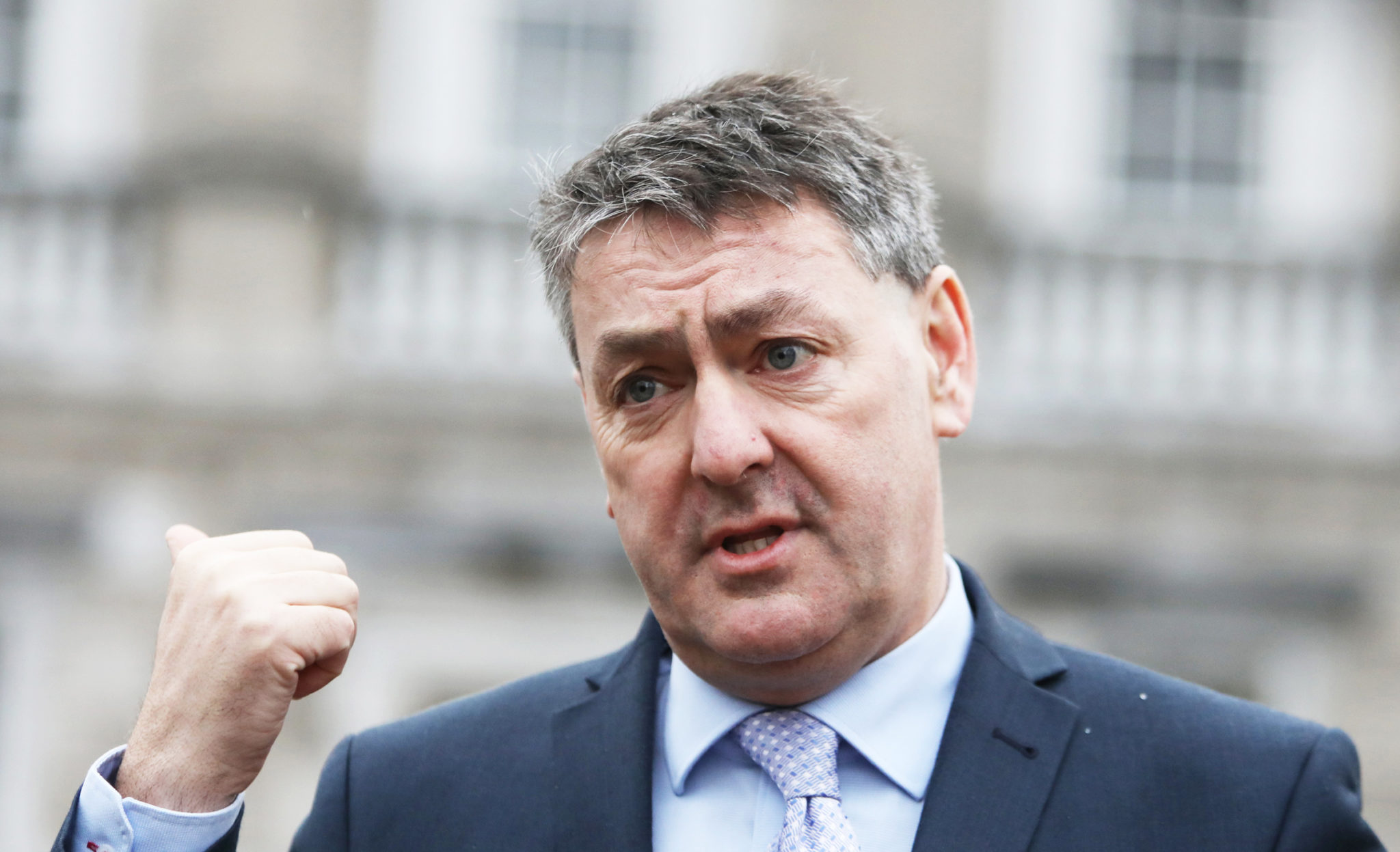 Meanwhile, Irish MEP Billy Kelleher told the programme that the Brexit Withdrawal Agreement is an international treaty that has already been passed by Westminster and endorsed by Mr Johnson.

“If the UK Government decides to amend the Withdrawal Agreement legislation that it passed last year with great fanfare in the House of Commons and was endorsed with great fanfare in the European Parliament by members of the Brexit Party and others, it would seem to indicate that they either were unaware of what they were voting on previously or they don’t have word and honour in terms of standing by agreements they have made,” he said.