White Christmases are rare in Ireland - but they do happen

If there’s one thing that get Irish people more excited than a regular Christmas, it’s the pr...

White Christmases are rare in Ireland - but they do happen

If there’s one thing that get Irish people more excited than a regular Christmas, it’s the prospect of a White Christmas.

A classic mainstay of festive literature, film and television, the traditional image of Christmas Day is very much that of a pleasant snowy evening - a gentle snowfall, with a healthy blanket of the white stuff on the ground.

If you’re Irish, you know that Irish Christmases usually aren’t quite so idyllic. We get cold weather, that’s for sure, and if we’re unlucky maybe some rain. But snow? That’s a rare treat indeed.

Rare… but not impossible.

Many in Ireland will recall Christmas 2010 as the only traditional White Christmas we’ve enjoyed in recent decades. ‘Enjoyed’ might not be the right word, mind you, since that Christmas Day was preceded and proceeded by the most persistent wintery weather in recent memory.

Ireland tends to shut down when there’s heavy snow, and that can get challenging after the novelty wears off for most after a day or two - not to mention the very real difficulties snow can cause for many people as soon as it starts to stick.

2010 aside, how often exactly does Ireland experience snow on Christmas Day?

A few points to make before we answer that. Firstly, Ireland is not particularly susceptible to snow in general due to our climate conditions, but that’s particularly the case during the early winter months. It’s January and February that we’re most likely to have snow rather than December.

Secondly - and importantly - there are different ways of classifying a White Christmas. For many, it’s obviously that postcard image of a decent blanket of snow on the ground as the flakes continue to fall.

But for others - some bookies included - it’s officially a White Christmas if you get a few snowflakes falling on the day. It doesn’t matter if it sticks or not: snow is snow.

With that in mind, you have two ways of classifying White Christmases in Ireland. 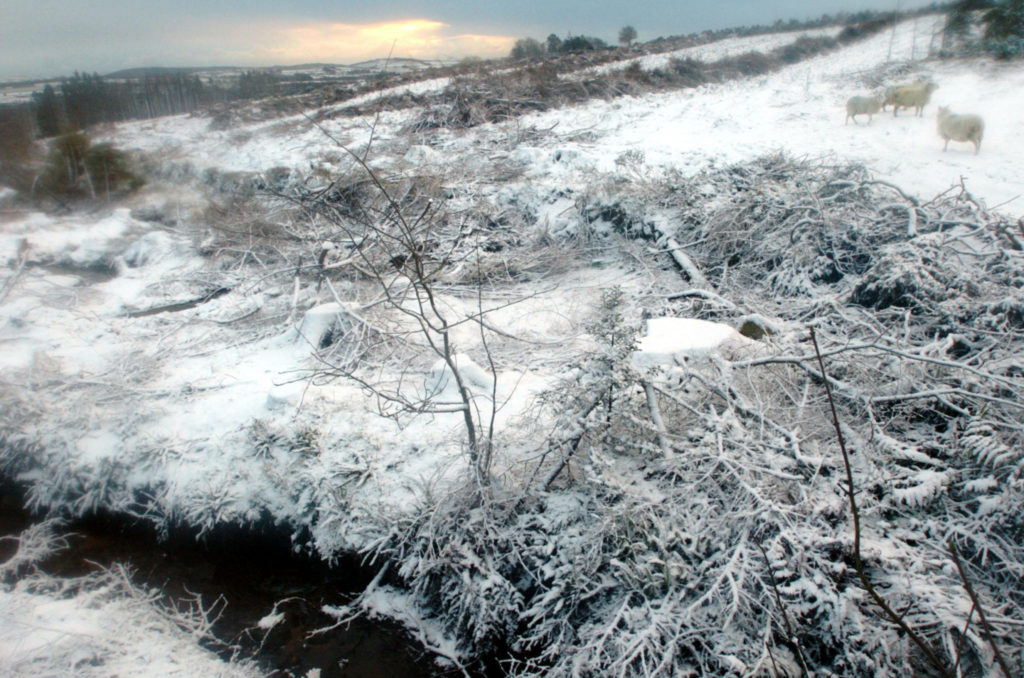 As you might expect, out of those years 2010 was indeed an exceptional year - that saw the maximum depth of snow ever recorded on December 25th, with 27cm at Casement Aerodrome.

According to Met Éireann’s overall data (including over 70 years worth of details), the statistical likelihood of snow falling at Dublin Airport (a major monitoring station) on Christmas Day is around once every 5.9 years.

Of course, this all goes back to the overall potential for snow in Ireland. While January and February are the most common months for snow, it’s not unusual for snow to fall during the November to April period - and sometimes even May or September.

It also differs from place to place. As Met Éireann explains: “During the winter, sea temperatures are warmer than land which can often lead to rain around the coasts but snow a few miles inland.

“Rain showers may fall as snow on higher ground as temperature generally decreases with altitude. The number of days with snow cover is quite variable from year to year.”

So there you have it: a White Christmas is uncommon in Ireland, but there’s always a chance. Not long to wait now until we find out whether we can add one more year to the list...