WhatsApp responds to GAA calls for clubs to stop using it

The messaging service WhatsApp says it encourages all organisations to take a "privacy-first appr...

WhatsApp responds to GAA calls for clubs to stop using it

The messaging service WhatsApp says it encourages all organisations to take a "privacy-first approach" to using its service.

It comes after the GAA called on its clubs to stop using groups on the app to communicate.

It is in relation to concerns around data protection and consent.

As every GAA club processes their member's data, they fall under the remit of General Data Protection Regulation (GDPR) legislation.

"If a club basically sets up a fundraising group on WhatsApp, there could be about 100 people in that WhatsApp group within the club.

"Fifty or 60 may not know each other, may not have each other's numbers.

"And then suddenly once the club puts them all into the same WhatsApp group they have their phone numbers, their name and their photograph shared with everybody else in the group without ever giving their consent to do so".

"There are another few issues with WhatsApp as well: so if there was group set up and an individual puts unsuitable material into a group, and then exits the group, the club has no authority to be able to remove that material afterwards".

In a reply, a WhatsApp spokesperson told Newstalk.com: "We encourage all organisations to take a privacy-first approach, as the GAA has done here, and to be mindful of the wishes of individuals whose personal data they control.

"WhatsApp also has a number of built-in tools which put individual users in control of their group interactions.

"This includes a 'Group Privacy Setting' which enables users to decide, at a very granular level, who can add them to a group.

"This can be found in settings under privacy then groups within the WhatsApp app." 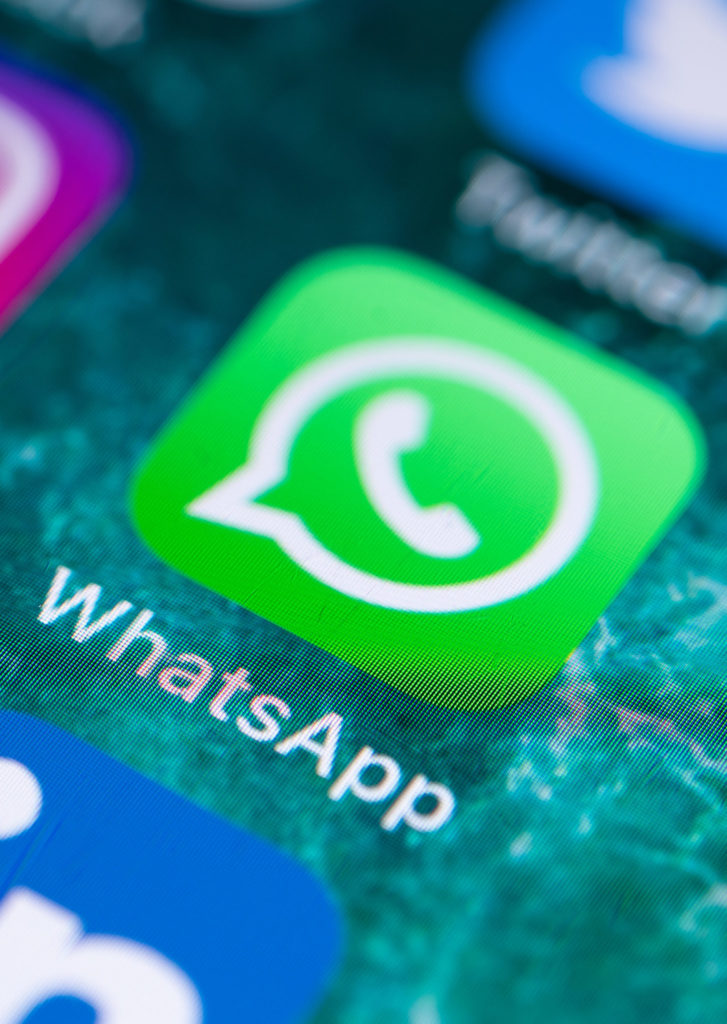 The WhatsApp message app is displayed on the screen of an iPhone | Image: Fabian Sommer/DPA/PA Images

"In addition, a feature called 'group invitation links', allows individual WhatsApp users join a group by clicking on an invitation link that has been generated by the group admin.

"This feature enables users to join a group of their own accord."

"We would also encourage users to think before they share content on any platform or service, including in WhatsApp groups."

Meanwhile the the Data Protection Commission has said the use of WhatsApp groups by sporting organisations do not present a data protection issue - if they are operated correctly.

Consent is the normal legal basis for their use.

Graham Doyle is the deputy commissioner at the Data Protection Commission.

"From a data protection perspective, one of the issues that we look at is your legal basis for processing personal data in general terms.

"So in circumstances such as the use of WhatsApp groups, consent is normally the legal basis that's used".

"There are data protections considerations that must be given - you cannot just go and decide to set up a group chat and just stick everybody's name and number into it.

"There are data protection elements to it.

"But in general terms, data protection - if it's done properly - there isn't an issue in terms of these group chats".

More than one billion people in over 180 countries use WhatsApp, according to the Facebook-owned company.

While some 90% of messages sent via the app are from one individual user to another.