A new report from the Data Protection Commission has revealed a 70% increase in the total number ...

A new report from the Data Protection Commission has revealed a 70% increase in the total number of valid data security breaches last year.

This is the first report detailing the work of the Irish data protection authority since the introduction of the General Data Protection Regulation (GDPR) in May last year. 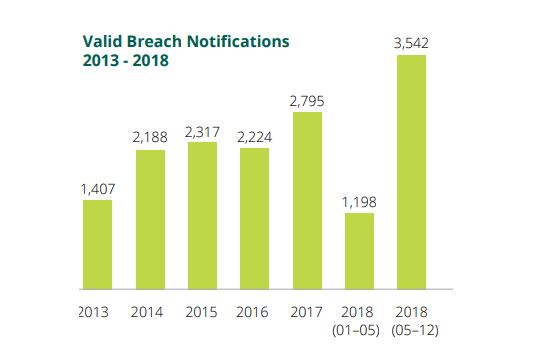 There were also 136 cross-border processing complaints through a new One-Stop-Shop mechanism, lodged by individuals with other EU data protection authorities.

The commission also opened 31 own-volition inquiries into the surveillance of citizens by the State for law-enforcement purposes.

This surveillance was done through the use of technologies such as CCTV, body-worn cameras, automatic number-plate recognition (ANPR) enabled systems and drones.

The report said work also continued in relation to the special investigation into the Public Services Card (PSC).

While 15 statutory investigations were opened in relation to the compliance of certain technology companies with the GDPR.

There were 32 new complaints investigated in respect of various forms of electronic direct marketing: 18 related to e-mail marketing; 11 related to SMS (text message) marketing and three related to telephone marketing. 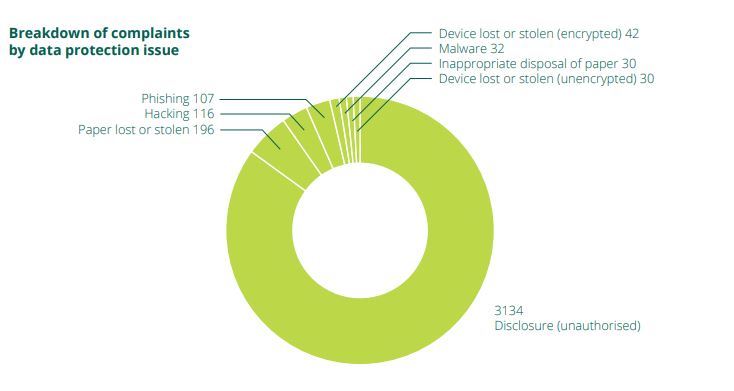 A number of these investigations were concluded with successful District Court prosecutions by the Data Protection Commission.

Following a recruitment campaign last year, 25 new staff had joined the commission by the end of December - with a further 25 coming on board in January 2019 - bringing total staff levels to 135.

Data Protection Commissioner Helen Dixon said: "The rise in the number of complaints and queries demonstrates a new level of mobilisation to action on the part of individuals to tackle what they see as misuse or failure to adequately explain what is being done with their data."

On the impact the introduction of GDPR has had, Ms Dixon added: "Although we are still in the stage of having to bust some myths and misunderstandings that have built up around the GDPR, we feel very optimistic about the improvements we will see in Ireland in personal-data-handling practices over the next few years."