The World Health Organisation's Special Envoy on COVID-19 has said what is happening in India 'co...

The World Health Organisation's Special Envoy on COVID-19 has said what is happening in India 'could well happen in other places'.

Dr David Nabarro was speaking as the country announced yet another record number of cases and deaths in the last 24 hours - with 379,257 new cases and 3,645 new deaths.

It comes as Ireland donated 700 oxygen concentrators, personal protective equipment (PPE) and medical essentials to India as part of international efforts to help.

Dr Nabarro told Pat Kenny the world needs to respond together to this - as nearly 75% of all coronavirus vaccines have gone to just 10 countries.

"Internationally, we have a very skewed situation... the majority of vaccines that are being distributed to people in the world today are going into the arms of people in the wealthier countries.

"Yet the global situation is really very serious indeed.

"With surges of the disease being very much brought to our attention from India, but we're also seeing surges in many other countries as well.

"What this means is that the global pandemic is advancing very, very ferociously - and if we're going to enable people in the world to be protected against the effects of this virus, it's got to be an equitable distribution of vaccines.

"Right now, we are concerned that there is still a concentration of vaccination in the wealthy countries - and the poor countries are just getting what's leftover.

"Our view is that we have to approach this as a global issue - we have a limited stock of vaccines, and it's time that we quickly moved to a global response that seeks to distribute vaccines more fairly".

Low cases 'does not mean living as we used to'

He said cases are seeing an uptake in several other regions.

"We are watching what's happening in so many other parts of the world.

"If you look at the current situation of numbers of cases occurring in different places - we're seeing upticks in numbers from the Middle East, from Latin America, and also from eastern Asia as well as south Asia.

"The basic message that I'm saying to everybody is what's happening in India could well happen in other places. 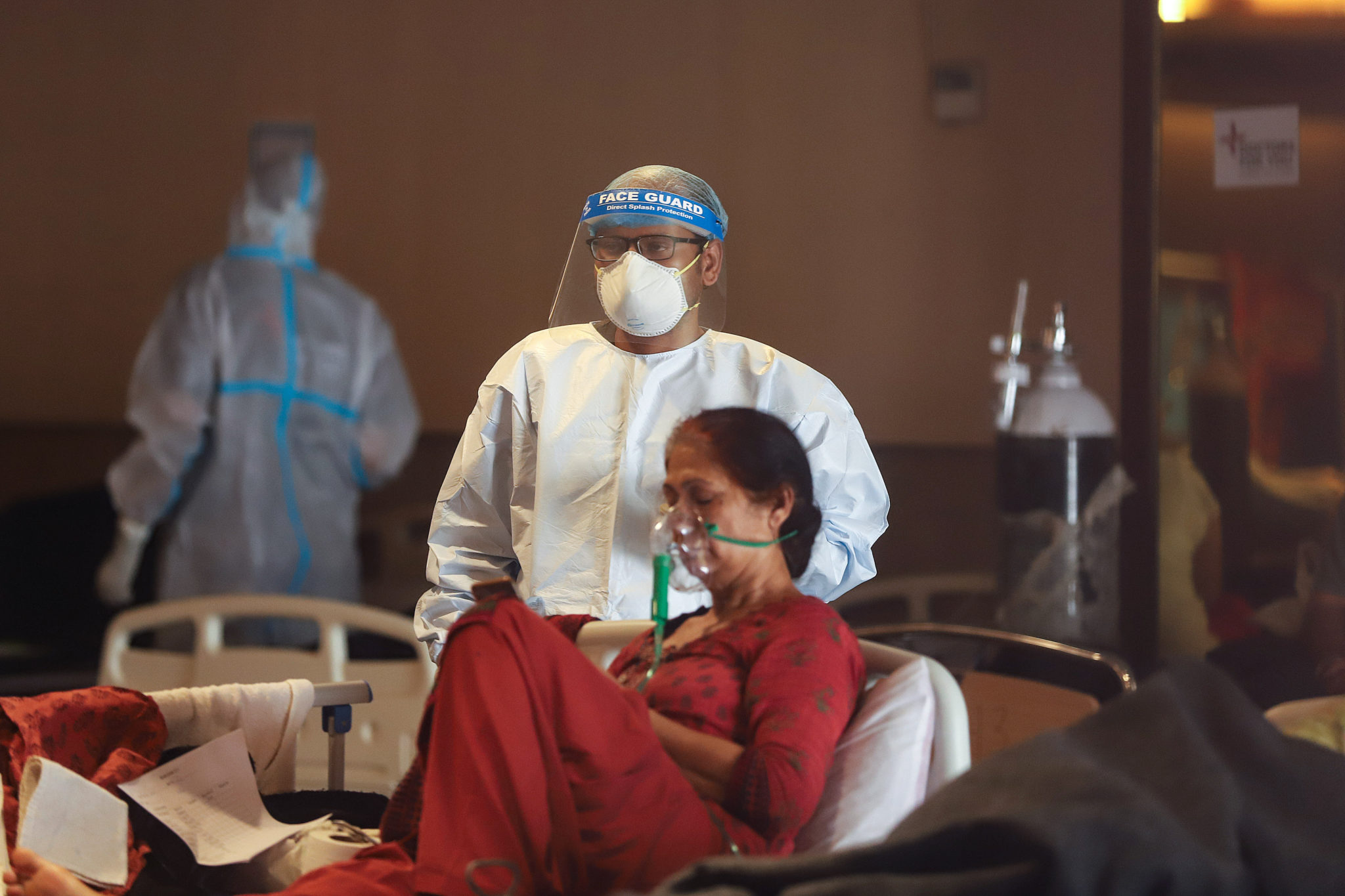 "What matters is everybody, everywhere needs to continue to apply the basic precautions that we've been talking about for the last few months."

He said this includes physical distancing, wearing masks and isolating with any signs of illness.

"We must not assume that just because numbers are low that that means we can go back to living as we used to.

"There's got to be continued caution for the foreseeable future, even though this is really irritating for people.

"Otherwise we will get a build up of cases again, and we can't assume that just having had large numbers of people vaccinated will stop the threat.

"The threat is still there and we must go on being careful".

Dr Nabarro said he hopes countries will use a fair system to distribute excess or unused vaccines.

"Initially I think it will be wealthy countries saying 'Well, we've got a bit leftover' or 'We've got vaccines that we're not going to use' and they should be made available more widely.

"We hope that countries will use the international scheme - what's called COVAX - as their way of sharing.

"I think it'll just take a bit of time.

"The situation is looking a bit better in that more and more leaders are talking openly about the vital importance of sharing.

"It's this, by the way - it's really saying that the world is in a situation where no one country, or no one group of people, are going to be safe until we're all safe".