A US actress has told a court she felt like she had a seizure as Harvey Weinstein raped her after...

A US actress has told a court she felt like she had a seizure as Harvey Weinstein raped her after barging into her apartment and pinning her to the bed.

Annabella Sciorra, best known for playing Gloria Trillo in 'The Sopranos', went face to face with Weinstein at his trial in New York.

The alleged attack happened in the early 1990s and Sciorra told the court: "I was punching him. I was kicking him. I was just trying to get him off of me."

She said the film producer overpowered her, grabbed her hands and held them over her head.

"I didn't have very much fight left inside me," she testified.

"My body shut down. It was just so disgusting that my body started to shake in a way that was very unusual.

"I didn't even know what was happening. It was like a seizure or something."

Ms Sciorra (59) is the first of Weinstein's accusers to testify at the trial.

'The Hand that Rocks the Cradle' star only went public with the allegations in 2017, after keeping it between herself and a few others for more than 20 years.

She told the court that when she confronted Weinstein about a month after the alleged rape, he replied: "That's what all the nice Catholic girls say," before leaning in and warning: "This remains between you and I."

Weinstein denies all the charges and says all sexual contact with his accusers was consensual. 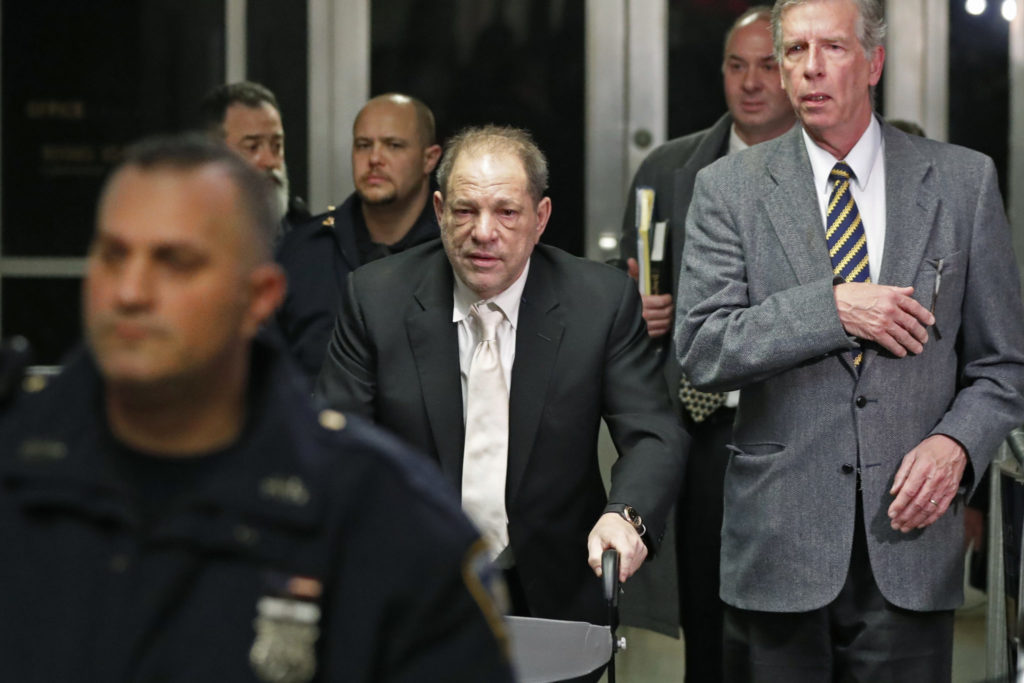 Prosecutor Meghan Hast also told the jury on Thursday that Weinstein tormented Sciorra for several years after the alleged attack in late 1993 or early 1994.

She said it culminated in an incident at the Cannes Film Festival in 1997, when he allegedly showed up at her hotel door in his underwear with some baby oil.

Sciorra did not contact police because she feared reprisals from the Hollywood mogul, the court was told.

Weinstein's lawyer, Damon Cheronis, said in his opening statement that he would robustly challenge the actress's version of events.

He told the jury that Sciorra had once told a friend the encounter was consensual - that she had done "a crazy thing and had sex with Harvey Weinstein".

"She didn't describe it as rape because it wasn't," Mr Cheronis claimed.

Since 2017, more than 80 women, including several famous actresses, have accused Weinstein of sexual misconduct dating back decades - although his New York trial involves only two allegations.

Ms Sciorra's claim is too old to be charged as a separate crime.

However, prosecutors hope it will sway the jury considering the two charges - that he forcibly performed oral sex on a production assistant in his apartment in 2006, and raped an aspiring actress in a Manhattan hotel in 2013.

Once the New York trial is over, Weinstein faces additional rape and sexual assault charges in Los Angeles which were filed earlier this month.

If convicted, he could face life in jail.