An Offaly publican says he cannot offer customers 'the craic and music' anymore, but has changed ...

An Offaly publican says he cannot offer customers 'the craic and music' anymore, but has changed his business model.

Ger Hough of JJ Houghs Singing Pub in Banagher believes pubs should be allowed to re-open with restrictions.

It comes after the National Public Health Emergency Team (NPHET) recommended pubs which do not serve food should remain closed for several more weeks.

Ger told Lunchtime Live that he has adapted his own business model.

"Pubs can operate, I think they're the safest place to socialise - look at other countries: the data shows there has been no outbreak due to pubs.

"And look to other industries: If you look at the Irish Spa Association, they put together a dossier and did a lot of expensive work and research and they got the Government to open the salons earlier.

"That's an intimate kind of treatment, so if other industries can do it why can't we?"

"What we're doing is a closed door policy, it's 'booking only' because we have limited space, so people text in and I'll put them in the book and I'll give them their time slot.

"They have a pizza and they have their few pints and their chat - it's limited to six per table.

"At the beginning it was really, really tough to get used to it - it was new ground for me.

"But people have started to accept it now and it's actually working quite well".

"We also operate a takeaway service - so instead of the front door, I have what I created - a 'go window' - in early May.

"It's for guys that want to bring a pint home or a cocktail".

"We mix them and we bottle them and seal them, and put our own little stickers on them". 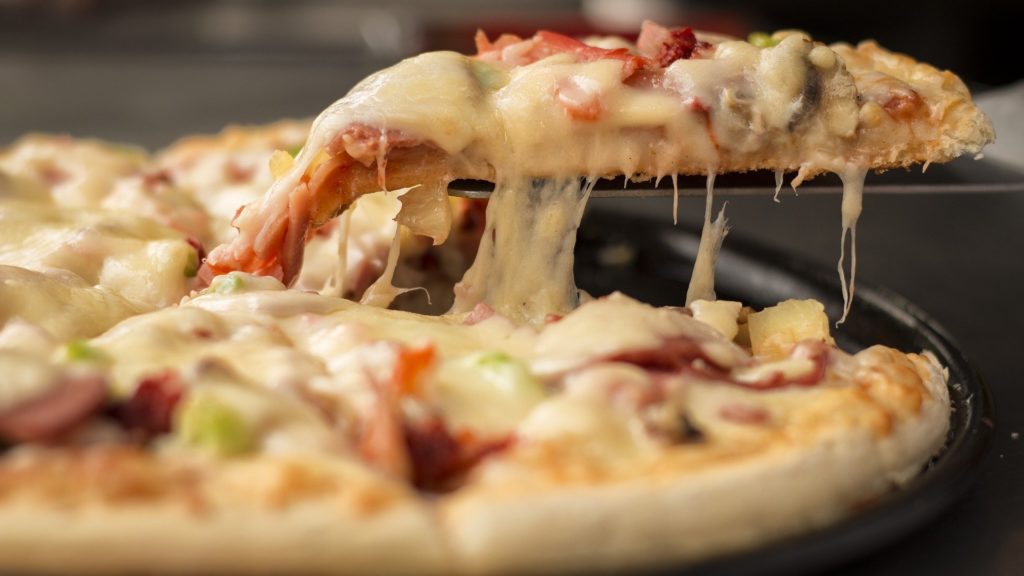 Pizza, it seems, is the answer. Image by marcos vega from Pixabay

"We were famous for the craic and music and all, we can't offer that anymore.

"So we're just trying to give some kind of normality.

"We are a social creature... when the cave men sat around the fire telling stories - humans live through story, and stories are passed around in pubs.

"I believe we can still do that... my point would be, basically, vintners could come forward with a proposal - similar to what the Irish Spa Association did - on how to operate.

"In a pub people only ever see the big nights, they see the packed out nights.

"That's all you'll ever put on social media anyway cause you want to show it like you're doing well.

"But 99.9% of the time the pub is pretty much empty, and you rely on the one big night.

"I think just paying people to sit at home and do nothing isn't helpful either.

"I think maybe if the Government or vintners or someone comes forward with a training programme, how to pivot your business, how to operate under the new guidelines - this could be a new normal for a long, long time".

"We opened on July 10th and it's going well since, I have to say.

"It was a huge step for us, there was a lot to deal with as regards courses to be done.

"We'd a team meeting here and I just said to the team how did they feel about opening; one comment that I got before we opened was that we'd be on the frontline.

"We'd be bringing people in, we wouldn't know - but I suppose a key thing is that safety is a priority."

On those who cannot open, he said: "I think any business that has been open with a kitchen knows about hygiene.

"And it's just about rolling it out into the pub area and just being a bit more cautious... it's a different environment now.

"Pubs that are closed if they're going to provide a safe environment, then I've no problem with them being open at all."

"If they provide a safe environment I've no problem with that, I think it'd be a great thing".