The Luas operator Transdev has launched an appeal to motorists, pedestrians and cyclists to remem...

The Luas operator Transdev has launched an appeal to motorists, pedestrians and cyclists to remember that seconds could change their life.

It has released a video showing some near misses, and big impacts, involving pedestrians and cars.

"Luas trams travel on a fixed track; trams cannot swerve, trams take time to break and stop, and coming into contact with a tram can result in a serious injury or fatality", it says.

While motorists and cyclists are breaking red lights.

Luas is 15 years old this June, with passenger services on the Luas Green Line having started on June 30th 2004.

Some 42 million passenger journeys were made on the Luas network in 2018.

One serious contact with a vehicle resulted in a tram derailing, while two people died after being struck by a tram. 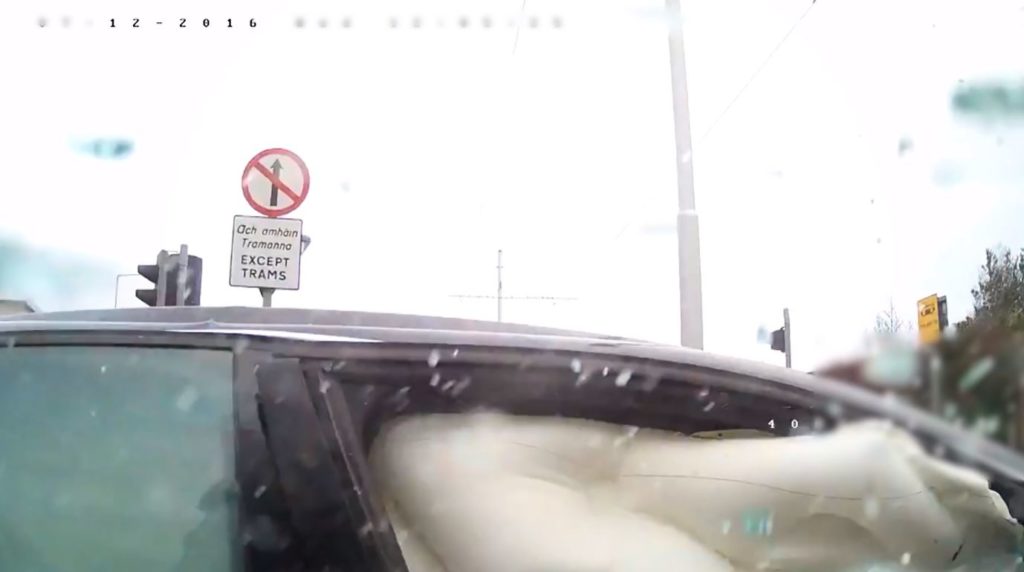 Tram contacts with both pedestrians and vehicles have slightly increased in 2019 to date.

"Regretfully, as a result of recent incidents involving pedestrians, cyclists, and motorists, Transdev has released new tram CCTV footage which shows motorists and cyclists deliberately breaking red lights at tram tracks - giving a wave or mouthing an apology - and pedestrians, some young kids, walking out in front of oncoming trams."

Seamus Egan is managing director of Transdev: "People have become familiar with Luas, and with familiarity sometimes comes complacency.

"A tram is on a fixed track, it cannot swerve, and it needs more time to break than a road vehicle.

"Motorists, who often visibly speed up to cross a road junction as opposed to slowing down, need to be more mindful of the potential consequences of their actions.

"Not only is the motorist gambling with his or her life and the lives of others, a collision with a tram results in significant delays to, or curtailment of service for Luas customers.

"When a collision with a tram does occur, Luas passengers are left waiting for the emergency services to deal with the incident before the all-clear can be given for the Luas service to resume."

Advice from Luas to pedestrians and road users is to always remember to: