WATCH: Bodybuilder (82) takes on burglar who broke into her home

An 82-year-old bodybuilder says a burglar who broke into her home picked the wrong house.

Willie Murphy used a table and even her own body to stop the man before police arrived.

She lives alone in Rochester in the US state of New York, but spends most of her day at her local YMCA lifting weights.

The retired social worker is able to dead-lift more than 100 kilograms and holds records at state and national level.

She won a competition earlier this year.

The man, who was reportedly drunk, broke into her home last Thursday. 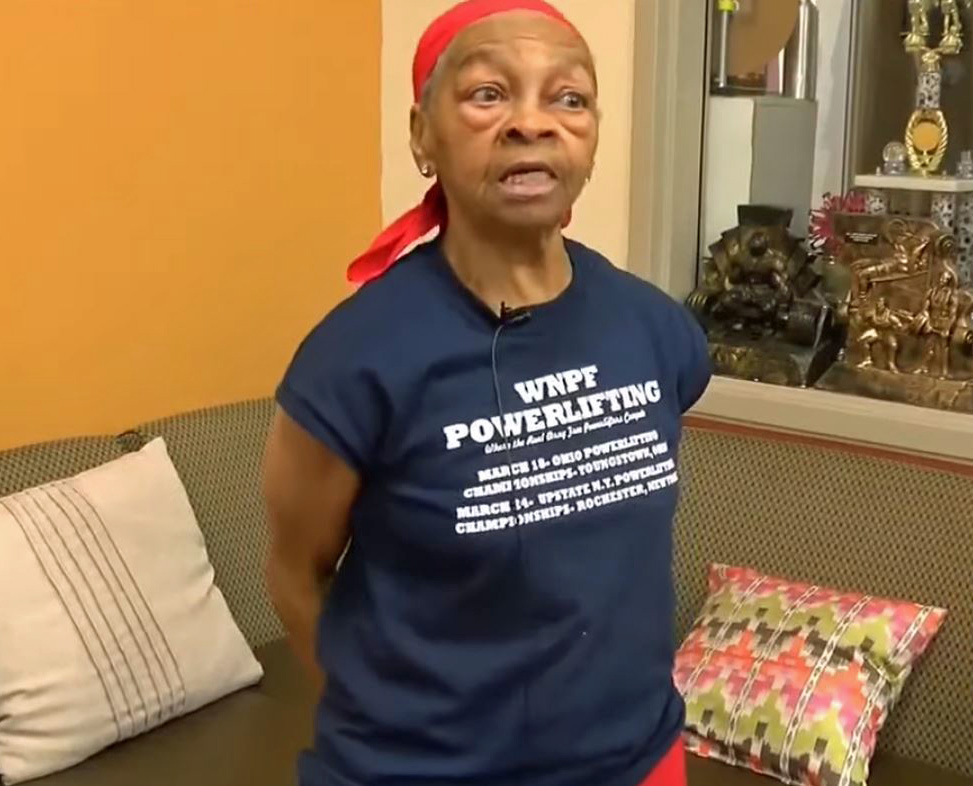 Ms Murphy said the man knocked on her front door: "He was outside saying 'please call an ambulance because I'm sick'".

She said she called the police, but did not let the man inside.

It was then she heard a noise and realised he was now inside her home.

"I heard a loud noise, and I'm saying to myself 'what the heck is that' - the young man is in my home [and] broke the door."

She said she grabbed a nearby table, which broke on the intruder - who fell to the floor.

"I took that table and I went to working on him, and guess what? The table broke".

Ms Murphy said after the man fell to the floor she was "jumping on him".

"He's laying down already, because I had really did a number on that man".

New York police described Ms Murphy as "tough as nails" as she posed with some of the officers that responded to her home.

Local media reports the man was hospitalised, while Ms Murphy is not pressing charges.