Leo Varadkar has told his parliamentary party that schools could remain closed well into April o...

Leo Varadkar has told his parliamentary party that schools could remain closed well into April or May because of the coronavirus.

The Taoiseach said there will be big increases in the numbers of people testing positive over the next few days - and that the benefits of social distancing won't be seen for five or ten days.

He also noted that the the number of positive tests will increase sharply up until then.

The PP also agreed to continue talks about forming the next government. The meeting "heard Fine Gael will lead the rebuilding of the Irish economy again."

Which sounds to me like a government is game on

The two leaders are said to have agreed "on the need to keep in contact and align their actions, in so far as possible, on the matter".

This evening's phone call came a day after Mr Johnson announced the closure of UK schools from tomorrow - a week after the Government here announced school closures.

In a statement following the call, the Government here said: "The Prime Minister outlined the steps he announced yesterday to close the schools. The Taoiseach welcomed this decision which had brought a greater closeness between the position in Ireland and Northern Ireland.

"They also discussed developments in Europe and internationally and agreed on the importance of close co-operation in the context of the operation of the common travel area between Britain and Ireland."

Meanwhile, the Dáil has this evening passed a bill giving emergency powers to the Government to restrict the movement of people and increase some social welfare payments.

Only around 50 of the 160 TDs were allowed to attend the Dáil session today due to social distancing measures in effect in the Chamber. 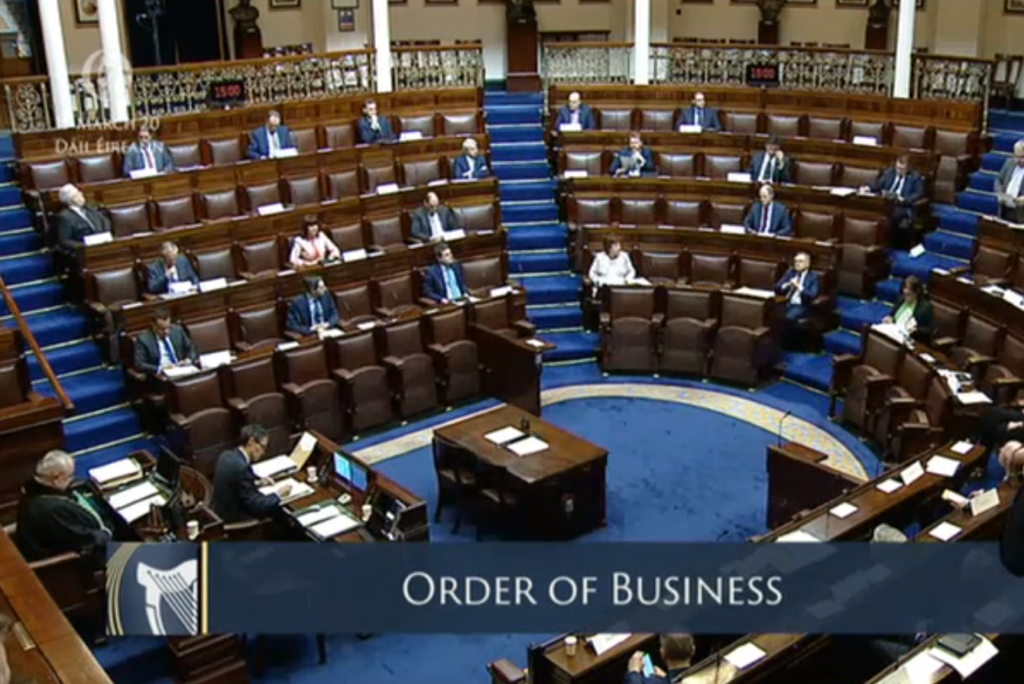 The legislation passed all stages in the Dáil during today's session, and will move to the Seanad tomorrow.

The measures are set to expire on November 9th following a last minute amendment to the legislation.

Health Minister Simon Harris rejected criticism that said that was too long a period for the measures to be in place.

He told deputies: "Picking a date is something of an arbitrary process.

"Let's be clear: we can't wish this virus away, and it's going to be with us for many months, and none of us know exactly how long.

"It seems prudent to me that we would put in a date of November to ensure that, if there is a point in time where this House can't meet... that we still have the powers that we need."