Tributes are being paid to US country music legend Kenny Rogers, who has died at the age of 81. T...

Tributes are being paid to US country music legend Kenny Rogers, who has died at the age of 81.

The Grammy-winning star, whose career spanned six decades, "passed away peacefully at home from natural causes under the care of hospice and surrounded by his family", his representative said in a statement.

He is best known for a series of hits - including 'Islands in the Stream', 'Coward of the County' and 'The Gambler'.

Rogers, who also enjoyed success in partnership with Dolly Parton, had announced a farewell tour in 2015 but had continued performing until 2017.

Paying tribute, Dolly Parton said: "I loved Kenny with all my heart, my heart's broken and a big old chunk of it has gone with him today.

"And I think that I can speak for all his family, his friends and fans when I say that I will always love you."

Holding a photo of the two of them, Parton added tearfully: "God bless you Kenny, fly high - straight to the arms of God".

You never know how much you love somebody until they’re gone. I’ve had so many wonderful years and wonderful times with my friend Kenny, but above all the music and the success I loved him as a wonderful man and a true friend. pic.twitter.com/hIQLIvt8pr

Houston-born Rogers, known for his trademark husky voice and silver beard, sold tens of millions of records and broke through into the world of pop.

He also gained fame as an actor, starring in TV movies based on 'The Gambler' and other songs, making him a superstar in the 1970s and 80s.

However, despite his crossover success, he always preferred to be thought of as a country singer.

"And I chose that way because I could never be better than Johnny Cash or Willie or Waylon at what they did.

"So I found something that I could do that didn't invite comparison to them. And I think people thought it was my desire to change country music. But that was never my issue." 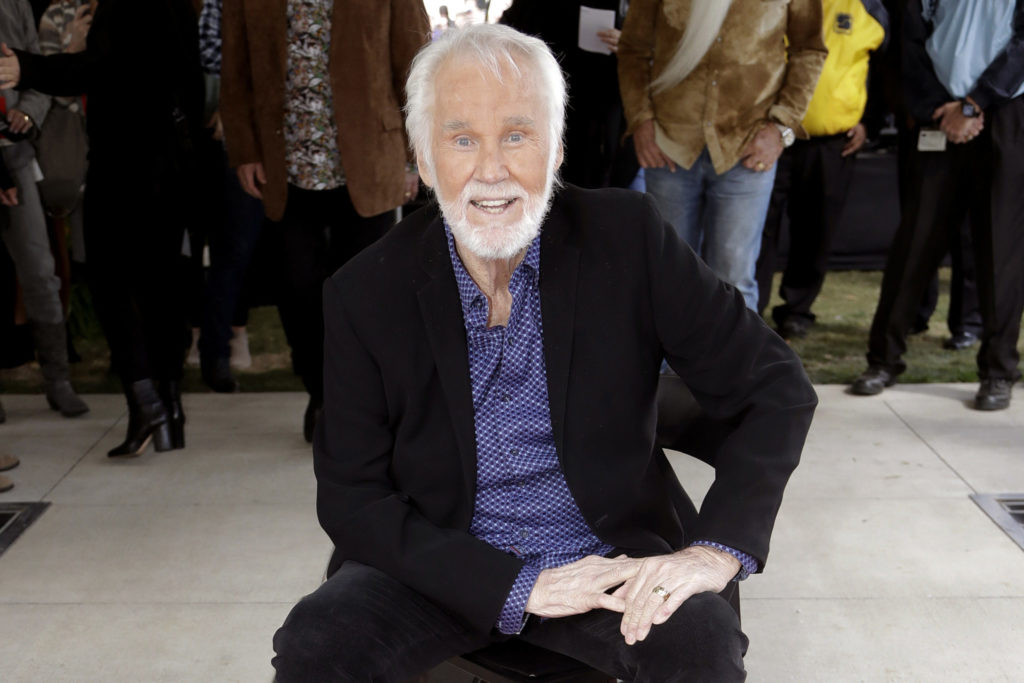 Kenny Rogers poses with his star on the Music City Walk of Fame in Nashville, Tennessee in 2017 | Image: Mark Humphrey/AP/Press Association Images

His background was a real rags-to-riches story, befitting of a country singer, having been brought up in public housing together with seven siblings.

Striking out on a solo career in 1974, his first big hit was with the sad country ballad 'Lucille', in 1977, which crossed over to the pop charts and earned Rogers his first Grammy.

'The Gambler', which came out in 1978, became his signature song with the refrain: "You gotta know when to hold 'em, know when to fold 'em."

One of his biggest successes was 'Lady', written by Lionel Richie, which topped the charts for six weeks straight in 1980.

While he often worked with female duet partners, his most memorable pairing was with Parton, who he toured with around the world.

They last performed together at his all-star retirement concert, held in Nashville in 2017.

Although by the 1990s his chart hits had faded, he still remained a popular live entertainer with regular touring.

As well as being a keen photographer that led to several books, he was also a successful businessman, owning a chain of restaurants called Kenny Rogers Roasters.

He had a brief chart comeback in 2000, with the hit 'Buy Me A Rose', which event earned him his first No 1 country song in 13 years.

Rogers' family is planning a private service "out of concern for the national COVID-19 emergency".

A public memorial will be held at a later date.