US authorities investigate illnesses following use of vaping products

The US Food and Drug Administration (FDA) has opened an investigation into recent illnesses follo...

US authorities investigate illnesses following use of vaping products

The US Food and Drug Administration (FDA) has opened an investigation into recent illnesses following the use of vaping products.

It follows reports of a multistate outbreak of severe pulmonary disease, associated with e-cigarette product (devices, liquids, refill pods, and/or cartridges) use.

The investigation is ongoing and has not identified a cause - but all reported cases have a history of using e-cigarette products.

E-cigarettes are devices that deliver an aerosol to the user by heating a liquid that usually contains nicotine, flavourings, and other chemicals.

They can also be used to deliver marijuana or other substances.

The FDA says it remains "deeply concerned" about these incidents and is working closely with the US Centres for Disease Control and Prevention (CDC), as well as state and local public health partners to investigate them as quickly as possible.

The FDA is also giving US consumers information to help protect themselves.

"In particular, many of the samples tested by the states or by the FDA as part of this ongoing investigation have been identified as vaping products containing tetrahydrocannabinol (or THC, a psychoactive component of the marijuana plant) and further, most of those samples with THC tested also contained significant amounts of vitamin E acetate," the FDA explains.

"Vitamin E acetate is a substance present in topical consumer products or dietary supplements, but data are limited about its effects after inhalation."

The FDA says while it does not have enough data to conclude that vitamin E acetate is the cause of the lung injury in these cases, the agency believes it is prudent to avoid inhaling it.

"Because consumers cannot be sure whether any THC vaping products may contain vitamin E acetate, consumers are urged to avoid buying vaping products on the street, and to refrain from using THC oil or modifying/adding any substances to products purchased in stores." 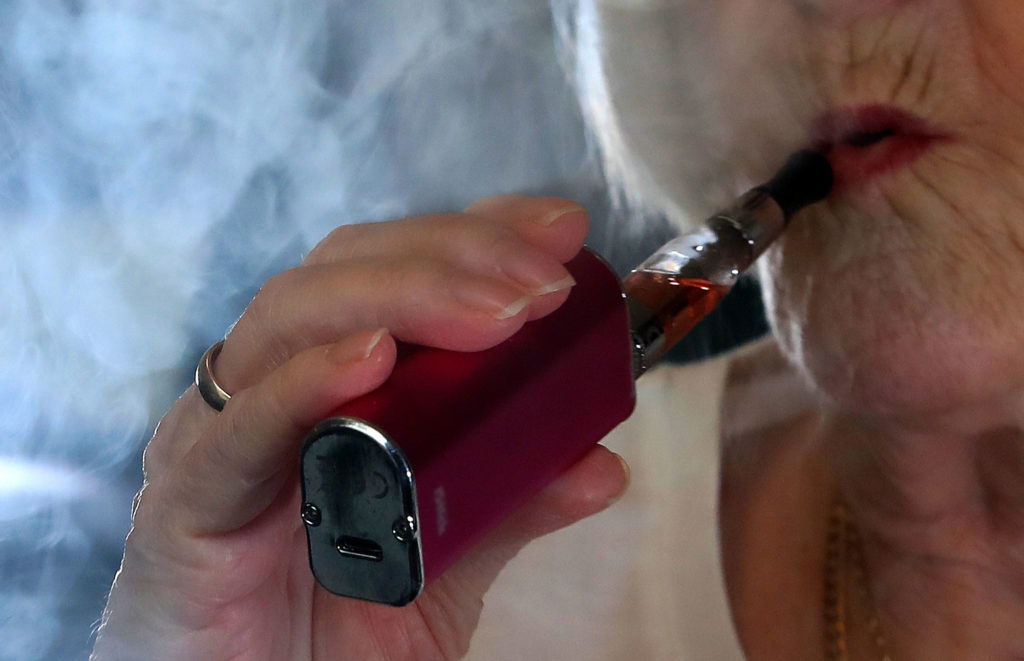 It also says "no youth" should be using any vaping product - regardless of the substance.

At least one of the associated deaths that has been publicly disclosed appears to have been related to illicit THC vaping products.

In many cases of illness reported by the states, patients have acknowledged recent use of THC-containing vaping products while speaking to healthcare personnel, or in follow-up interviews by health department staff.

"It's important to note that more information is needed to better understand whether there's a relationship between any specific products or substances and the reported illnesses", the FDA adds.

It is analysing samples submitted by a number of states for the presence of a broad range of chemicals: including nicotine, THC and other cannabinoids - along with cutting agents/diluents and other additives, pesticides, opioids, poisons, heavy metals and toxins.

But no one substance has been identified in all of the samples tested.