German politician Ursula von der Leyen has been voted in as the new president of the European Com...

German politician Ursula von der Leyen has been voted in as the new president of the European Commission.

Her position was ratified by 383 votes in favour on Tuesday night - with 327 against and 22 abstentions.

She is set to take office on November 1st for a five-year term.

The minimum number of votes required was 374.

After the vote she thanked MEPs in several European languages, including Irish.

Ms von der Leyen, who is the first woman to take on the role, said ahead of her election she would be willing to allow another Brexit extension for the UK beyond October 31st.

Earlier she said the UK's decision to leave the EU was "a serious decision - we regret it, but we respect it".

Mrs von der Leyen explained: "The European Union has worked hard to organise the orderly departure of the United Kingdom.

"The withdrawal agreement concluded with the government of the United Kingdom provides certainty where Brexit created uncertainty."

Mrs von der Leyen said the deal reached with British Prime Minister Theresa May preserves the rights of citizens, as well as preserving peace and stability on the island of Ireland.

She added: "These two priorities are mine too.

"However, I stand ready for a further extension of the withdrawal date should more time be required for a good reason."

The German defence minister also committed to submit a plan for a 'Green Deal for Europe' and a European Climate Law within her first 100 days in office. 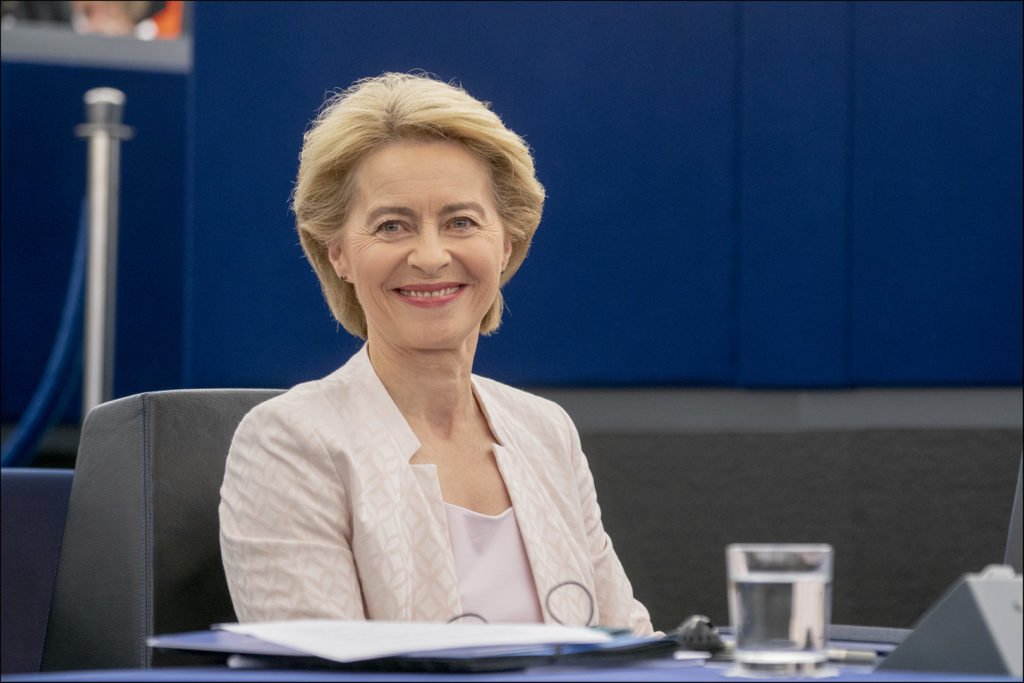 She announced plans for sustainable European investment to provide €1 trillion in investments within a decade.

Ms von der Leyen also stressed that the EU must establish an economy that serves the people.

In order for this to happen, she said: "Everyone needs to share the burden" - including tech giants that conduct their business in Europe.

European Parliament President David Sassoli said: "On behalf of parliament, I congratulate you on your election as president of the European Commission.

"Now begins a very important phase for the European institutions; we will have to prepare for the hearings of the Commissioners-designate, which, as you know, will be very thorough on the part of the members of this parliament.

"We expect that the issues you spoke about today in front of the plenary chamber will also be examined in depth and followed up by the members of your college during the hearings in the competent parliament committees."

Speaking earlier this month, the Taoiseach Leo Varadkar said Ms von der Leyen, who is a member of the same political group as Fine Gael, would have the support of Fine Gael MEPs.
"I think it's going to be good for Europe over the next five years to have that leadership.

"I think that sends a message again that Europe is leading on gender equality, ahead of other parts of the world".