The Taoiseach Leo Varadkar has said he is "particularly pleased" that women have been nominated t...

The Taoiseach Leo Varadkar has said he is "particularly pleased" that women have been nominated to two top European Union jobs.

The German Defence Minister Ursula von der Leyen has been proposed as head of the European Commission, to replace Jean-Claude Juncker.

The current head of the International Monetary Fund (IMF), French woman Christine Lagarde, has been put forward to be the next president of the European Central Bank (ECB).

The Belgium Prime Minister Charles Michel has been proposed to take over from Donald Tusk as president of the European Council. 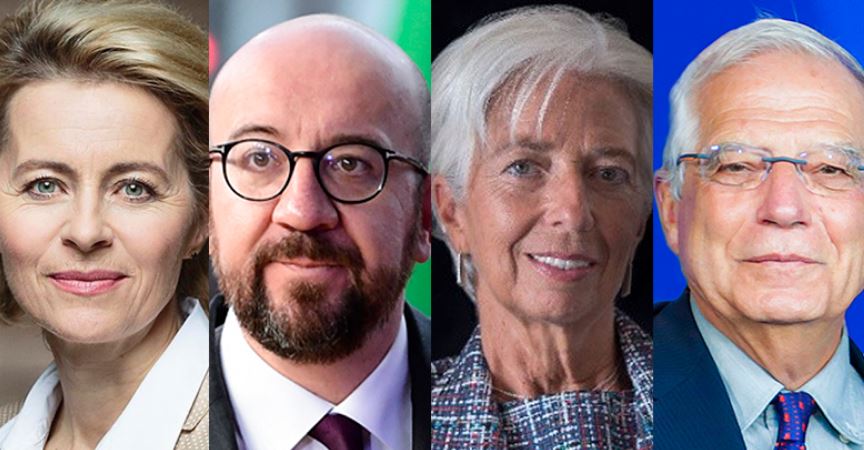 Ms Lagarde has said she will "relinquish" her responsibilities as managing director of the IMF during the nomination period.

"I am honoured to have been nominated for the presidency of the European Central Bank", she said in a statement.

"In light of this, and in consultation with the Ethics Committee of the IMF executive board, I have decided to temporarily relinquish my responsibilities as managing director of the IMF during the nomination period."

Their nominations will be sent to the European Parliament for approval.

The decision was made after an unusually long three-day summit.

Outgoing President of the European Council, Donald Tusk, admitted it had taken "longer than planned" but that they were "still on time"

He said: "First and foremost, we have chosen two women and two men for the four key positions. A perfect gender balance.

"I am really happy about it. After all Europe is a woman. I think that it was worth waiting for such an outcome."

"It will now be for the European Parliament to consider Ursula von der Leyen for Commission President."

Ms von der Leyen has indicated she intends to nominate Frans Timmermans and Margrethe Vestager as the highest-ranking vice-presidents of the commission.

The challenge was to name a group of new leaders that respects the bloc's political affiliations, geography and population size.

Michel Barnier, the EU's chief Brexit negotiator, hailed the "great team for Europe, at a time when we will be facing many common challenges."

A great team for Europe, at a time when we will be facing many common challenges.

While Mr Varadkar said he was happy with the outcome.

"I think it's going to be good for Europe over the next five years to have that leadership.

"I think that sends a message again that Europe is leading on gender equality, ahead of other parts of the world".

Mr Varadkar added that Mr Michel is "a friend of Ireland, a friend of mine - somebody who's Belgian as well and they understand Brexit, because they're going to be affected by it, too".

"And Christine Lagarde - somebody we know very well in Ireland - heading up the ECB, who'll continue the policies of Mario Draghi - particularly around keeping interest rates low."

Mr Varadkar added that Ms von der Leyen, who is a member of the same political group as Fine Gael, would have the support of Fine Gael MEPs.

Any candidate needs an absolute majority in the European Parliament (half of the existing MEPs plus one, i.e. 376).

If the candidate does not obtain the required majority, the member states need to propose another candidate within a month's time.