A number of unions have signed an agreement with the building contractor of the National Children...

A number of unions have signed an agreement with the building contractor of the National Children's Hospital.

It commits to ensure compliance with the Sectoral Employment Order (SEO) for the construction industry at the St James's Hospital site in Dublin.

The protocol agreement was signed Thursday in central Dublin.

It commits BAM Building, as the main contractor on the hospital, to ensuring that all sub-contractors and agencies operating on the site comply with the construction SEO that sets "minimum standards of pay and conditions for workers."

This protocol is the first of its kind in 40 years. 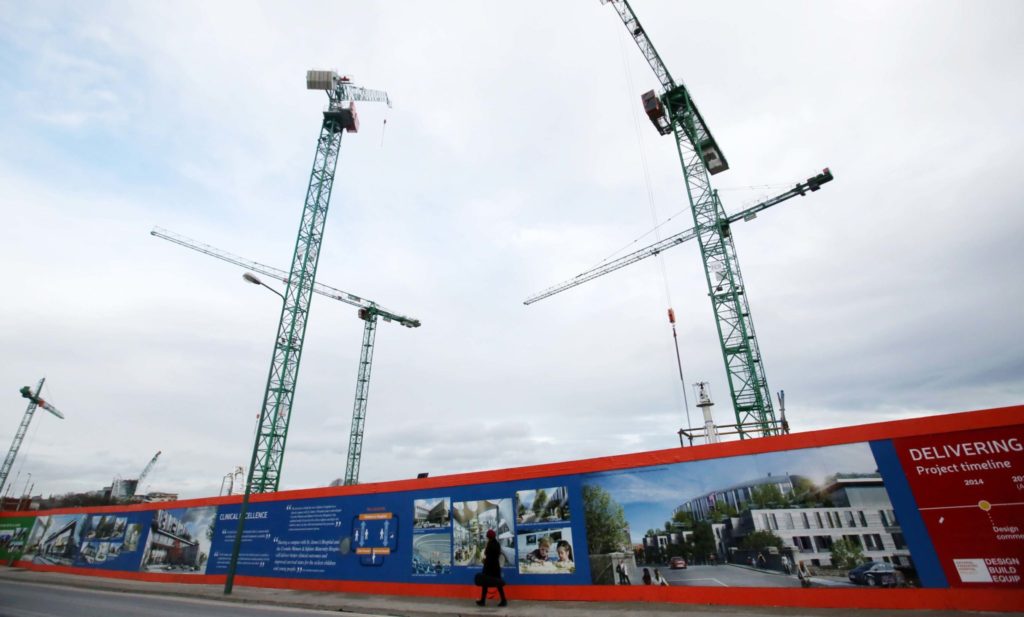 SIPTU sector organiser John Regan explained: "The agreement stipulates that union organisers will have access to the site and direct contact with workers in order to ensure they are receiving their legal minimum entitlements for the full duration of the building of the National Children's Hospital.

"The agreement also provides for meetings every two months between union organisers and BAM senior management."

It also contains a commitment to direct PAYE employment for all workers on the site.

SIPTU said this will ensure workers are "not forced into bogus self-employment" which it says is "a major problem" in the construction industry.

Mr Regan added: "SIPTU is calling on the Construction Industry Federation to adopt this protocol agreement as a template for its member companies on how to co-operate with unions on all public and private building projects.

"SIPTU representatives are looking forward to making sure that the thousands of workers on the National Children's Hospital site will receive their minimum legal entitlements and are not subjected to any form of exploitation."

The hospital is currently due to open in April 2023.

The estimated cost of the project has risen by €450m to €1.7bn since it was first announced by the Government.