The Union Jack should be flown above government buildings in Northern Ireland every day of the ye...

The Union Jack should be flown above government buildings in Northern Ireland every day of the year, according to the DUP.

Earlier this week, the British Government called on local authorities in England, Scotland and Wales to fly the flag as a sign of British national identity.

Since the signing of the Good Friday Agreement, the flag is generally only flown from Government buildings in the North on around 20 days each year.

The new guidance from Westminster has led to unionist calls for the North to follow Britain and fly the flag throughout the year.

On Newstalk Breakfast this morning, DUP Brexit spokesperson Sammy Wilson said it is just as divisive to say the flag should not be constantly flown in Belfast as it is to say it should.

“You go abroad and the Government buildings are always marked by the national flag," he said.

"The agreement when the Belfast Agreement was made was that the flag would only fly on designated days was because that was what happened in the rest of the UK.

“Now that the UK has decided that the flag is going to fly 365 days a year, in keeping with our membership of the UK and in keeping with the restrictions that were placed in the past being removed, then I think it is right that it should happen in Northern Ireland.” 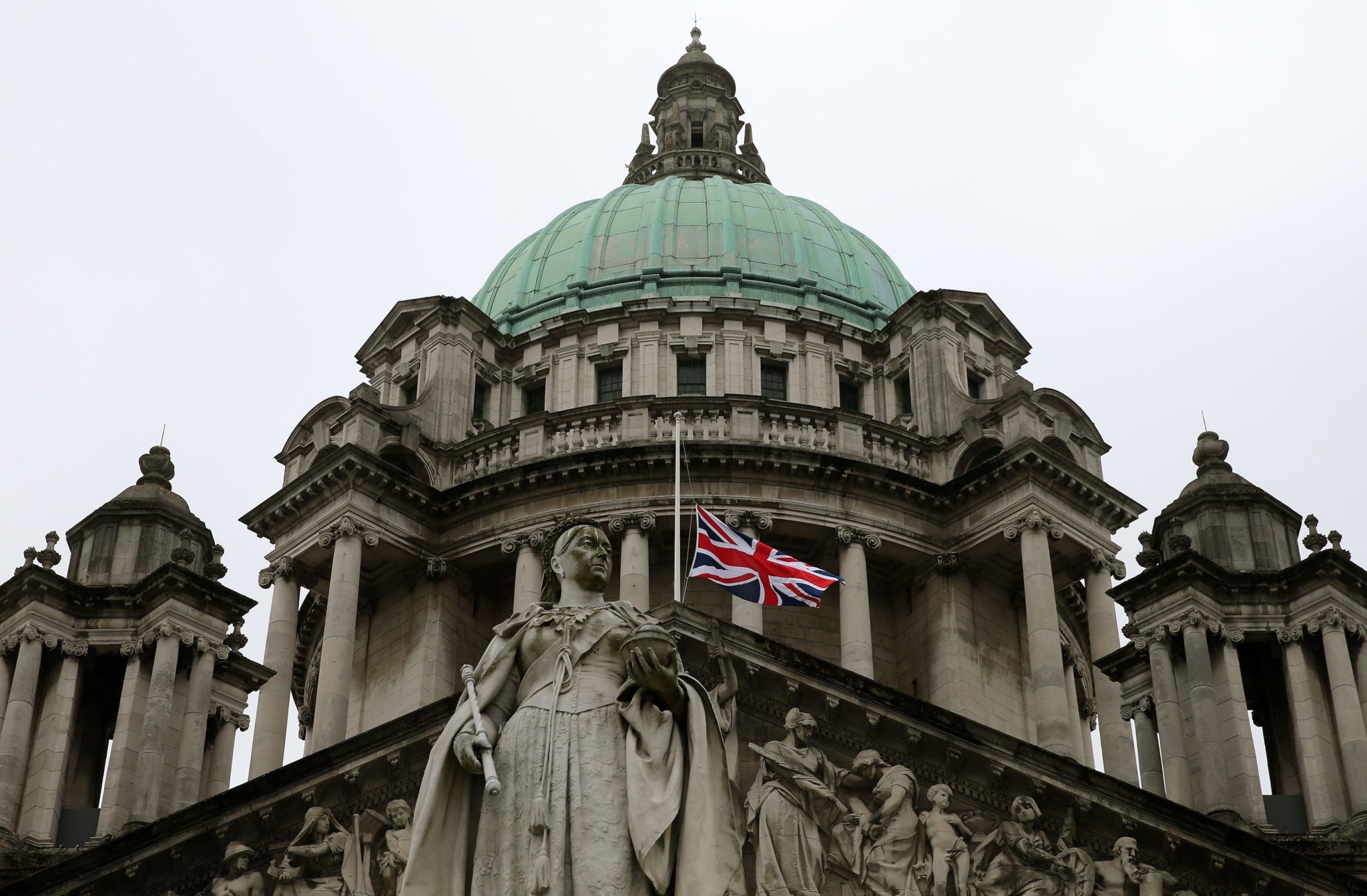 The Good Friday Agreement recognises the birthright of everyone in the North to identify as Irish, British or both and is founded upon the “parity of esteem and of just and equal treatment for the identity, ethos and aspirations of both communities.”

Since the agreement was signed, the flag has been flown on designated days at Stormont and at courthouses throughout the North. In 2012, a vote by Belfast City Council to follow suit and stop flying the flag year-round was met with loyalist violence and protests.

Mr Wilson said there is nothing divisive in calling for the flag to be flown year-round.

“Do you not think that tensions are increased when British citizens in Northern Ireland are told that whilst Britishness can be indicated by flying the flag on Government buildings in other parts of the UK, it can’t be so in Northern Ireland?” he said.

“What you are saying to me is that simply because nationalist and republicans in Northern Ireland don’t want the flag of the country to be flown that unionists and British citizens should simply sit back silently and accept that.”

He suggested the question should be put the other way around.

“Why not say to Nationalists, well since Northern Ireland is part of the UK, why can you not be tolerant enough to accept the flag of the country flying from Government buildings?” he said.