The United Nations has appealed to member states to "take concrete action" to limit global temper...

It comes as Secretary-General António Guterres has warned that the world is "not on track" to achieve objectives set out in the Paris Agreement.

The UN wants increases capped at 1.5°C above pre-industrial levels, which it said is necessary to prevent "irreversible changes".

"Achieving this goal will require changes on an unprecedented scale at all levels, but it is still possible if we act now", a joint appeal from the UN system to a Climate Action Summit said.

"With great urgency we call upon Member States to come to New York in September with concrete, realistic plans to enhance their nationally determined contributions by 2020 and in support to the implementation of the Sustainable Development Goals."

The Climate Action Summit is set to take place in New York on September 23rd.

"Climate finance is critical to deliver action on the necessary scale to address climate change," the statement said. 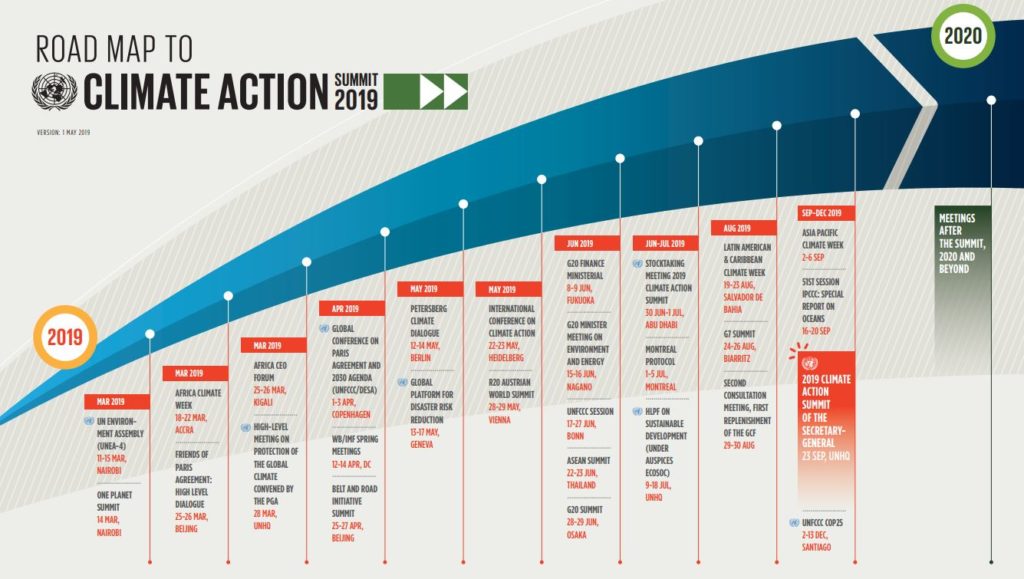 Mr Guterres, who is currently in New Zealand, said: "We are facing a paradox.

"We are feeling clearly by what happens on the ground that things are getting worse, even worse than it was forecasted. We see devastating storms, the most recent one in Mozambique.

"They are becoming more frequent and with more dramatic humanitarian consequences.

"We see drought progressing terribly, namely in the African continent, in other parts of the world, and becoming a dramatic factor pushing for the movement of people and for the deterioration of security and the progress of terrorism, and we are seeing everywhere a clear demonstration that we are not on track to achieve the objectives defined in the Paris Agreement.

"The paradox is that as things are getting worse on the ground, political will seems to be fading."

In a tweet, Mr Guterres said: "Climate change is a race we can win, but we must step up ambition now."

Climate change is a race we can win, but we must step up ambition now. Today, the @UN is committing to concrete steps and calling on countries for ambitious commitments ahead of our #ClimateAction Summit in September. https://t.co/Z2sewrUbAG

Mr Guterres is calling on all leaders to come to New York with "concrete, realistic plans" to enhance their nationally determined contributions by 2020 - in line with reducing greenhouse gas emissions by 45% over the next decade, and to net zero emissions by 2050.

Global emissions are reaching record levels - the last four years were the four hottest on record, and winter temperatures in the Arctic have risen by 3°C since 1990.