The British Prime Minister Boris Johnson has claimed MPs there are collaborating with the European Union to block Brexit.

In a Facebook Live broadcast, Mr Johnson also failed to rule out calling a general election after the October 31st deadline to push through the UK's exit from the bloc.

In what he branded "The People's PMQs", Mr Johnson answered "unpasteurised" and "unmediated" questions during a live broadcast on his Facebook page.

The broadcast also counted out a 'BBC-style' countdown before it began, including using music from the British broadcaster.

It was unclear how Mr Johnson selected the questions he chose to answer, and the format did not allow him to be challenged on any of his replies.

Despite conducting his second Facebook Live appearance since becoming prime minister, Mr Johnson has yet to take part in a sit-down interview with any major broadcaster. 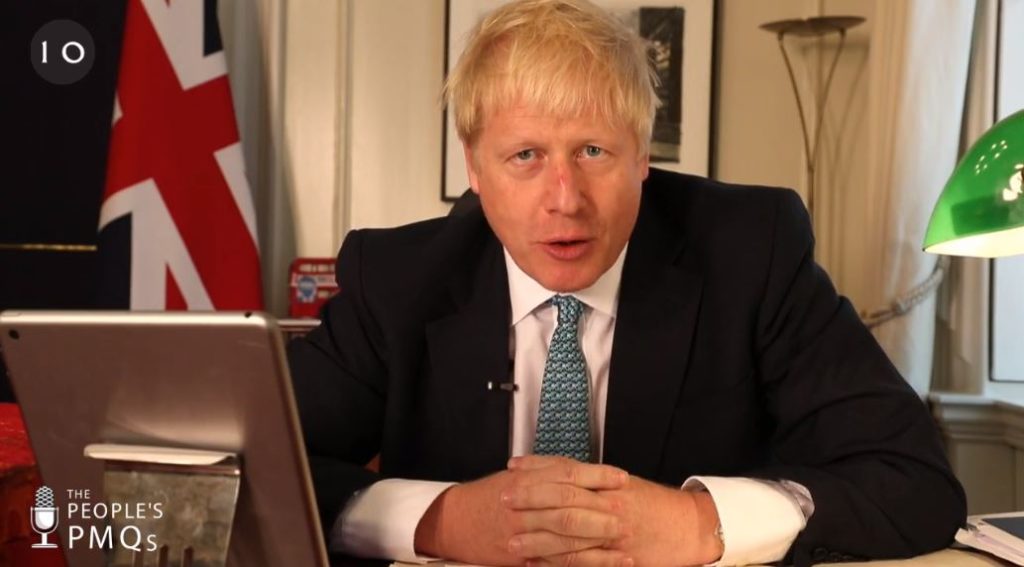 A screenshot from the Facebook Live broadcast | Image: Facebook/Boris Johnson

Former UK chancellor Philip Hammond told Mr Johnson earlier on Wednesday he has "no mandate" for a no-deal Brexit and parliament will "make its voice heard".

He is expected to join forces with fellow ex-ministers from Theresa May's government, to act against a no-deal Brexit when parliament returns from its summer recess next month.

He was among 21 Tory MPs to write to Mr Johnson this week as they urged the prime minister to confirm he is "committed to doing a deal" with the EU, accept any deal will require "compromise", and to reiterate his view that the chance of a no deal is "less than a million to one".

"This will reassure not only us, but also the currency markets," they wrote, adding that the prime minister's current "red lines" on abolishing the Irish border backstop appear to "eliminate the chance of reaching agreement with the EU".

Mr Johnson said: "There's a terrible kind of collaboration, as it were, going on between people who think they can block Brexit in parliament and our European friends.

"Our European friends are not moving in their willingness to compromise, they're not compromising at all on the withdrawal agreement. 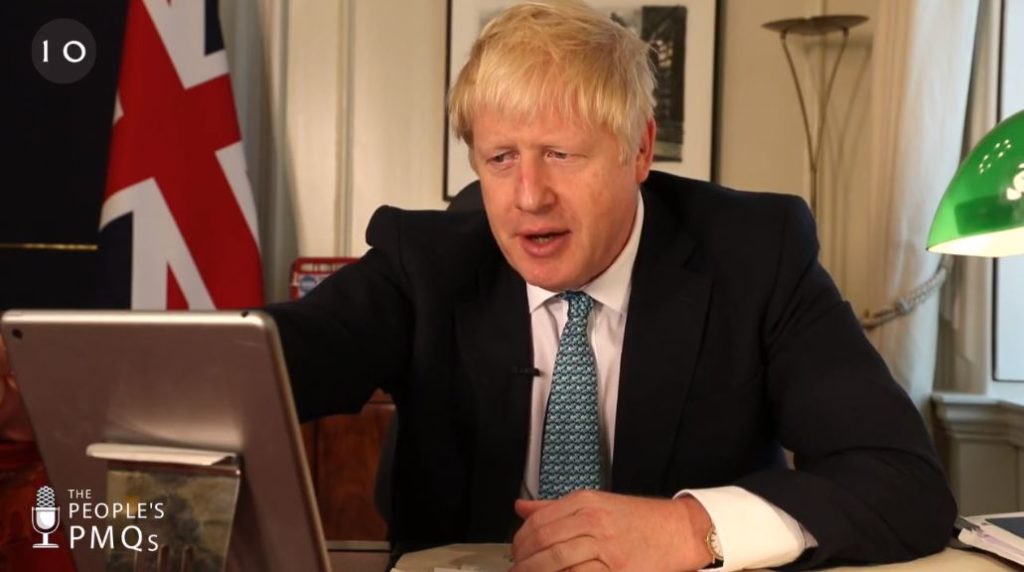 Mr Johnson appeared to read questions during the Facebook Live broadcast - but it is not clear how these were selected | Image: Facebook/Boris Johnson

"So the awful thing is, the longer that goes on, the more likely it is - of course - that we will be forced to leave with a no-deal Brexit.

"And the more they think there's a chance Brexit can be blocked in parliament, the more adamant they are in sticking to their position."

While US House Speaker Nancy Pelosi has reiterated that Brexit cannot harm the Good Friday Agreement - including having a seamless border on the island of Ireland.

She said: "Whatever form it takes, Brexit cannot be allowed to imperil the Good Friday Agreement, including the seamless border between the Irish Republic and Northern Ireland, especially now, as the first generation born into the hope of Good Friday 21 years ago comes into adulthood.

"We cannot go back."

"If Brexit undermines the Good Friday accord, there will be no chance of a US-UK trade agreement passing the Congress."

It has recently been reported Downing Street is planning a general election just days after the Brexit deadline if Mr Johnson is forced to go to the polls.

This could see MPs absent from Westminster, due to the designated campaigning period prior to an election, as the UK leaves the EU.