The British Prime Minister Boris Johnson says his "prime focus" is to do everything he can to res...

The British Prime Minister Boris Johnson says his "prime focus" is to do everything he can to restore a power-sharing government in Northern Ireland.

Stormont collapsed over two years ago and efforts to form a new executive have repeatedly stalled.

It was January 2017 when the devolved government there collapsed over a botched renewable energy scheme.

Sinn Féin refused to resume power-sharing unless the DUP agreed to an Irish Language Act and to legislate for same-sex marriage.

Earlier this month, Westminster MPs supported amendments to introduce same-sex marriage and abortion to Northern Ireland, unless devolution is restored before October 21st.

Mr Johnson is meeting the leaders of the five main political parties in Belfast.

He told reporters: "My prime focus this morning is to do everything I can to help that get up and running again, because I think that's profoundly in the interests of people here - all citizens here - in Northern Ireland.

"I'll be helping the parties in any way I can to get that going and over the line.

"I expect Brexit may come up a little bit, I don't rule that out.

"I think the crucial thing to stress is that I obviously attach huge importance to the letter, the spirit of the Belfast/Good Friday Agreement".

The trip is the final leg of his tour of the UK, having spent Monday in Scotland and Tuesday in Wales.

He has been booed by protesters on his two trips so far. 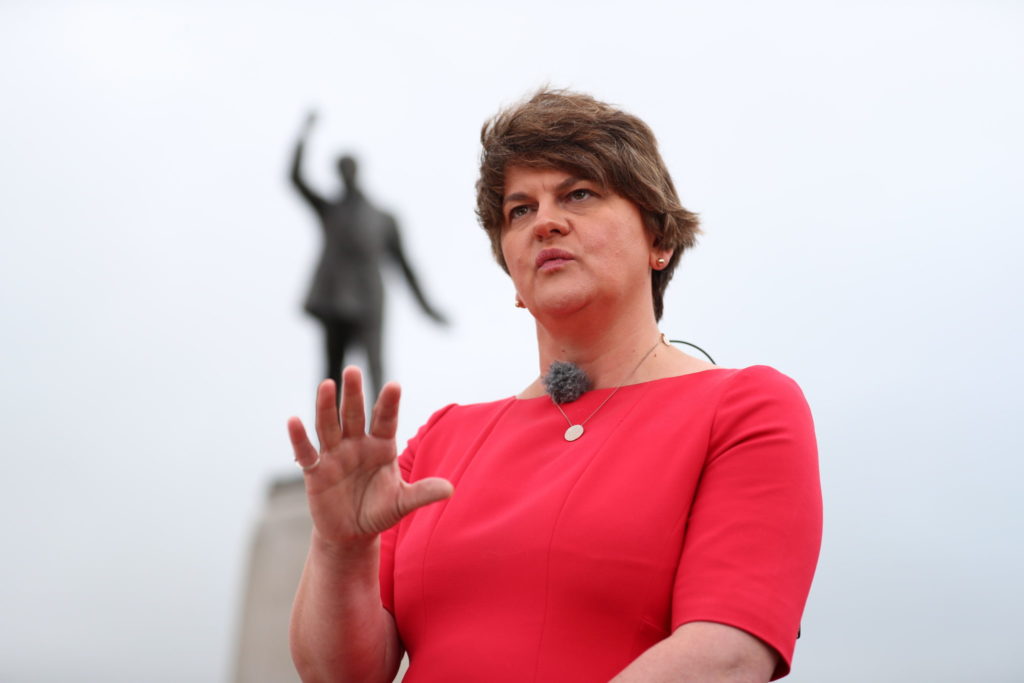 Asked whether his dinner with the DUP would lead to questions over the UK government's impartiality in the Stormont discussions, Mr Johnson replied: "It's all there in the Good Friday Agreement, we believe in complete impartiality and that's what we're going to observe."

Also speaking on Wednesday, Mrs Foster - who is supporting Mr Johnson's Westminster government - repeated her claim that the backstop needs to go.

"Unfortunately Theresa May was unable to deal with that issue - we very much hope that our new prime minister will deal with the issue.

"He will get across to those in Europe, and particularly in Dublin, the fact that they cannot break up the United Kingdom - because essentially that's what the backstop was doing".

On Tuesday, the Taoiseach Leo Varadkar and Mr Johnson spoke by phone.

Mr Varadkar told Mr Johnson there was still no viable alternative to the backstop.

He emphasised that the backstop was necessary as a consequence of decisions taken in the UK and by the British government.

A spokesperson for Mr Johnson said he told Mr Varadkar that his "clear preference is to leave the EU with a deal, but it must be one that abolishes the backstop".

Mr Johnson was also said to have told Mr Varadkar that the UK government "will never put physical checks or physical infrastructure" on the Irish border "in all scenarios" after Brexit.