Exit polls released after polling stations closed at 10pm on Thursday projected a substantial majority for the Tories in the House of Commons.

Shortly after 5am, Prime Minister Boris Johnson's party formally secured a majority after gaining dozens of seats, including in several traditional Labour strongholds in north England.

With only one seat left to be declared on Friday morning, the Tories were set for a majority of around 78 seats - improving their standing in Westminster by around 47 seats.

The SNP made gains big gains in Scotland to increase their Westminster seats to 48 (up 13).

High-profile losses overnight included the Liberal Democrat leader Jo Swinson losing her seat in the Scottish constituency of East Dunbartonshire to the SNP - a result which will lead to another change of leadership in the Lib Dems.

The results leave Mr Johnson in a position to get his Brexit deal passed in parliament ahead of the deadline of January 31st.

Speaking to supporters in London this morning, Mr Johnson claimed politicians had "squandered the last three years in squabbles about Brexit".

He said: "We've even been arguing about arguing, and the tone of our arguments.

"I will put an end to all that nonsense, and we will get Brexit done on time by the 31st of January - no ifs, no buts, no maybes."

Labour, meanwhile, were slightly ahead of exit poll projections, but the results still represented a major loss for the party and one of their biggest defeats in almost a century.

After his party lost dozens of seats to the Tories, Labour leader Jeremy Corbyn confirmed it would be his last general election as leader. 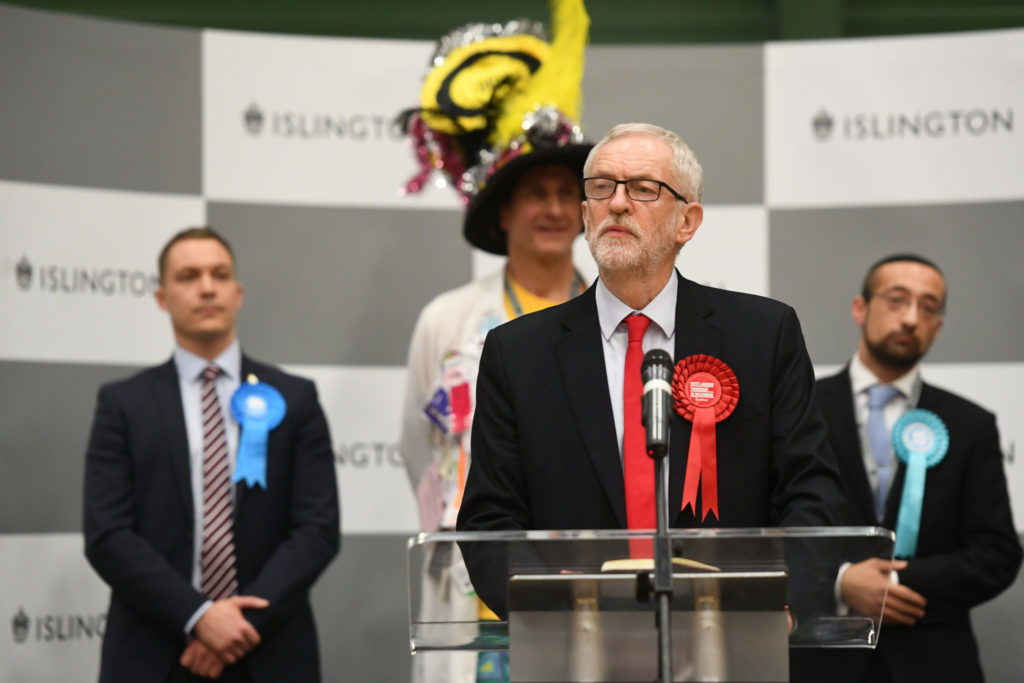 Labour leader Jeremy Corbyn speaks after the results was given at Sobell Leisure Centre for the Islington North constituency for the 2019 General Election. Picture by: Joe Giddens/PA Wire/PA Images

He said: "I want to make it clear that I will not lead the party in any future general election campaign.

"I will discuss with our party to ensure there is a process now of reflection on this result, and on the policies that the party will take going forward."

Speaking after she lost her seat by 149 votes, Jo Swinson - who only became Lim Dem leader in July - said she hoped "waves of nationalism" across the UK would not change society as a whole.

She observed: "These are very significant results for the future of our country.

"For millions of people in our country, these results will bring dread and dismay - and people are looking for hope.

"I still believe that we as a country can be warm and generous; inclusive and open; and that by working together with our nearest neighbours we can achieve so much more."

Ms Swinson's party said Ed Davey and Sal Brinton would now become the joint acting leaders of the Lib Dems, ahead of a leadership election in 2020.

The party overall secured 11 seats in Westminster - down one from where they were when parliament was dissolved.

She said that while not everyone who voted for her party would support independence, there was a "clear desire and endorsement" that Scotland should have a choice over their own future.

In a statement, Tánaiste Simon Coveney congratulated Mr Johnson on the results.

He added: "The Irish government and my department now stand ready to seize the momentum and focus on getting Stormont up and running for all the people and parties in Northern Ireland."

EU leaders are currently attending a European Council summit in Brussels, where they're expected to discuss the results and what it means for Brexit.

Donald Trump was among the first international leaders to react to the results, congratulating Boris Johnson and pledging a 'massive' post-Brexit trade deal.