The UK government's Internal Markets Bill, which includes measures that would allow changes to th...

The UK government's Internal Markets Bill, which includes measures that would allow changes to the EU withdrawal agreement, poses a serious threat to the Good Friday Agreement.

That's according to the former UK Chief Negotiator for Northern Ireland and Tony Blair's former chief of staff Jonathan Powell.

The British government has admitted that the Bill breaks international law, with the EU Commission threatening legal action over what it considers a violation of an international treaty.

Mr Powell said that the UK Prime Minister Boris Johnson is "taking a page out of the Donald Trump playbook" in claiming that the Bill is actually intended to safeguard the Good Friday Agreement.

It comes as leading international lawyer Philippe Sands said that Mr Johnson has "absolutely no respect for the rule of law".

Speaking to On The Record with Gavan Reilly, Mr Powell said Mr Johnson was trying to "play hardball" with the EU.

On the proposed legislation, he said: "It is a threat to the Good Friday Agreement because it reopens the agreement reached with the EU, the Northern Ireland protocol, which found a way of balancing the problem and keeping the border between Northern Ireland and the Republic open.

"Essentially what Boris Johnson did is accept [the border] being in the Irish sea, which I thought wasn't ideal but better than the alternative of having it in Ireland."

Mr Powell said Boris Johnson is "taking a page out of the Donald Trump playbook".

"I think he's just trying to blindside people in the same way that Trump is trying to do in the United States.

He added the British Prime Minister is "playing hardball in negotiations with the EU", and that he is trying to "frighten the EU into accepting the UK proposals on regulation and state aid". 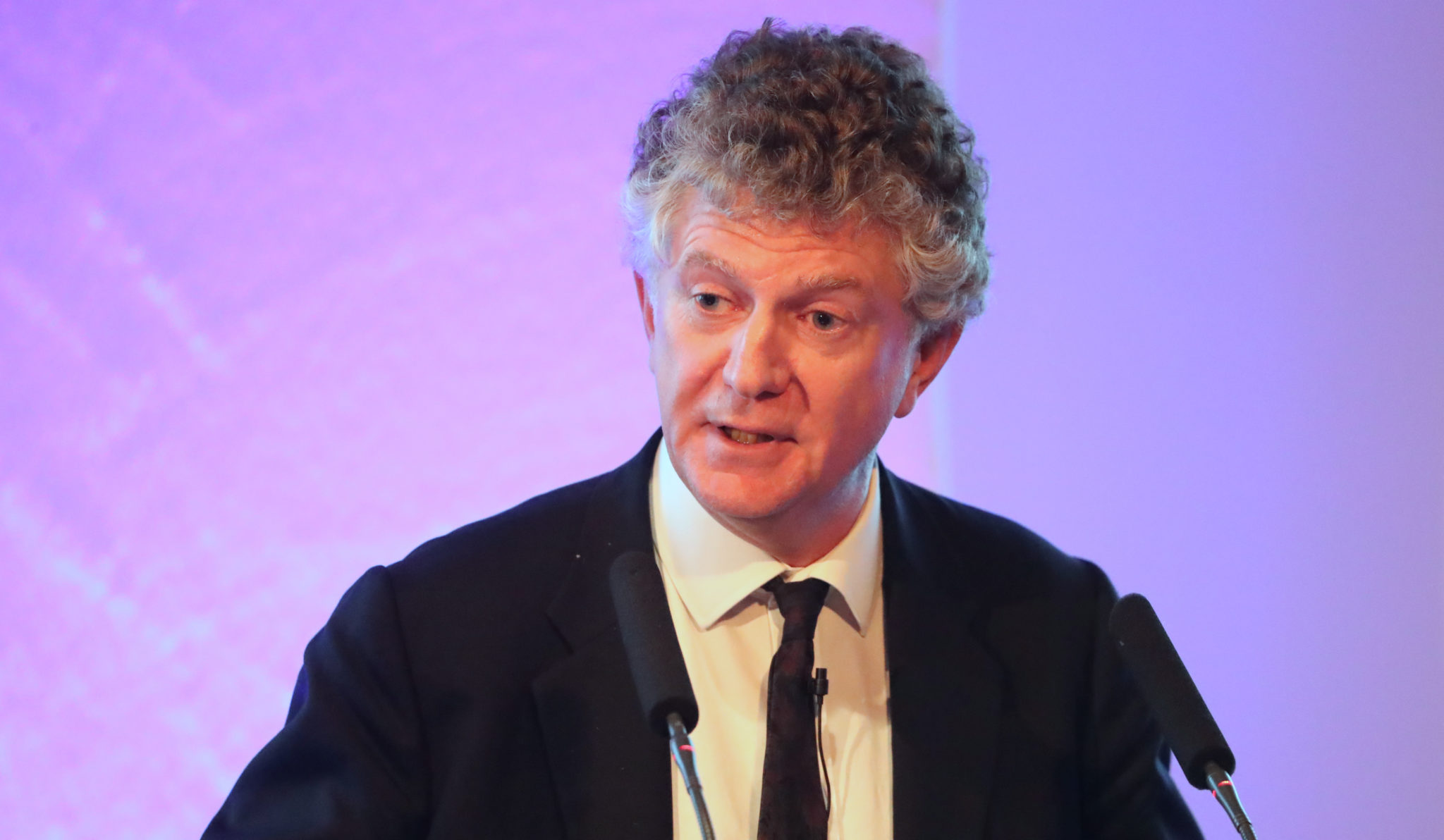 Mr Powell said Mr Johnson is also "trying to do the ante" and "to change the subject politically".

He said: "The UK government has made a complete mess of coronavirus and they're trying to change the subject.

"They're really trying to make things absolutely stark with the EU, either to end up with no deal or to threaten the EU into backing down and giving them what they want.

"Their approach is not a traditional Conservative party approach, it is to blow things up rather than conserve things.

"I think its really coming back to Dominic Cummings rather than Boris Johnson, who doesn't believe in anything in particular."

Mr Powell added: "I would almost be prepared to swallow it if it was a clever strategy but actually it's a completely counterproductive strategy."

He said Mr Johnson has "got the EU's back up" and that they will be "very cautious about entering into any agreement with him because they don't know if it's going to stick".

He added: "This is looking more and more like a game of can't shoot straight.

"The way they've handled coronavirus and everything else, they're simply incompetent and well as extreme.

"I think no deal is looking more and more likely as he goes down this path."