The hospital had 97 patients on trolleys on Friday

One woman, who spent 16 hours waiting on a chair at University Hospital Limerick, says the situation is 'frightening'.

On Thursday, the hospital had 126 patients on trolleys - the highest number in any Irish hospital since 2006.

That figure had dropped slightly, to 97, on Friday.

Mary Purcell says she went into the Emergency Department on Thursday.

She explained to Barry Whyte for The Hard Shoulder what happened.

"I waited and waited, and at about 11.15 I went upstairs and I waited there for an hour and half.

"And the nurse came down, took my bloods, and told me there'd be another two hour waiting.

"I was actually nearly four hours - and at about 4.30 I seen the doctor in the morning. 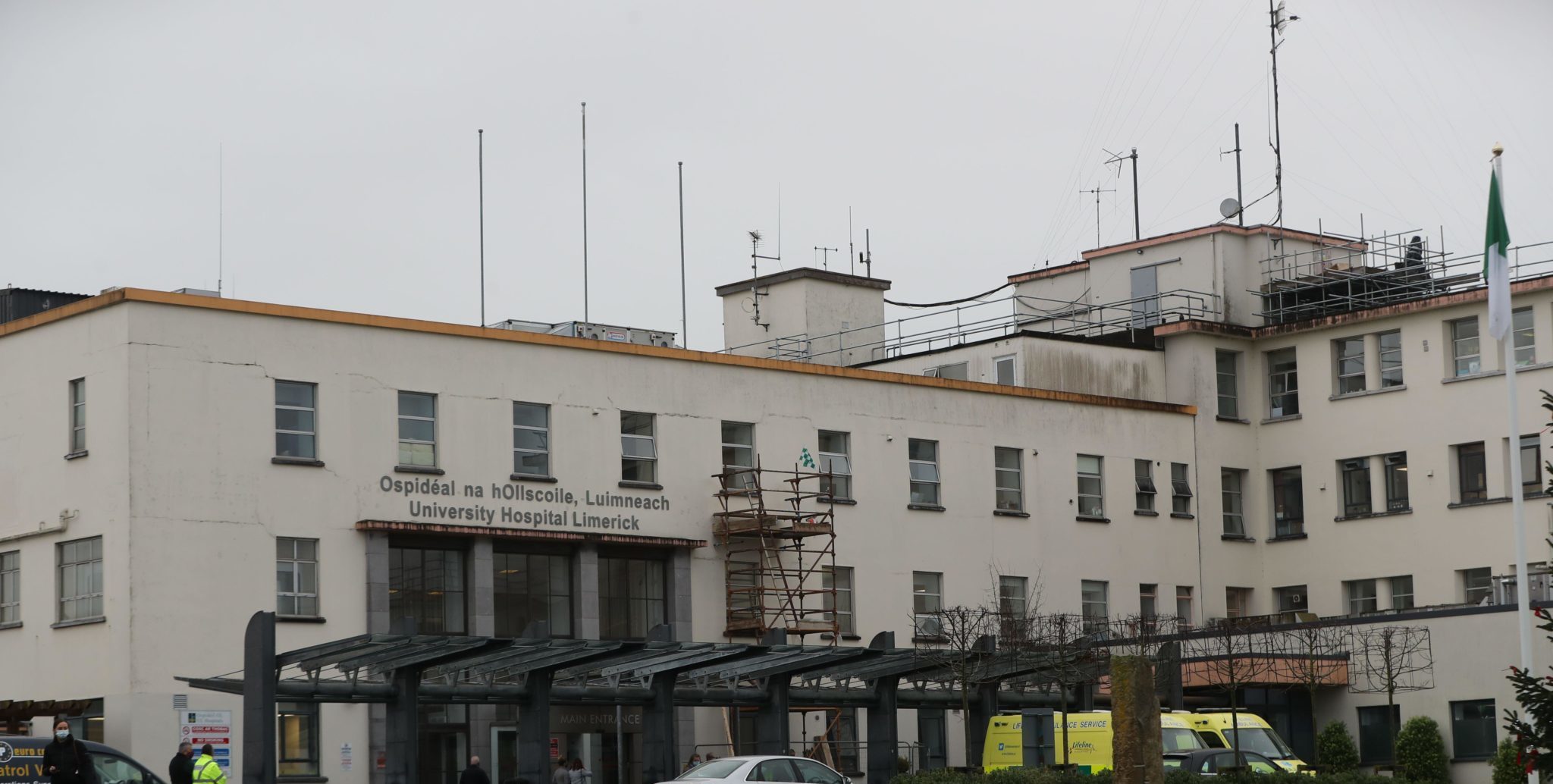 Mary says she was in a chair the entire time she was waiting.

"You're uncomfortable sitting for that length of time - I did get up a few times and go out into the air, to get a bit of air.

"But there's a lot more now, I have to admit, that was there older than me that were in wheelchairs - and they were waiting I'd say just the same length of time.

"I just saw them sitting back with crutches and just waiting, waiting."

She says she can't understand why it is so bad.

"It's frightening: to think in this day and age, with the money that's in the country, that they just have no staff.

"I don't know is it that they don't pay the staff, but they're overworked.

"They're running from A to B, they just haven't got the staff".

And she says some staff even told her they are waiting to leave.

"One chap told me that he's leaving next week - he's after doing 17 years on nights".