Tesco sales dropped 0.8% in the most recent period and SuperValu was down 0.5%.

However, overall sales are up 2.7% on last year.

This marks a drop in growth compared with the 3.1% increase experienced 12 months ago - which was thanks to a bumper summer featuring high temperatures and the men's Football World Cup.

Meanwhile, Dunnes is the only one of the three traditional retailers to record year-on-year growth this period, with sales up 6.3%.

While the average price consumers are paying has risen across the board, Lidl has seen the greatest increase as shoppers have bought more of its premium products.

Both Dunnes and Lidl have capitalised on a growing trend among shoppers, who prefer to prepare meals from scratch. 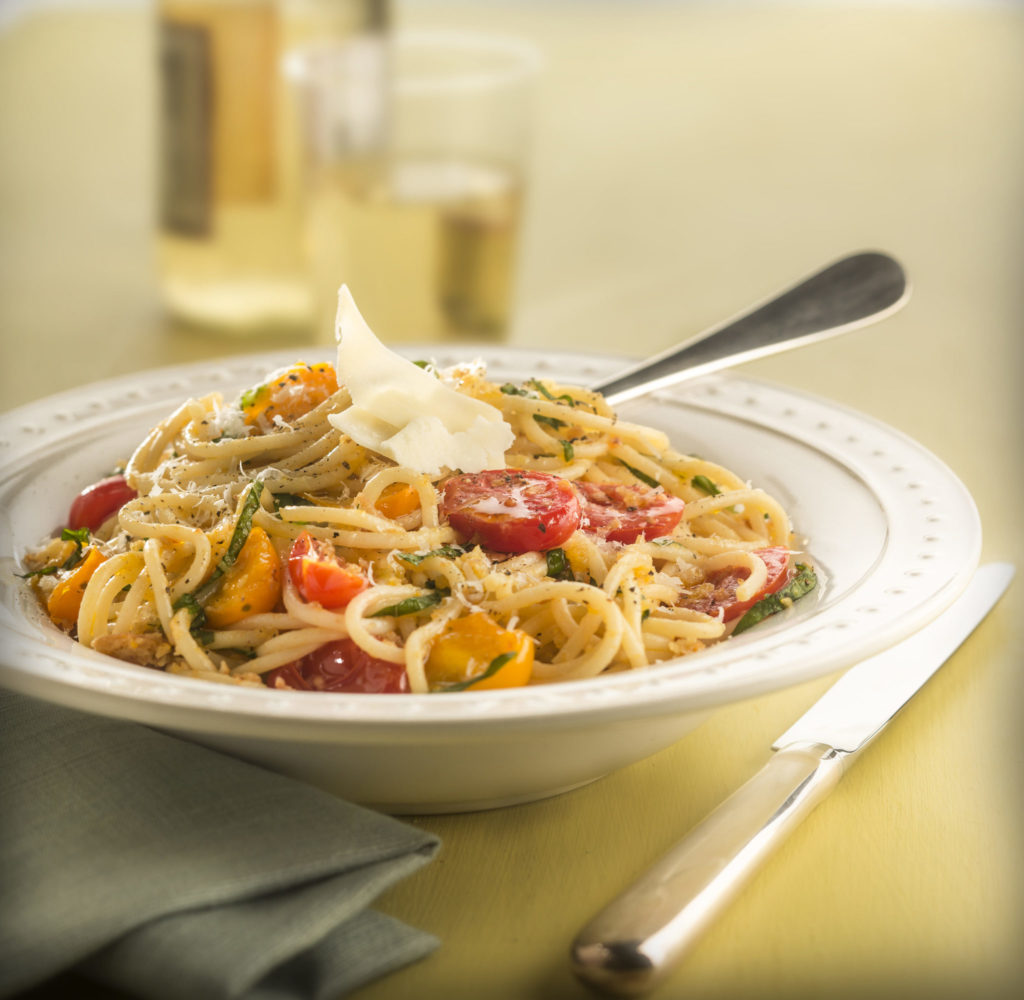 Kantar says recent package deals on the constituent ingredients for home-cooked classics like spaghetti carbonara and bolognese have been popular at both retailers.

Sales of those key meal ingredients recorded strong growth across all the retailers - with herbs up by 26%, spaghetti by 10%, passata by 15% and mince by 11%.

Sales at the retailer are up 12.8% on last year, with spend on fresh products typically outperforming overall growth.

For example, dairy products are up by more than one-third, while vegetable sales have grown by 15% as Aldi continues to capture share in the sector. 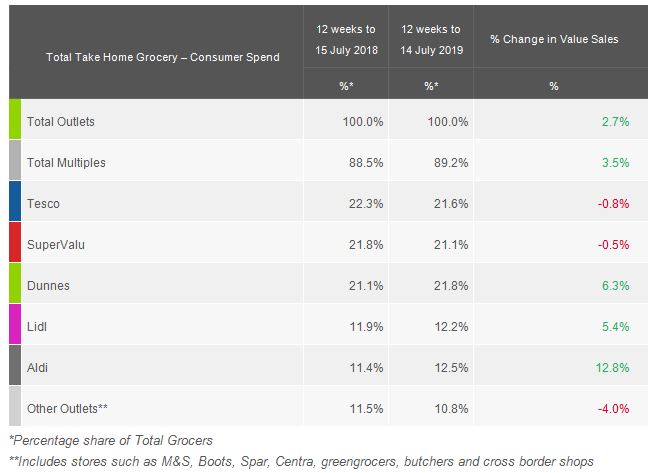 "But every silver lining has a cloud, and both grocers were always going to face an uphill battle to replicate that performance this year.

"The retailers have come out fighting in response.

"Tesco recently reintroduced its voucher campaign offering €10 off every €50 spent, and will be hoping a renewed focus on this type of promotion will help it capture a greater share of high value trips and move back into growth.

"The average value of a shop at Tesco is currently €24, behind Aldi on €27 and some way off Dunnes, which offers a similar voucher deal, on €42."