The PSNI has issued a fresh appeal following the murder of Lyra McKee in Derry. The 29-year-old j...

The PSNI has issued a fresh appeal following the murder of Lyra McKee in Derry.

The 29-year-old journalist was shot as she covered disturbances in the city on Thursday night and died later in hospital.

Two men, aged 18 and 19, were arrested on Saturday morning and are being held under terrorism legislation.

Police released CCTV footage which shows the street around the time of the "terrorist incident", including what appears to be a suspect opening fire.

The footage shows where Ms McKee was standing among others and next to a police van before cutting to other angles of the street.

It shows a masked gunman crouching down on the street and firing with a handgun.

It also shows the gunman at the corner of the street and a man picking something up from the ground at the same corner.

Vigils were held for Ms McKee in Dublin, Belfast and Derry on Friday. 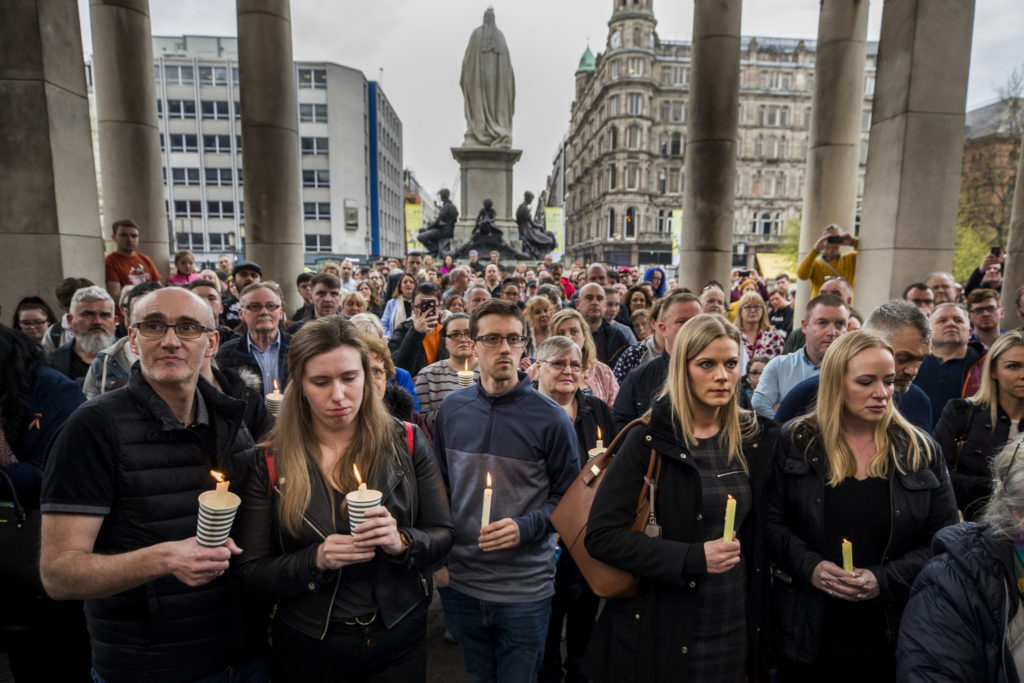 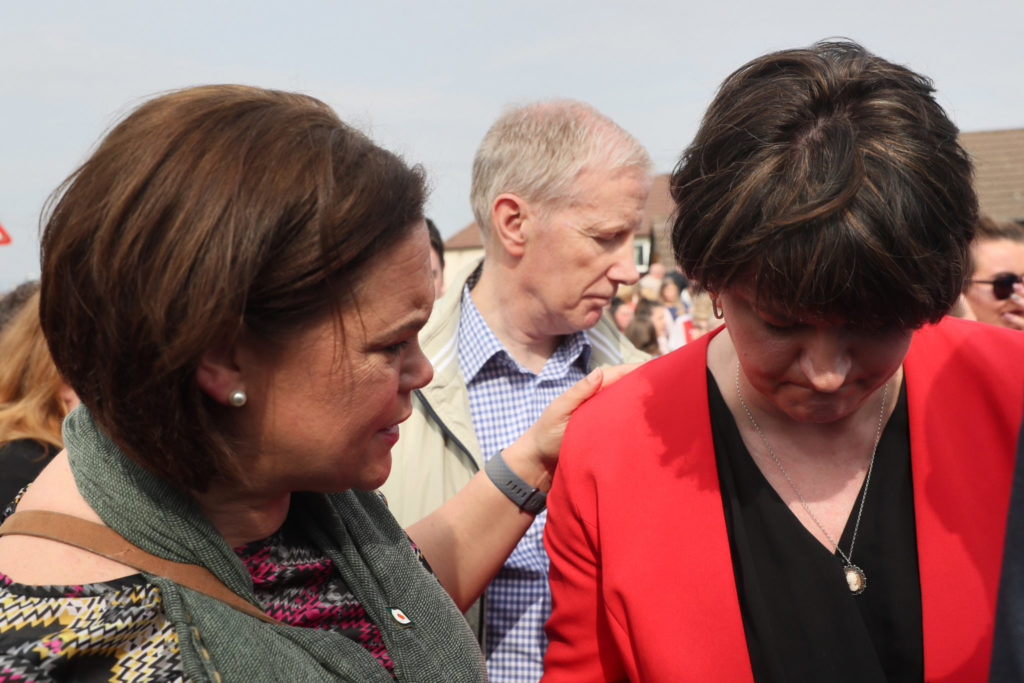 Detective Superintendent Jason Murphy made a fresh appeal for information on Saturday afternoon.

He said: "This morning we arrested two teenagers, aged 18 and 19, under the Terrorism Act and conducted a number of searches as part of the ongoing investigation into Lyra's murder

"Both males have been taken to Musgrave Serious Crime Suite.

"I've just come from a very difficult meeting with Lyra McKee's family and her partner and, as you can imagine, they are absolutely devastated.

"Lyra's family have a lot of questions, and I answered as many for them as I can at this stage but I need more help from the community to answer all their questions and to bring those who killed Lyra to justice."

"Shortly before 11.00pm on Thursday night, 29-year-old Lyra was murdered by terrorists. I believe that the people responsible are members of the New IRA.

"Lyra was killed by shots that were fired indiscriminately in Fanad Drive.

"The brutal nature of the attack has sent shockwaves around the world.

"The shots were fired in a residential area at a time when there were large numbers of local people on the street including children.

"The gunman showed no thought for who may have been killed or injured when he fired these shots.

"This afternoon, I have a number of specific appeals to make.

"I know that a large number of people were in the area of Fanad Drive and Central Drive on Thursday night. Many of these people were clearly using their phones to video events and will have imagery which may be vitally important.

"Please come and speak with my detectives and provide us with your mobile phone footage.

"We do not need to hold on to your phone, we have necessary equipment that will allow us to download the footage quickly."

"We have already received unprecedented support from the local community and I would like to thank them for helping us to seek justice for Lyra's family.

"I know there will be some people who know what happened but are scared to come forward.

"I want to reassure you that we will work with you sensitively.

"There is a sense that what happened to Lyra marked a sea change and I want people to have the confidence to come forward and help us.

"Those who killed Lyra in this cowardly attack must not be allowed to do this again."

Detective Superintendent Jason Murphy, who is leading the investigation into the murder of 29-year-old Lyra McKee in Derry/Londonderry tells media of a ‘palpable sea change in the sentiment towards community policing’. pic.twitter.com/g7WKcReYzC

Ms McKee's partner Sara Canning told the vigil in Derry on Friday: "Our hopes and dreams and all of her amazing potential was snuffed out by this single barbaric act."

She said it has left so many friends without their confidante.

"Victims and LGBTQI community are left without a tireless advocate and activist and it has left me without the love of my life, the woman I was planning to grow old with.

She added: "This cannot stand, Lyra's death must not be in vain because her life was a shining light in everyone else's life and her legacy will live on and the life that she has left behind."

Tributes to Ms McKee were led by President Michael D Higgins and An Taoiseach Leo Varadkar.

The European Union's chief Brexit negotiator, Michel Barnier, has said the murder is a reminder of how fragile peace is in the region.

In a tweet, he said: "The tragic murder of Lyra McKee is a reminder of how fragile peace still is in Northern Ireland.

"We must all work to preserve the achievements of the Good Friday Agreement."

The tragic murder of Lyra McKee is a reminder of how fragile peace still is in Northern Ireland. We must all work to preserve the achievements of the Good Friday Agreement. https://t.co/kweO4tHjFI

He tweeted: "Heartbroken by the murder of Lyra McKee and the violence in Derry. The challenges in NI today are real--but we cannot let go of the last 21 years of hard-won peace and progress. This tragedy is a reminder of how much everyone has to lose if we do."

Heartbroken by the murder of Lyra McKee and the violence in Derry. The challenges in NI today are real--but we cannot let go of the last 21 years of hard-won peace and progress. This tragedy is a reminder of how much everyone has to lose if we do.

He said tragic events like this highlight the importance of the Good Friday Agreement.