Mr Tusk has written to leaders ahead of tomorrow's key emergency summit, where Theresa May's request for another delay will be top of the agenda.

The British prime minister has asked for Article 50 to be extended until June 30th.

However, Mr Tusk says there's "little reason to believe" the House of Commons can ratify the withdrawal agreement before that date due to "deep divisions" in the UK parliament.

He observed: "In reality, granting such an extension would increase the risk of a rolling series of short extensions and emergency summits, creating new cliff-edge dates. This, in turn, would almost certainly overshadow the business of the EU27 in the months ahead.

"The continued uncertainty would also be bad for our businesses and citizens. Finally, if we failed to agree on any next extension, there would be a risk of an accidental no-deal Brexit."

There are times when you need to give time time.
My letter to EU leaders ahead of tomorrow’s #EUCO: https://t.co/bAsz4Qx36s#Brexit

He's calling on leaders to discuss a longer extension - including a flexible one that would last "only as long as necessary" but no longer than a year.

Mr Tusk explained: "The flexibility would allow to terminate the extension automatically, as soon as both sides have ratified the Withdrawal Agreement.

"The UK would be free to leave whenever it is ready. And the EU27 would avoid repeated Brexit summits."

He acknowledged concerns from some members states that a further delay would pose risks to EU decision making.

Concerns have been raised that a new Conservative leader in the UK could change their approach in negotiations, while comments from Brexiteer Jacob Rees-Mogg about frustrating EU functions also set off alarms:

Mr Tusk therefore says various conditions will have to be agreed if an extension is to be granted - including that the withdrawal agreement will not be reopened.

The European Council president says the UK will remain a full member state of the EU until their formal exit - while also noting the UK can revoke Article 50 at any time.

He concludes: "Whatever course of action is taken, it must not be influenced by negative emotions. We should treat the UK with the highest respect, as we want to remain friends and close partners, and as we will still need to agree on our future relations.

"Neither side should be allowed to feel humiliated at any stage in this difficult process."

Ahead of tomorrow's summit, Theresa May has visited German Chancellor Angela Merkel in Berlin and French President Emmanuel Macron in Paris today. 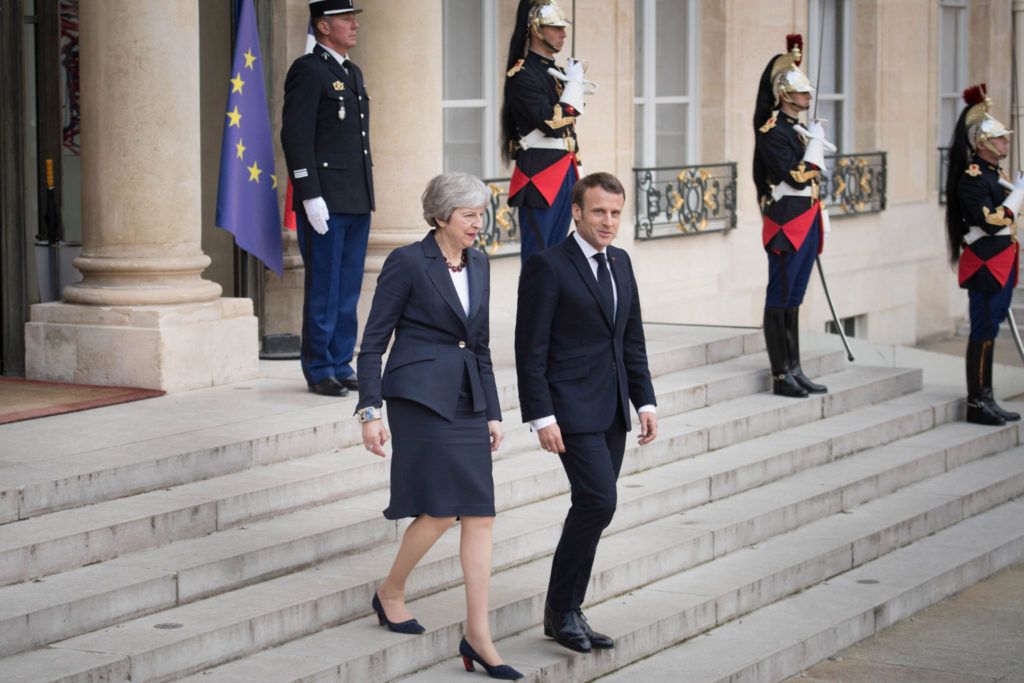 The meetings are part of Mrs May's efforts to convince EU leaders to back her requested extension.

France is among the countries to have expressed concerns about a further delay - insisting there must be a good reason and plan for an extension.

However, leaked draft conclusions agreed by diplomats ahead of tomorrow's Council summit indicate EU leaders are likely to agree to an extension - although details will be finalised by EU leaders tomorrow:

Meanwhile, talks continue in Westminster between the government and the Labour party to find a compromise that can make it through the Commons.

In a statement quoted by The Guardian, a Labour spokesperson said the party had further 'detailed and wide-ranging talks' today.

However, it adds: "We have yet to see the clear shift in the government’s position that is needed to secure a compromise agreement."

Further discussions are set to take place on Thursday.