Turf ban will have 'no impact' on households this winter - Martin

The planned turf-cutting ban will have “no impact” on households this winter.

Turf ban will have 'no impact' on households this winter - Martin

The planned turf-cutting ban will have “no impact” on households this winter, the Taoiseach has told the Dáil.

The Green Party leader Eamon Ryan is due to meet with TDs and Senators from both fine Gael and Fianna Fáil this afternoon to discuss his proposals.

Minister Ryan’s plan would ban the sale of peat, while still allowing people with access to peat bogs on their own land to use for domestic purposes.

The proposals have caused division among Government parties, with rural TDs suggesting it would unfairly impact on rural Ireland where turf is more likely to be used for heating and cooking.

Sinn Féin has called for the turf cutting ban to be scrapped with party leader Mary Lou McDonald describing it as 'half baked' in the Dáil this afternoon.

"What is being proposed will have no impact this winter" says Micheál Martin to much heckling.

Speaking in the Dáil this afternoon the Taoiseach Micheál Martin accused the party of “jumping on any bandwagon” to try to win a few votes and insisted that people who cut their own turf to share with their neighbours will not be affected.

“In any event, it has been made crystal clear that people who have bogs and normally cut their turf will continue to be able to do that,” he said.

“They will continue to be able to share that with their neighbours. The traditional practices in rural Ireland will continue in relation to turf.

“We just need a bit of calm, perspective and balance in all of this and we can resolve this pragmatically.”

Speaking on his way into Cabinet earlier, Mr Martin said likened the proposals to the ban on smoky coal that was introduce in urban areas in the 1990s.

He said the legislation had a “dramatic and transformative impact on the quality of the air that we breath and it saved many lives”.

The turf legislation is expected to come into force at the same time as new State-wide ban on smoky coal and Mr Martin said he expected Government parties to reach a “pragmatic solution” to the dispute.

He noted that any new legislation will not affect this winter because the turf will already have been harvested and distributed by the time it is introduced. 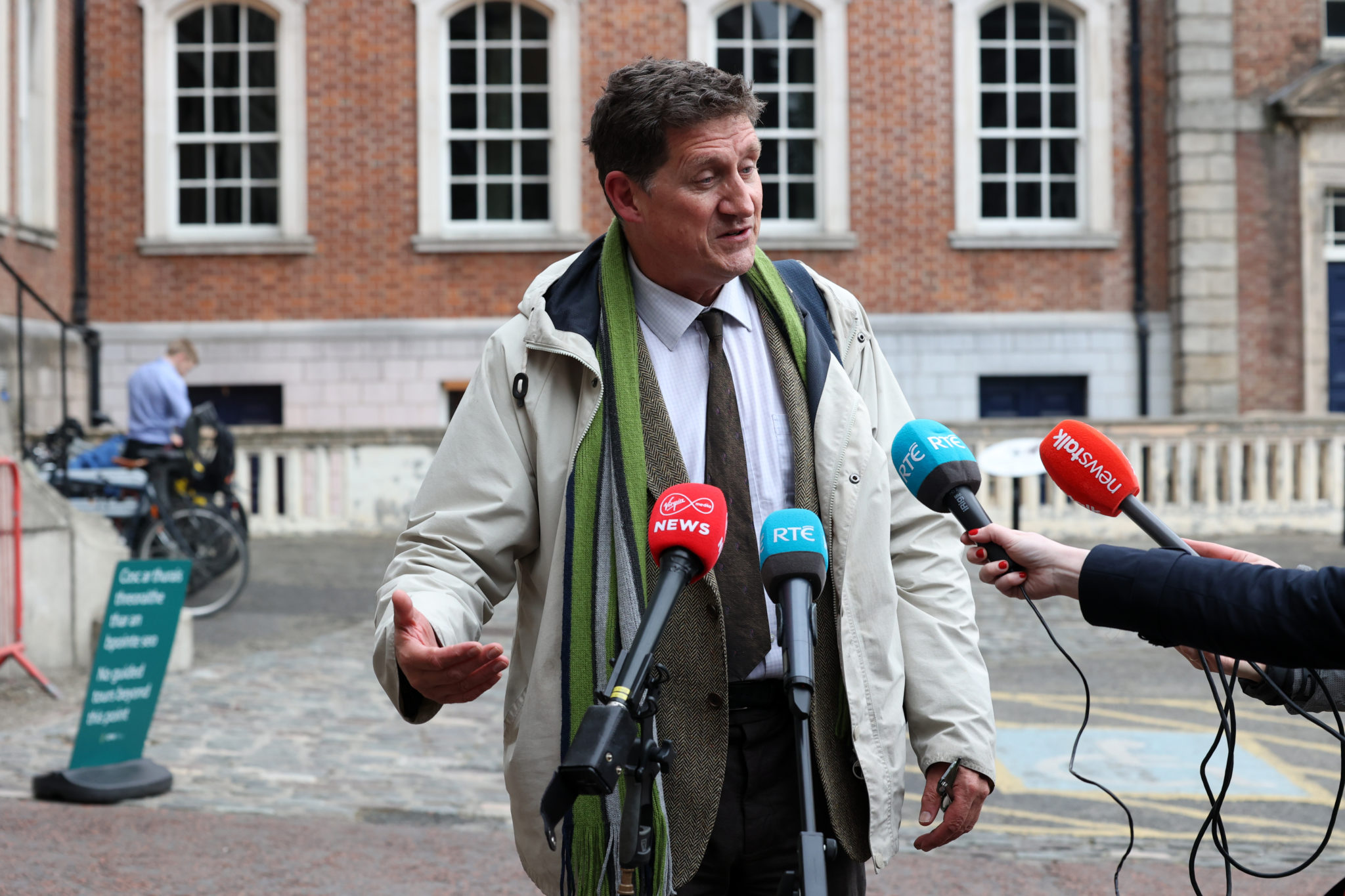 Also speaking on his way into Cabinet, Minister Ryan said there was “broad agreement” about the plans – insisting that his meetings with members of other parties would focus on details that need to be ironed out.

He said he expected opposition to the plan when he first announced it.

“Yes, because this is difficult,” he said.

“Three Governments in a row have tried to do something on this and failed on every occasion.

“It’s not easy, we know that. We recognise that but to walk away and say we will just do air quality in Dublin and we won’t worry about air quality in the rest of the country?

With reporting from Seán Defoe.

'We can't afford to wait' for reform of energy market - Ryan