The US is set to impose new tariffs on all goods coming in to the country from Mexico. President ...

The US is set to impose new tariffs on all goods coming in to the country from Mexico.

President Donald Trump said he aims to use to the taxes to curb illegal immigration.

A 5% tariff will be imposed on June 10th and will “gradually increase until the illegal immigration problem is remedied."

....at which time the Tariffs will be removed. Details from the White House to follow.

In a statement, the US President claimed that “thousands of innocent lives are taken every year” as a result of illegal immigration on the country’s southern border.

“This sustained influx of illegal aliens has profound consequences on every aspect of our national life – overwhelming our schools, overcrowding our hospitals, draining our welfare system, and causing untold amounts of crime,” he said.

“Gang members, smugglers, human traffickers, and illegal drugs and narcotics of all kinds are pouring across the southern border and directly into our communities.”

He accused Mexico of “passive cooperation,” saying the country “could easily halt the illegal flow of migrants, including by returning them to their home countries.”

“Mexico must step up and help solve this problem,” he said.

“We welcome people who come to the United States legally, but we cannot allow our laws to be broken and our borders to be violated.

“For years, Mexico has not treated us fairly – but we are now asserting our rights as a sovereign Nation.” 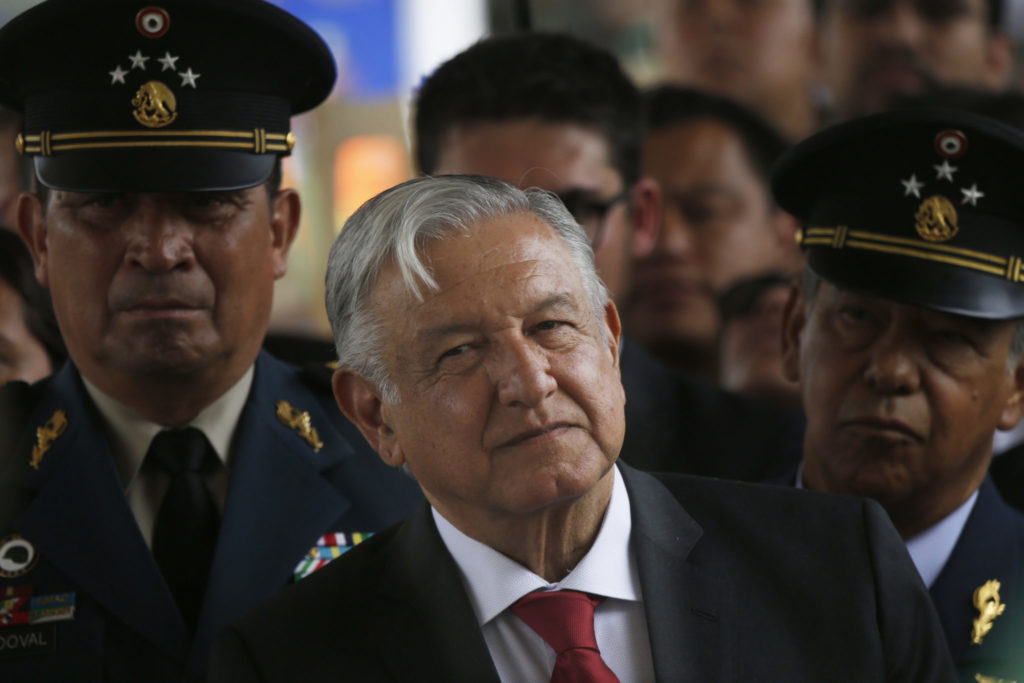 In a public letter to President Trump the Mexican president Andrés Manuel López Obrador warned that “social problems are not solved through taxes or coercive measures.”

He said the US had become a “ghetto, a closed space” where migrants are stigmatised and mistreated and warned that the “Statue of Liberty is not an empty symbol.”

“With all due respect, although you have the right to express it, America First is a fallacy because until the end of time, even beyond national borders, justice and universal fraternity will prevail."

He said Mexico was doing all it could to stem the flow of migrants through its borders “without violating human rights.”

He said the country’s foreign minister Marcelo Ebrard is due to travel to Washington today in a bid to “arrive at an agreement that benefits both nations.”

President Trump has declared a national emergency over what he claims is a crisis at the US southern border.

He said he was using the authority granted under the declaration to impose the 5% tariff on all goods coming from Mexico.

“If the illegal migration crisis is alleviated through effective actions taken by Mexico, to be determined in our sole discretion and judgment, the tariffs will be removed,” he said.

“Similarly, if Mexico still has not taken action to dramatically reduce or eliminate the number of illegal aliens crossing its territory into the United States, Tariffs will be increased to 15% on August 1st, 2019, to 20% percent on September 1st, 2019, and to 25% percent on October 1st, 2019.”

He said the tariffs would “permanently remain” at 25% “unless and until Mexico substantially stops the illegal inflow of aliens coming through its territory.”

He accused the Democratic Party of a “total dereliction of duty” insisting it is “fully aware of this horrible situation” yet refuses to help “in any way, shape, or form.”

“The United States is a great country that can no longer be exploited due to its foolish and irresponsible immigration laws,” he said.

'I feel sorry for them' - Liam Cunningham on anti-refugee protestors