Tributes have been paid to the founding chairperson of the Child and Family Agency Tusla, Norah G...

Tributes have been paid to the founding chairperson of the Child and Family Agency Tusla, Norah Gibbons.

Ms Gibbons was a qualified social worker who had worked in Ireland and the UK.

Her family said she died peacefully at home on Wednesday evening.

At her request, they are asking people to consider a donation to St Francis Hospice in Raheny, "particularly in these difficult times."

She had held several high-profile positions, including being a member of the Commission to Inquire into Child Abuse from 2000 to 2009.

She also chaired the Roscommon Child Abuse Inquiry and co-chaired the Independent Review Group on Child Deaths from 2010 to 2012.

She was also a director of advocacy with the children's charity Barnardos from 2005 to 2012.

She served as the first chair of Tusla in 2014 and was appointed by the Minister for Justice to lead an independent study on familicide and domestic homicide in 2019.

"Norah Gibbons has left an enormous legacy, not only for the children of Ireland but for all those who cherish the values of equality that underpin our republic and democracy."

Statement from President Higgins on the death of Norah Gibbons:https://t.co/DCF8gstfe3

President Michael D Higgins said: "It is with great sadness that I have learned of the death of Norah Gibbons".

"Through her work... Norah Gibbons was an inspirational figure and a powerful voice, who championed the advancement of children’s rights in Ireland.

"Driven by a profound sense of social justice and empathy, Norah Gibbons has left an enormous legacy, not only for the children of Ireland but for all those who cherish the values of equality that underpin our republic and democracy

"Sabina and I express our deepest condolences to her family, friends and former colleagues." 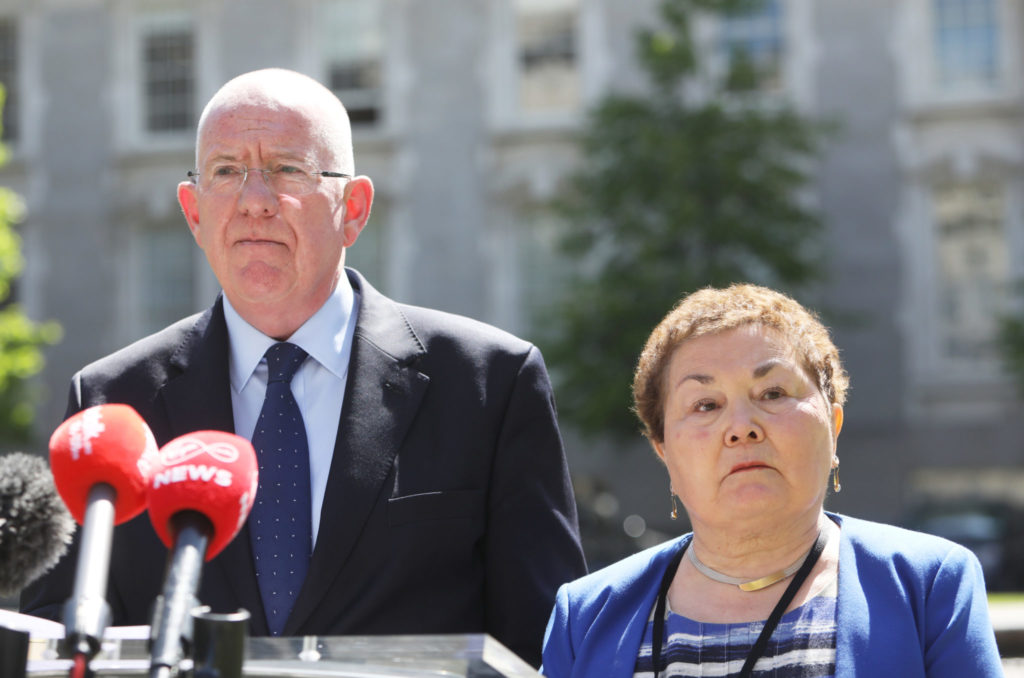 Justice Minister Charlie Flanagan said: "I was deeply saddened to learn of the untimely death of Norah Gibbons.

"Norah was an exceptional woman who brought her innate judgment, common sense and humanity to everything she did.

"Norah Gibbons leaves behind a tremendous legacy, in particular for the children of Ireland."

He added: "During her final illness, Norah continued to work to help others, through her leadership of the independent study on familicide and domestic homicide.

"It was typical of her resolute sense of purpose that, in recent weeks, she was keen to ensure that this important work would be completed and I was glad to be able to give her that assurance."

"Norah worked tirelessly for the rights of children for her entire career, and my colleagues and I were lucky to work with her.

"She joined Barnardos during the 1990s as a social worker and progressed to a senior management role with key responsibility for Children’s Services.

"Norah served as Director of Advocacy for Barnardos from 2005 to 2012.

"Her energy, commitment, and passion for the rights of children in Ireland changed many children’s lives for the better, and she will be remembered by many.

"We offer our sincere condolences to her family and many friends."

And Children's Minister Katherine Zappone added: "Ireland lost one of our greatest champions of Children."

"Norah was passionate and indefatigable in her service to children and the State.

"I worked closely with her when she chaired Tusla and I admired her determination and focus on establishing our first dedicated agency for children and families.

"Her establishment and leadership of Tusla placed children and families at the centre of Irish law, policy and public service.

"I offer my deepest sympathies to her family, close circle of friends and colleagues.

"May her warrior and compassionate spirit now rest in peace."

She is survived by her husband Sean, son Miles and daughter Maireas.