The former co-directors of the Together for Yes campaign to repeal the Eighth Amendment have been...

The former co-directors of the Together for Yes campaign to repeal the Eighth Amendment have been included in Time magazine's list of most influential people for 2019.

Grainne Griffin, Orla O'Connor and Ailbhe Smyth are among a range of international stars, campaigners and politicians featured on the list.

The Irish campaigners are listed in the 'Icons' section - alongside the likes of Michelle Obama, Taylor Swift, Spike Lee, Christine Blasey Ford and Lady Gaga.

Writing in Time, actress Ruth Negga praised the three campaigners for their "tenacity and integrity and courageousness".

She writes: "It was breathtaking to witness the determination, intelligence and sheer hard work of its leaders Grainne Griffin, Ailbhe Smyth and Orla O’Connor, who mobilised people of all different backgrounds in the lead-up to the vote.

"They put the experiences of women and the needs of their country first."

Ailbhe Smyth said their inclusion on the list is "a very great honour", adding that she was "completely dumbstruck" by the news. 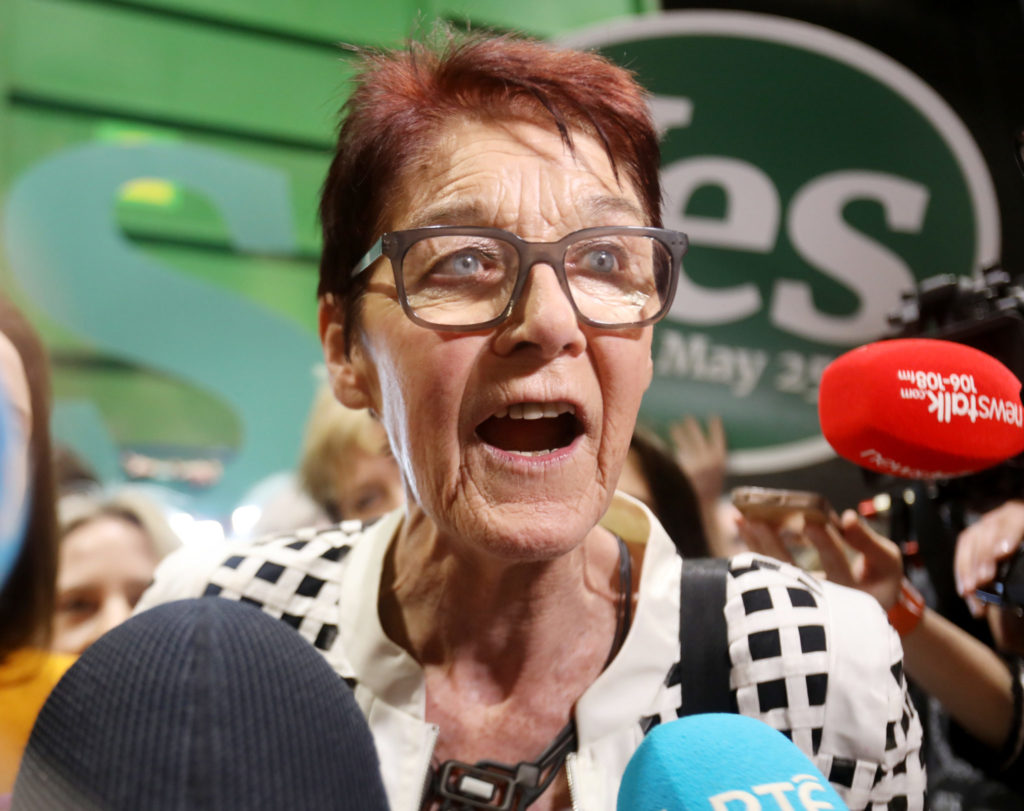 26/05/2018 Abortion Referendum count. Pictured is co-directors of the Together for Yes campaign Ailbhe Smyth speaking in the RDS, Dublin. Photo: Leah Farrell / RollingNews.ie

She said: "We see this very much as an honour for everybody who fought so hard to repeal the Eighth Amendment.

"It is about a recognition of what we did in that campaign.

"Even over and beyond that, it is a recognition - on a very influential international platform - that what we achieved here is of importance internationally.

She added: "The fight to ensure proper rights for what women need on a regular basis... this is about women the world over who may need abortion at times."

Being included on the #Time100 list, alongside @ailbhes and @gragriffin is such an honour, and it belongs to everyone in @Together4Yes, particularly to the women and couples who shared their stories to bring about change in Ireland. https://t.co/5RXBxHzJ3I

Those on the list range from prominent politicians such as Donald Trump, Jacinda Ardern, Alexandria Ocasio-Cortez and Benjamin Netanyahu to stars such as Dwayne Johnson, Brie Larson and Tiger Woods.

Others on the list include the popular video game streamer Ninja, teenage climate activist Greta Thunberg, Pope Francis, and the US special counsel Robert Mueller.