The postponement of the general election poll in County Tipperary could see a candidate who has failed to win elsewhere given a second chance to run.

The election will not go ahead on Saturday as planned in the constituency following the sudden death of independent candidate Marese Skehan yesterday.

Under legislation introduced in 1992, the nomination process for the constituency will now be re-opened.

Meanwhile, nearly 700 postal votes and 900 special votes will now be destroyed and will have to be recast. 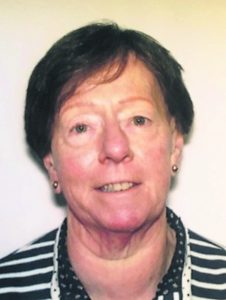 Tipperary candidate Marese Skehan who was found dead in her home yesterday.

On The Pat Kenny Show, the Returning officer and Country Registrar for Tipperary, James Seymour said he hopes to have a new polling date confirmed later today.

He said he expects nominations to reopen tomorrow and to remain open until noon on February 11th – several days after the rest of the country goes to the polls on February 8th.

He said his understanding is that anyone can put themselves forward, even if they have already failed to win election in another constituency.

“I would have to take some advice on that but my understanding is that anyone can run subject to the normal prohibitions that apply to candidates in respect of convictions etc,” he said.

“It is all possible I believe, yes.”

The candidates that have already been nominated will automatically remain on the ballot and three have suggested they will take legal advice on whether the poll needs to be postponed at all.

Waterford Institute of Technology Law Lecturer Dr Jennifer Kavanagh told Pat that postponement is the only option under current laws.

She said she expects the legislation, which was introduced in 1992, to be changed in the future.

“It is definitely something that will have to be revisited now that we have actually seen this situation in progress,” she said.

“There is a massive point to be made that in 1992, the media was totally different to what it is now.

“People are getting more instantaneous updates on what is happening that would not have been there in 1992 and maybe it is a situation that the provisions for when somebody passes away are no longer up to muster when we look at the democracy we are operating in now.”

Dr Kavanagh said the situation has highlighted the need for the establishment of an electoral commission to conduct a full review of the electoral process.

Ms Skehan was found dead at her home yesterday.

Several candidates in her constituency paid tribute to her yesterday.

Deputy Lowry said his campaign would be stood down as a mark of respect and offered his deepest condolences to her family.

Labour TD Alan Kelly said her death was a “huge shock to the people of Tipperary” and offered his deepest sympathies to her family.

Her funeral arrangements have yet to be released.