Thousands of people have turned out at a demonstration in Dublin calling for redress for mica-aff...

Thousands of people have turned out at a demonstration in Dublin calling for redress for mica-affected homeowners.

The mineral causes massive structural problems, and many people will need to entirely re-build their properties.

While a State scheme funds 90% of restoration costs, protestors are calling for 100%.

Michael Doherty is from the Mica Action Group: "We saw that the 90-10 is actually closer to 60-40 for the vast majority of homeowners.

Taoiseach Micheál Martin said earlier that the Government will refine and improve the current scheme for affected homeowners.

"We don't want homeowners to be significantly disadvantaged - we want to help them to get their houses restored to what they had anticipated when they bought their houses originally.

"And the scheme that's there will be a very substantive scheme.

"We will work through this with the Mica Action Group and the Minister's going to engage with them", Mr Martin said. 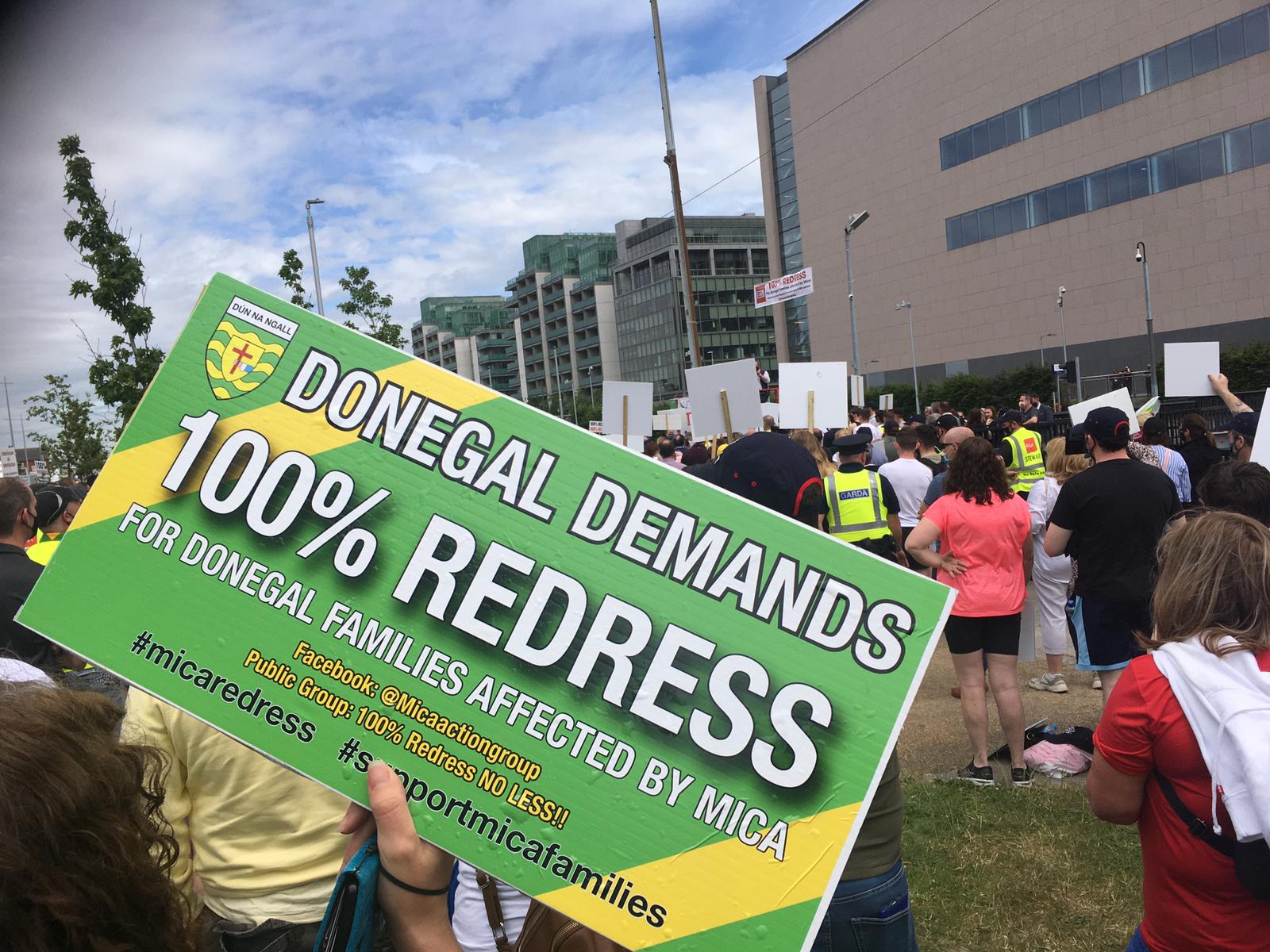 People hold signs at a protest in Dublin city against the current mica and pyrite redress schemes. Picture by: Paul O’Donoghue/Newstalk

Housing lecturer at TU Dublin, Lorcan Sirr, said there could be a repeat of the mica controversy due to a failure to regulate the building industry.

"At the heart of this problem is the that fact that the industry's allowed self-regulate it's own work - it's like asking Leaving Cert students to mark their own exam papers.

"It's very likely that there could be other instances of poor construction quality yet to be discovered, whether they involve mica or pyrite is very hard to predict.

"But because that industry has been allowed self-regulate for so long, the chances of corners being cut are usually quite high."

While People Before Profit has called for a tax on all builders, developers and suppliers involved in the mica and pyrite scandals.

Dubllin TD Bríd Smith said she believes the full cost should not fall on the State.

"The Celtic Tiger made an awful lot of people very, very wealthy in this country and they haven't paid the cost of it.

"They trialled this 90% scheme and there are so many hidden costs that go along that when you get into the devil of the detail, it is not 90% at all," she said.

"Even if it was a true 90/10 scheme, why should us homeowners have to foot that other 10% when this is no failing of our own?

Thousands of homeowners from Donegal, Mayo, Sligo and Clare have said they face paying up to €100,000 in repairs. 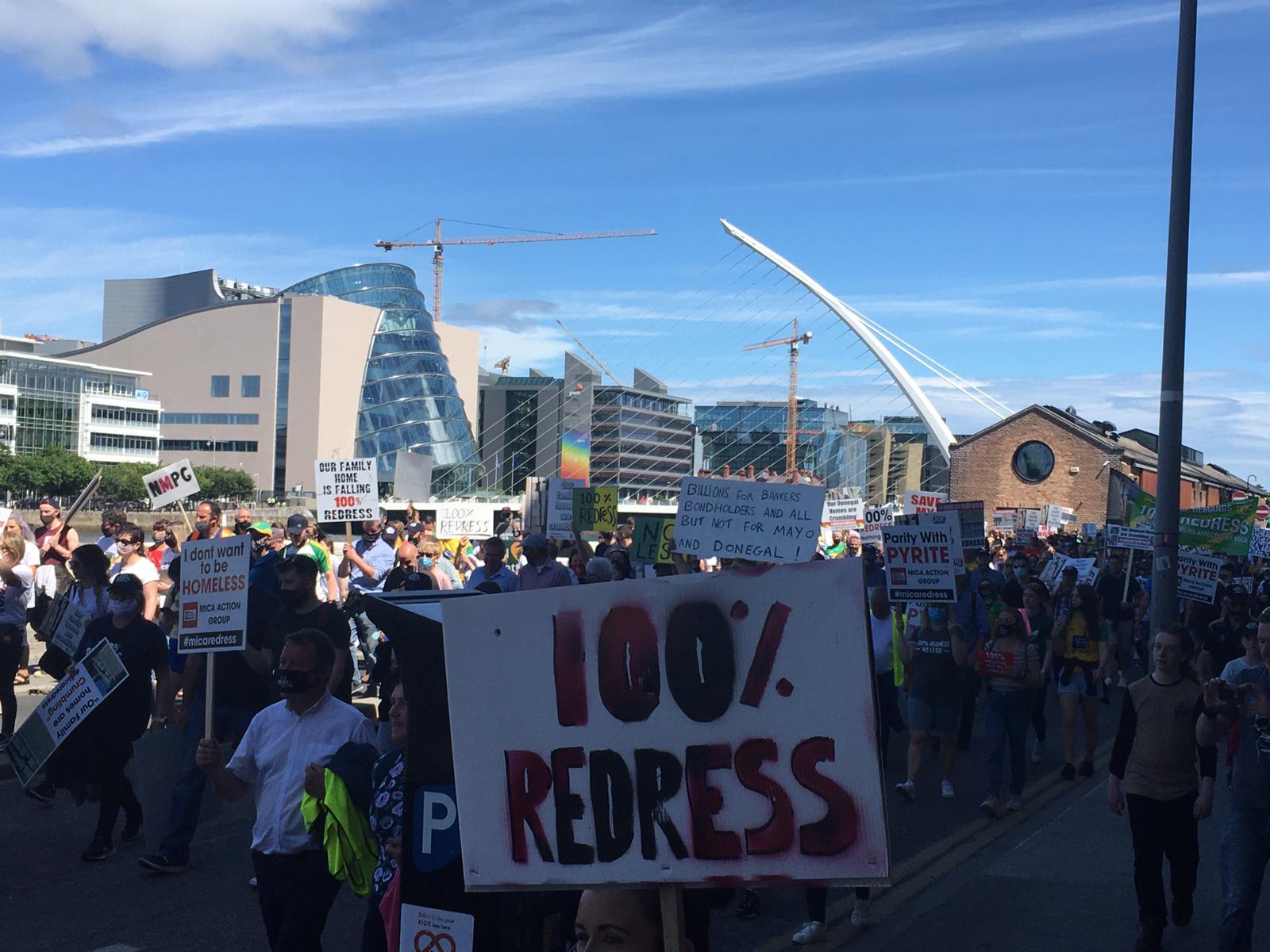 While Noel from the Donegal Mica Action Group told Lunchtime Live in May that his only option is demolition.

He said: "With the scheme that came in, I was one of those people that was reluctantly happy to see the 90/10 scheme.

"We applied and we got approved for option one - of full demolition of the house - in December 2020.

"The engineer has recommended...the safest option for our house is for complete demolishment.

"Once we were told that, we looked at options of how could we make the scheme work best for us".