A one-nil win against Scotland has seen Ireland qualify for the Women's World Cup for the first time.

The team are heading to Australia and New Zealand next summer following their win at Hampden Park in Glasgow.

Coach Vera Pauw said the players deserve to be one of the 32 teams to compete.

She told Off The Ball they stuck to the game plan.

"We're going to the World Cup, so who cares!", she said after the game on Tuesday.

"I just couldn't believe it, every second I was watching my watch. 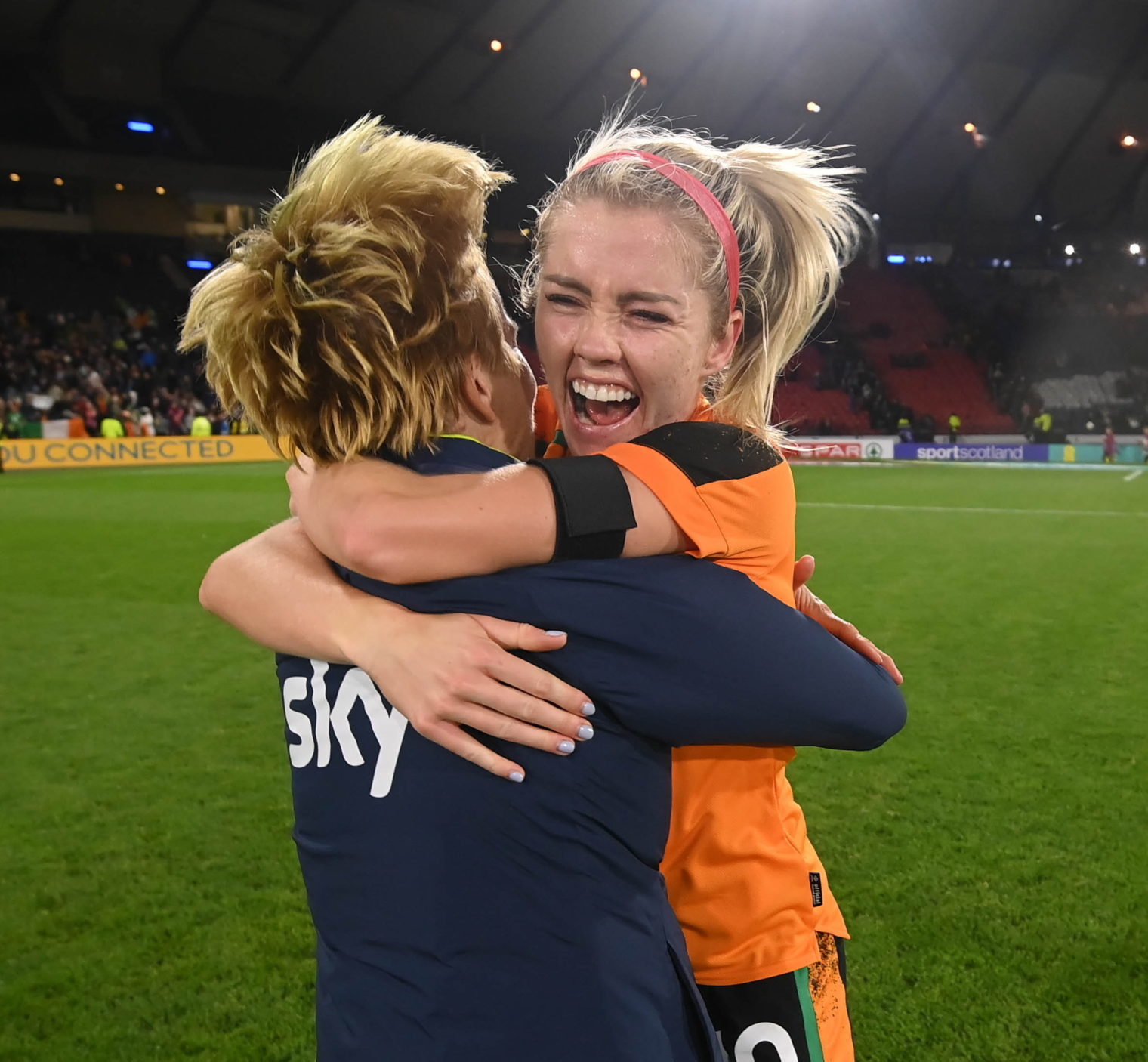 "If they set themselves a mindset that this is what we're going to do, we buy into the game plan, we believe in the game plan that we had set and they would go for it.

"We had said this game was about one defensive moment and one attacking moment," she said.

🗣"It makes this year a beautiful year instead of a year that needs to pass very quickly."@VeraPauw couldn't stop praising her players, but found a moment for her to share with her husband.

Defender Niamh Fahey said it has not sunk in yet.

"I can't put it into words, I'm still in a bit of disbelief that we're actually going.

"It hasn't sunk in, but just relief; we've been trying for so long... and we're actually going now.

"We're going to the World Cup - amazing," she added.

🗣"I'm still in a bit of disbelief that we're actually going."

Niamh Fahey reflects a whole nation in this interview.