Hundreds of people have marched through Dublin City Centre in memory of Thiago Cortes who was kil...

Hundreds of people have marched through Dublin City Centre in memory of Thiago Cortes who was killed in a hit and run this week.

Mr Cortes was working as a food delivery cyclist when he was struck by a car on North Wall Quay at around 10.30pm on Monday.

The 28-year-old Brazilian was taken to hospital in a serious condition but died earlier today.

Gardaí said the car failed to remain at the scene and was later recovered a short distance away.

Hundreds of people, including Deliveroo riders and cyclists attended a vigil in memory of Mr Cortes On O’Connell Street in Dublin this evening.

Thiago Cortes, who was struck while cycling on North Wall Quay on Monday night, has died.
Our thoughts are with his family, friends, colleagues & Dublin's Brazilian community.
A vigil for Thiago will take place at 5pm today at the Spire, O'Connell Street: https://t.co/rXAPiHInH3 pic.twitter.com/vuIOSxwq2S

“It was a very big protest we saw today,” she said.

“It was a vigil in memory of Thiago and also a protest for safer conditions on the streets and for dignity and justice for cycling couriers all across the city who face huge hazards on our city streets.” 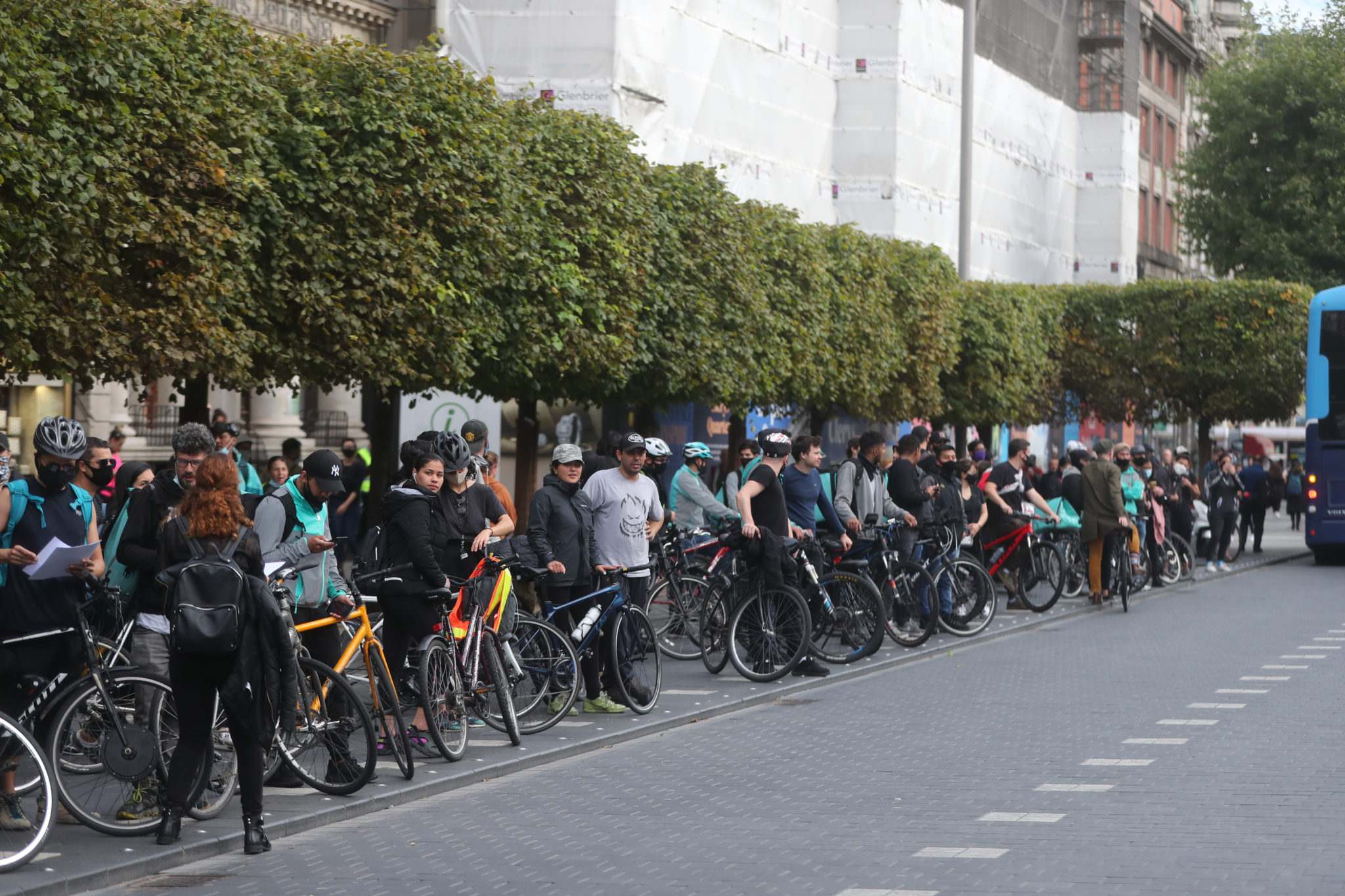 Hundreds gather for a vigil for 28-year-old cyclist Thiago Cortes who was killed in a hit and run in Dublin this week, 02-09-2020. Image: Niall Carson/PA Wire/PA Images

Mr Cortes’ wife was joined by his friends and co-workers at the vigil in the City Centre.

Members of his family are due to fly to Ireland from Brazil in the coming days.

The biggest, most emotional and tensest march I've been at in a long time.
Solidarity and love to the Brazilian community and cycling couriers of Dublin and with all who loved and mourn him #JusticeforThiago
RIP pic.twitter.com/UHtzdFEWwN

Councillor Horner said the streets where Mr Cortes was killed are “nowhere near as safe as they should be.”

“I have cycled them myself many times and found them incredibly hazardous so the streets could be an awful lot safer and there are individuals out there who bear responsibility for this and they need to be brought to justice,” she said.

She said the concept of safe cycling infrastructure is “not complicated.”

“We want segregated lanes that are clearly marked; are clearly separated from cars and we want them to be continuous around the city so you don’t come to a junction when you suddenly find yourself back out sharing the road with a heavy goods vehicle all of a sudden,” she said.

Mandatory bike helmets could 'discourage people from taking up cycling'