The US ambassador to Ireland says her country has been working 'for several years' on the Kinahan cartel.

Claire Cronin was speaking after US authorities announced a reward for any information leading to the arrest of three members of the Kinahan family.

The reward of up to US$5m (€4.59m) is for 'any information leading to the Financial Disruption of the Kinahan Criminal Organisation or the arrest and/or conviction of Daniel Kinahan, Christy Kinahan Sr and Christy Kinahan Jr'.

"Certainly this is something that has been worked on for several years.

"Usually that's not out in the public, but the work had been done for a long time.

"I think some of it originated from the United States Custom and Border Protection.

"Working together - and I mean this shows the importance of our transatlantic relationships - with US law enforcement, the DEA, law enforcement within Ireland, Europol. 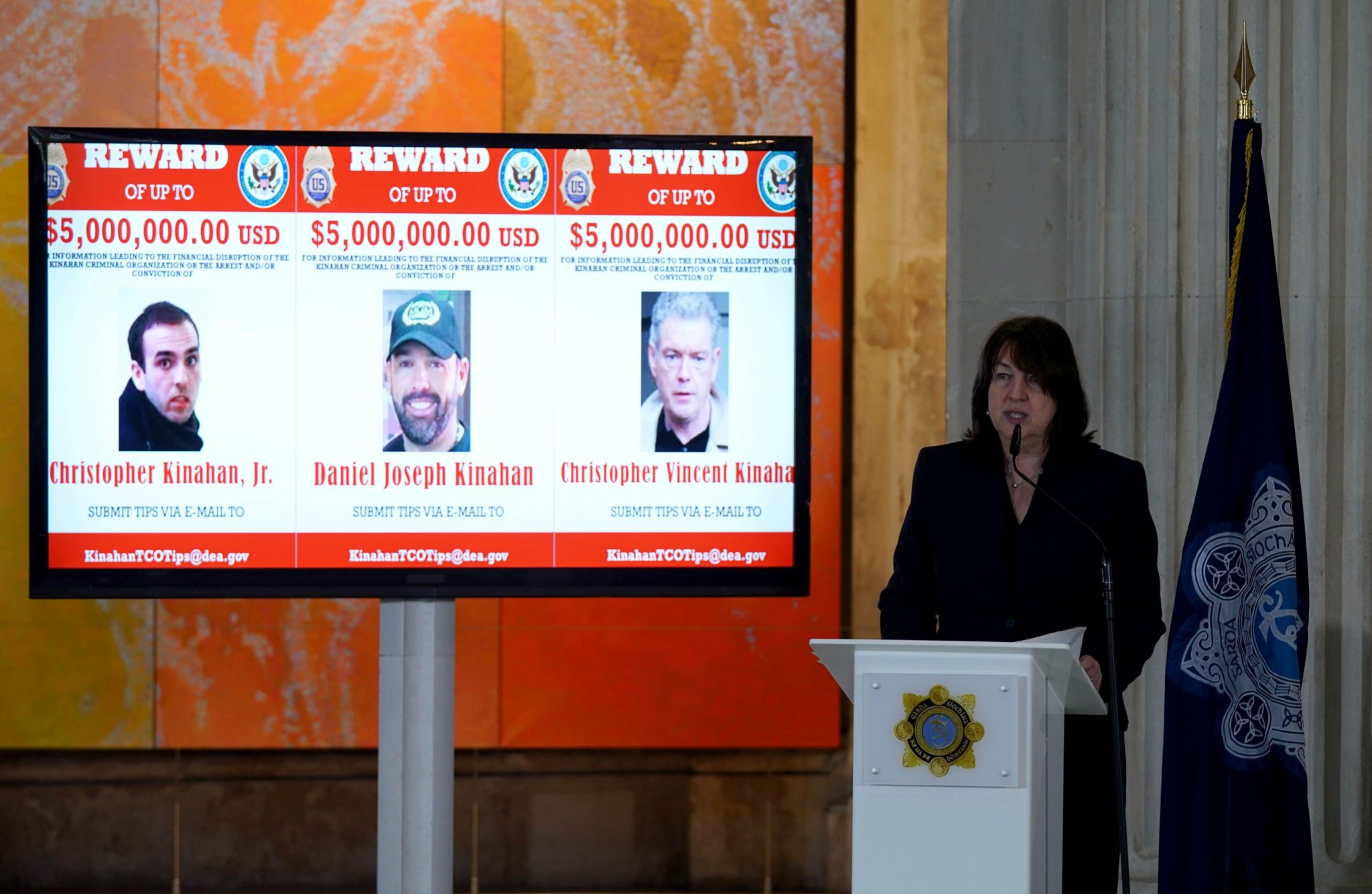 US Ambassador to Ireland Claire Cronin speaking at Dublin City Hall, after it was announced that the US government is offering a reward for information on the Irish Kinahan crime gang or for the arrest and conviction of its leaders. Picture by: PA Images / Alamy Stock Photo

"That shows the strength of our partnership - so it's something that had been worked on for quite a time.

"The Department of State has this Rewards for Justice programme, and that is where we put up up to $5m for the arrest, conviction or information leading to the disruption of their activities.

"This had never been done before, it's very significant.

"In addition, the [US] Treasury Department imposed the sanctions - we've seen the United Arab Emirates come onboard as well.

"So all of this action together, in partnership, will make a significant dent in their activities.

"Hopefully at some point they will meet the justice that they deserve.

"As we continue to work with our partners and allies they can run, but they can't hide". 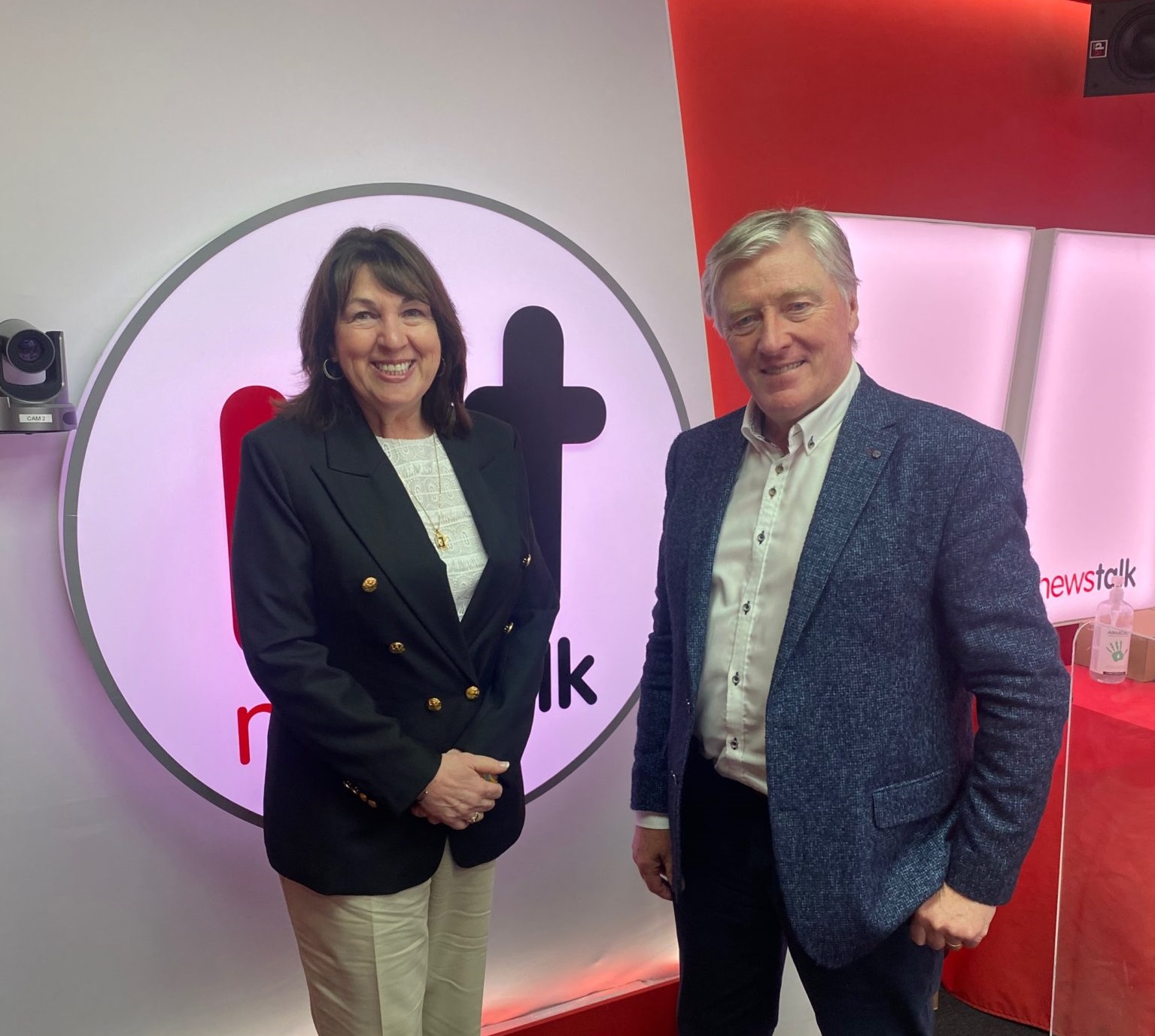 US Ambassador to Ireland Claire Cronin with Pat Kenny in Newstalk studios. Picture by: Newstalk

On moves by Britain around the Northern Ireland Protocol, Ambassador Cronin says the Good Friday Agreement cannot be interfered with.

"And happily it's something in Congress we actually all can agree on.

"We don't agree on much in the Congress in the US, but it has strong bipartisan support.

"And the gains that were made by the Good Friday [Agreement] we certainly do not want to see lost as a result of Brexit.

"As the US Ambassador to Ireland, I will do anything I can within my role to support those gains.

"However this is something that will be worked on with the EU, the UK."

And she says the agreement has a personal resonance with her.

"I remember during those years and the months when that was being negotiated... it was something I certainly followed very, very closely at the time.

"My father: all he wanted was to see an agreement reached, and he died on March 19th.

"And on April 10th the agreement was signed - so he never got to live to see that happen.

"So there's a a little piece of my heart that wants to make sure it's preserved as well".

Main image: US Ambassador to Ireland Claire Cronin speaking at Dublin City Hall after it was announced the US government is offering a reward for information on the Kinahan crime gang. Picture by: PA Images/Alamy Stock Photo/Niall Carson

'No doubt' President Biden will visit Ireland in 2023, US Ambassador says