Theresa May steps down as Conservative Party leader in the UK

The British Prime Minister Theresa May is spending her last day as leader of the UK's Conservativ...

Theresa May steps down as Conservative Party leader in the UK

The British Prime Minister Theresa May is spending her last day as leader of the UK's Conservative Party.

It is expected she will be in her local constituency of Maidenhead in Berkshire.

Mrs May will remain in place as the country's prime minister until a new leader is elected next month.

Her tenure started with a pledge on the steps of Downing Street to tackle "burning injustices", but Brexit dominated her time in office, and it ended with an emotional goodbye.

Speaking when she entered office almost three years ago, Mrs May promised a brighter future for her country. 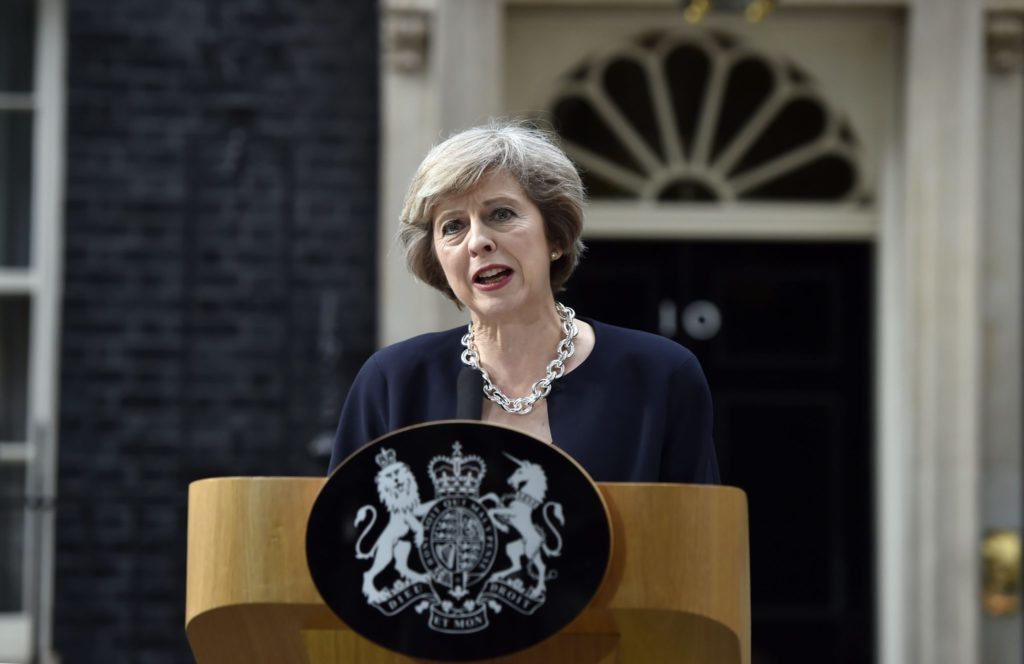 She said: "We will do everything we can to give you more control over your lives. When we take the big calls, we'll think not of the powerful, but you. When we pass new laws, we'll listen not to the mighty but to you."

"We are living through an important moment in our country's history. Following the referendum, we face a time of great national change.

"And I know because we're Great Britain, that we will rise to the challenge.

"As we leave the European Union, we will forge a bold new positive role for ourselves in the world, and we will make Britain a country that works not for a privileged few, but for every one of us."

Fast forward to last month, and she had taken a different tone.

She announced: "Against all predictions, the British people voted to leave the European Union.

"I feel as certain today as I did three years ago that in a democracy, if you give people a choice you have a duty to implement what they decide.

"I have done my best to do that.

"I negotiated the terms of our exit and a new relationship with our closest neighbours that protects jobs, our security and our union.

"I have done everything I can to convince MPs to back that deal. Sadly, I have not been able to do so."

"It is, and will always remain, a matter of deep regret to me that I have not been able to deliver Brexit", she said.

Choking back tears, Mrs May added: "I will shortly leave the job that it has been the honour of my life to hold: the second female prime minister, but certainly not the last.

"I do so with no ill-will, but with enormous and enduring gratitude to have had the opportunity to serve the country I love."

Mrs May was the first foreign leader to meet the newly-inaugurated US president January 2017.

She got Donald Trump to reaffirm his commitment to the NATO alliance and there were warm words from the president on the prospect of a post-Brexit free trade deal.

But one particular image came to define the trip.

As they walked in the grounds of the White House, the pair briefly held hands.

Some saw it as a good thing, an example of Mrs May forging a close relationship with a valued ally.

But others said it sent the wrong message amid criticism of the president over a range of misogynistic comments. 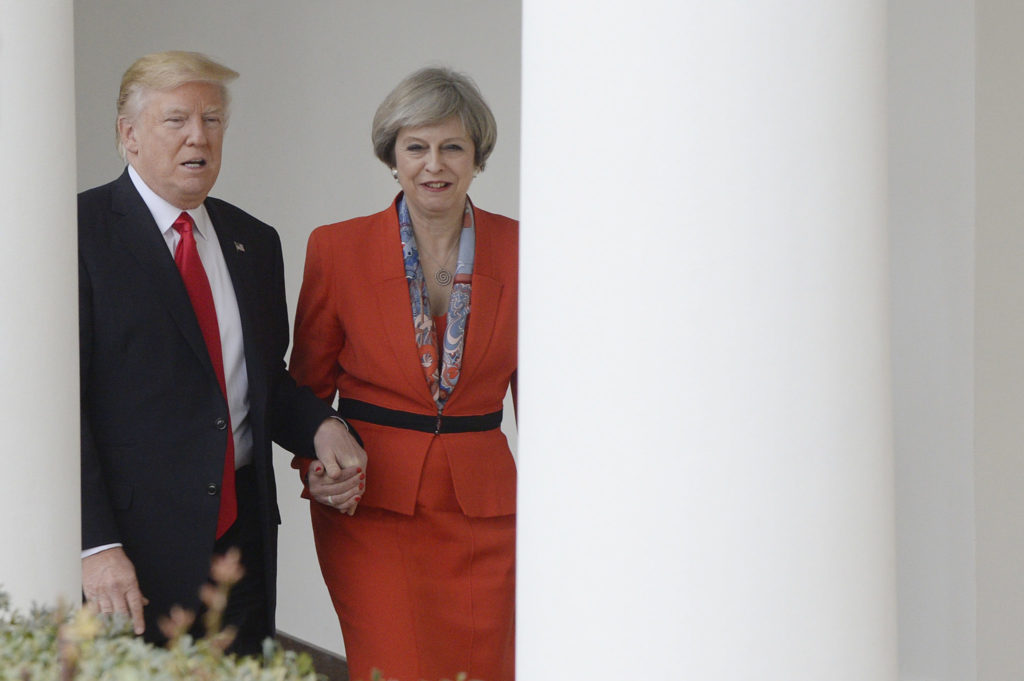 US President Donald Trump holds hands with UK Prime Minister Theresa May as they walk the colonades of the White House in Washington, DC in January 2017 | Image: Sipa USA/SIPA USA/PA Images

After fleshing out her negotiating aims for Brexit in her first few months in office, including confirming she wanted to leave the EU's single market and customs union, Mrs May formally set the clock ticking on Britain's exit.

She had insisted it was up to the British government to trigger Article 50, but campaigner Gina Miller launched a successful UK High Court challenge which required a vote from MPs.

This was a minor setback, given MPs approved triggering Article 50 by an overwhelming majority.

The clause was formally triggered on March 29th 2017 - but has since been extended twice.

Despite Downing Street insisting for months that a general election was not on the cards, Mrs May announced her intention to go back to the people in April 2017.

She framed it as a chance for voters to strengthen her hand in the Brexit negotiations.

Initially, it looked like the decision would be a high point for Mrs May, with predictions of a landslide win.

But as the campaign went on, such heady expectations were brought crashing back down to earth.

Mrs May ran a presidential-style campaign, making herself the focus rather than sharing the limelight with her party and top team of ministers.

When the results came in, she had lost her majority and found herself leading the largest party in a hung parliament.

Some argue that her authority never really recovered from this setback and it marked the beginning of the end. 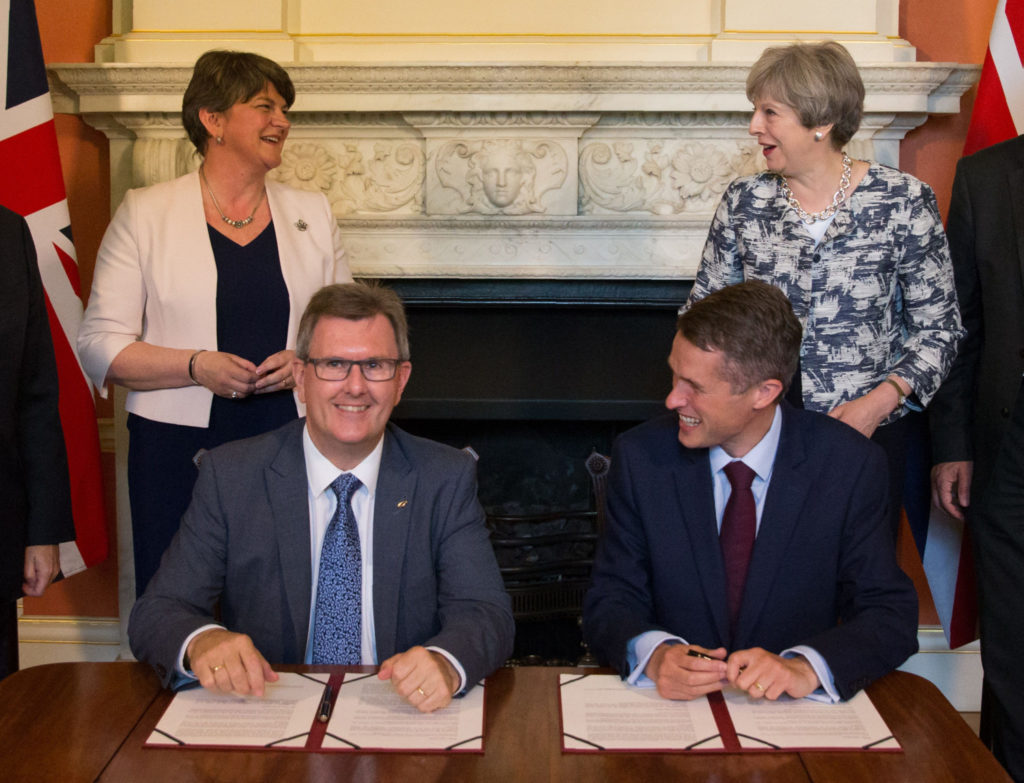 Having been reduced to a minority government, Mrs May opted to do a deal with Northern Ireland's Democratic Unionist Party (DUP).

This stored up future problems on Brexit and the issue of the Irish border.

And the fact that Northern Ireland was given billions in extra funding blew a hole in the assertion that there was not any money to spend on other things.

By the summer of 2018, Brexit was reaching a crunch point.

After months and months of debate, the time had come for Mrs May to nail her colours to the mast and set out exactly what kind of relationship she wanted Britain to have with the EU after Brexit.

In July 2018, she got her cabinet to sign up to an agreement colloquially known as the 'Chequers Plan'.

This proposed maintaining a "common rulebook" on goods trade with the EU, as well as "continued harmonisation" with EU rules.

The UK parliament would have the ability to diverge from EU rules, but for many in her party this kind of relationship was too close.

They saw it as a betrayal of the referendum result.

Boris Johnson quit as the country's foreign secretary, claiming the plan would reduce Britain to the "status of a colony".

David Davis also resigned from his role as Brexit secretary.

Mrs May managed to survive the resignations and a Brexit deal was struck with Brussels in November 2018. 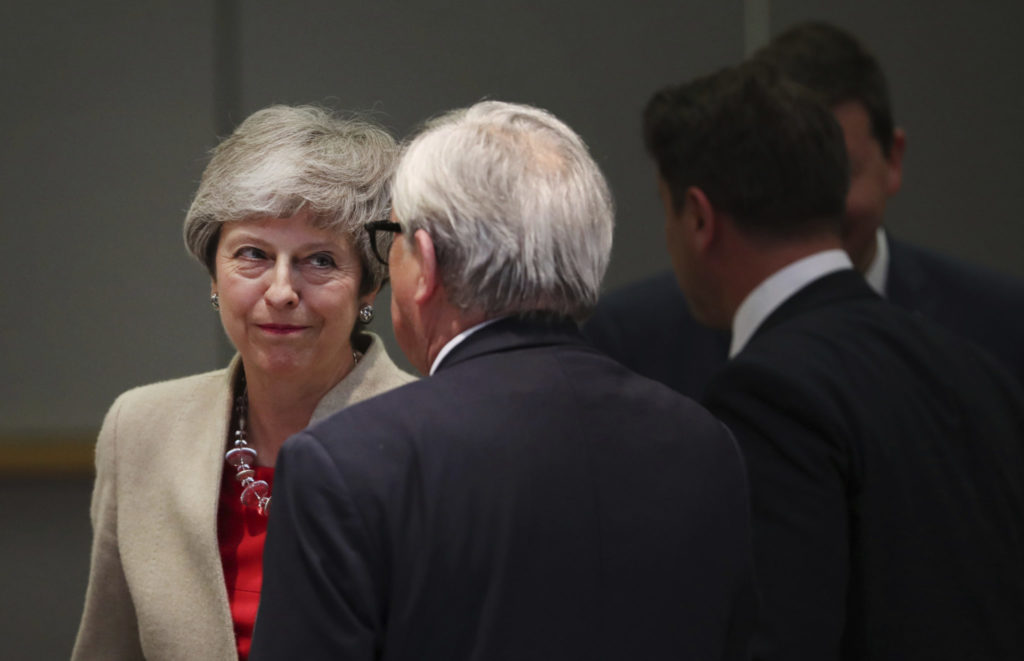 But there was not unanimous backing from her government, and more resignations soon followed.

Mr Davis' successor Dominic Raab went, as did Esther McVey, who quit her job as the work and pensions secretary.

The DUP also made clear they could not support the deal.

Surviving a confidence vote by 200 votes to 117, Mrs May was now safe from another challenge for a year.

But a Brexit vote at Westminster was defeated by 432 votes to 202 - the biggest defeat in modern British political history.

It all came to pass in May, with the catalyst a last-ditch effort to pass a key piece of Brexit legislation.

Included in this was a promise to offer MPs a vote on a second referendum if the bill passed.

Another failure with more resignations followed.

Mrs May emerged from Downing Street on May 24th and announced that she would resign as party leader on June 7th, allowing the process of choosing her successor to begin.