One student at the University of Limerick says plans being considered for accommodation are not workable.

Niamh McCann is a third-year student and was sent a survey by the university to gauge reaction to the proposals.

But she told Lunchtime Live it seems a single bedroom would house two beds.

"Yesterday every UL student got an e-mail asking [them] to fill out an accommodation survey from UL themselves.

"It's kind of off the back of last year - there was a little bit of a kick up about some changes that they were making.

"They wanted to change rooms that had been originally made as single beds, one person bedrooms, into shared bedrooms.

"That caused uproar, but it sort of died out because of COVID; a lot of students weren't taking accommodation at all because they were staying at home".

She says this issue still has not been addressed.

"The reason I think a lot of students are frustrated at the moment is because, off the back of that survey, it was much more expensive than any kind of accommodation price we've seen before - that any of us really expected we would have had to have paid for living somewhere in Limerick.

"It still is kind of suggesting this idea of a twin, shared room with a stranger in a very very small space.

"It's basically a single-person desk with two chairs at it and two twin beds, pretty much right beside each other".

She says she understands the approach, but it would result in no privacy.

"It's not that there's anything wrong with sharing a room with somebody.... It's not very common in accommodation here for students in Ireland.

"But the problem with this is there's no element of privacy there whatsoever. 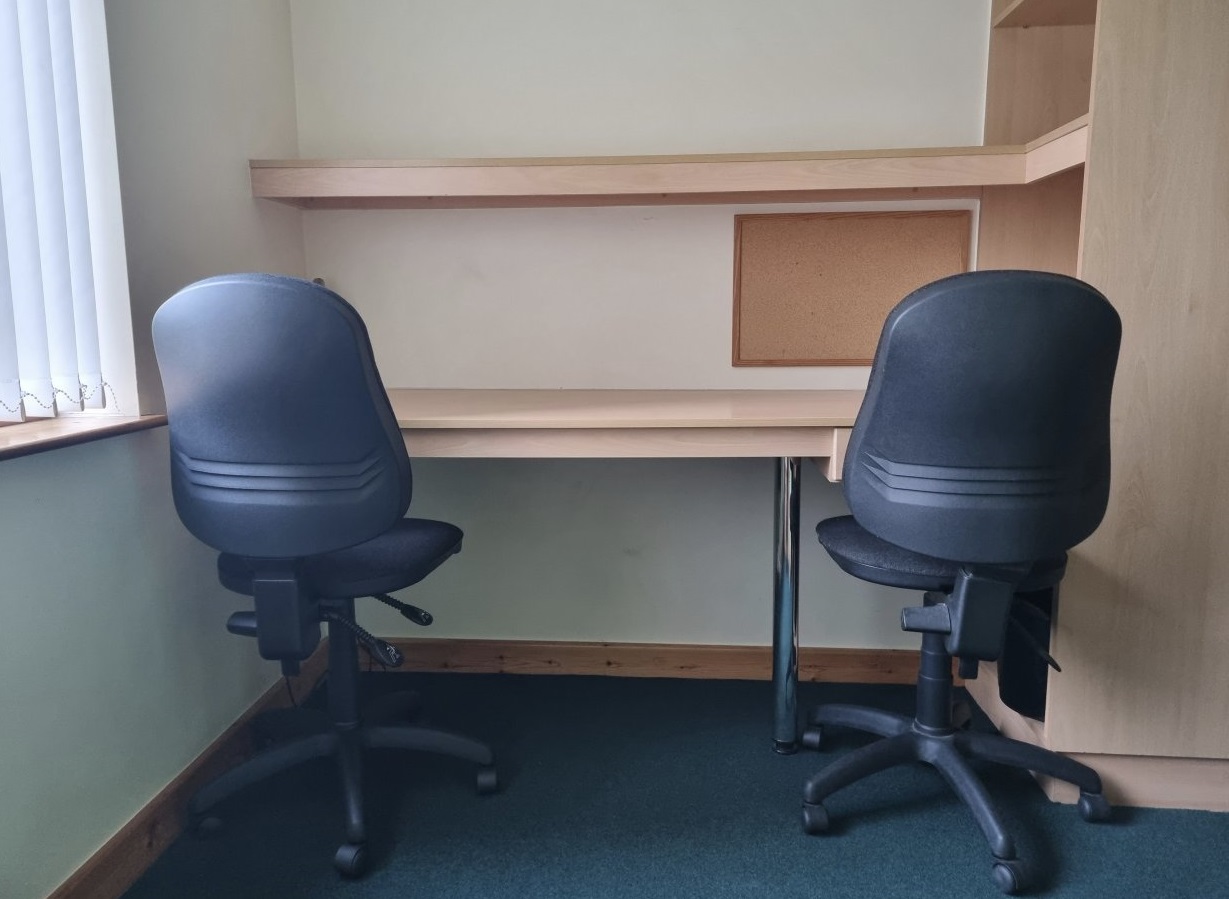 An example of a shared desk space in University of Limerick accommodation. Picture via @kanleyyy on Twitter

"And there's plenty of countries in Europe where colleges might have an option to share a bedroom with somebody - but the room is huge, you have plenty of your own space.

"Some of them actually come with dividers and room separators, so you still have an element of privacy.

"There's absolutely no way that you could live in that room for nine months of the year with another person".

Niamh says the survey is asking how much students would be willing to pay for shared or private accommodation.

She says there are five options increasing in price - starting at €350 a month for the shared room, and €700 for private accommodation.

"It's kind of leaving students with little choice than to go with this twin room", she adds.

In a statement, the University of Limerick says: "A student accommodation survey has been issued to the entire UL student community to ensure direct engagement with all students on what is a very significant local and national student housing challenge.

"At UL we are very conscious of a shortage of student accommodation and have been working with multiple local partners to ensure options like homestay accommodation have been available to UL students.

"We want to be in a position to establish some short to medium term solutions to the lack of supply issue and so are directly asking our students what they feel would work."

The university adds: "No decisions will be made on retrofitting or repurposing existing student accommodation at UL without engagement with our students and Student Life, the UL students' union.

"Twin occupancy rooms are a popular option across many university campuses globally and could be offered at a lower rental price point.

"This type of accommodation is particularly popular with international students."

Main image: An example of a shared room at the University of Limerick. Picture via @kanleyyy on Twitter