Is the idea of 'The Squeezed Middle' laughable? Following on from a recent report by TASC (the T...

Hard-working families paying for the cost of everything or a fallacy?

Is the idea of 'The Squeezed Middle' laughable?

Following on from a recent report by TASC (the Think Tank for Action on Social Change), Kieran Cuddihy of Newstalk Breakfast commented on the notion of  'The Squeezed Middle'.

It is utterly laughable that there are people in Ireland who think, "I'm a middle-income earner therefore I am squeezed", that's the narrative.

He touched on the fact that Dublin Airport is at capacity with leisure travelers as evidence that middle-income earners in Ireland are not being squeezed as tightly as many would claim.

My problem with middle-income earners as a group whinging about being squeezed and looking for handouts is that then the people who actually need handouts, don't get it. They're taking from people who need it.

You can read more on the TASC report here.

You would think someone on morning breakfast would be interested in those who work hard and get up early in the morning.

Ivan took umbrage with the notion that private sector workers are not being unfairly treated.

The fact of the matter is, we have 1.7 million private sector workers in this country, who pay for everything and get bugger all. They have no job protection, they're going to be thrown to the four winds if Brexit goes banjaxed, they have no opportunity to go on strike because the company they work for is struggling to compete. 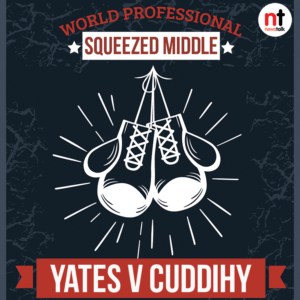 While middle-income earners carry a heavy tax burden, the fact is the overwhelming amount of them actually get by okay. They can pay for the necessities and the odd luxury, that's comfort in my book.

Ivan Yates: Government should rule out future use of 'abhorrent' lockdowns