Activists have lined up tents outside Dublin City Council's offices on Wood Quay to highlight the...

Activists have lined up tents outside Dublin City Council's offices on Wood Quay to highlight the homeless crisis.

Inner City Helping Homeless, which has organised today's 'visual protest', says there has been a 28% increase in the number of people sleeping in tents in Dublin in the past five months.

The charity says this week alone has seen its outreach team helping 238 people sleeping rough in the city - the highest number they've recorded.

Today's demonstration is being held outside council buildings in the city centre as part of the charity's call for the council to take action to address the crisis. 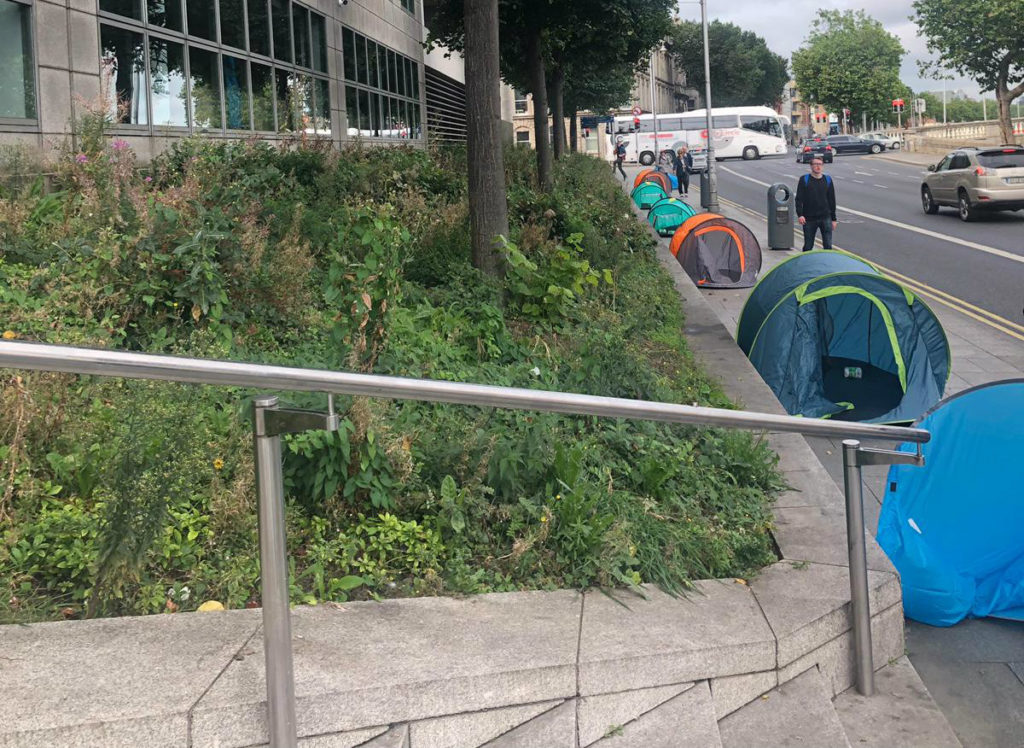 "This is an epidemic, a crisis of epic proportions that needs a multi-agency approach to solve.

"We have people who are working poor, people with mental health and or substance abuse issues. It's now time we form a task force on eradicating rough sleeping in our city."