Teachers unions have reacted angrily to Government suggestions the two-metre rule could be droppe...

Teachers unions have reacted angrily to Government suggestions the two-metre rule could be dropped for schools.

A Department of Education report this afternoon warned that the rule would mean most primary school children could only return for one day per week while most secondary students would have a maximum of two per week.

Responding to the report, the Education Minister Joe McHugh said a part-time return was “not a runner” and said officials would work towards a full return to school for all in late-August.

On The Hard Shoulder this evening, he said the “stark reality” was that a part time return was “just not practical.”

He said officials would take a “common sense approach” and find safe ways to reopen all schools in time for the next school year.

This evening however, both the Teachers Union of Ireland (TUI) and the Association of Secondary Teachers in Ireland (ASTI) said schools must follow the same public health advice as everyone else.

“For example, the oblique suggestion that classrooms could operate without social distancing is both odd and alarming,” he said.

“Classrooms are workplaces – crowded ones at that. These workplaces cannot be treated as if they enjoy some magical immunity from the risk that characterises other workplaces.”

He said the report seems designed to stifle discussion on the safest ways to reopen schools and warned that the “over-arching priority of all concerned” must be the “health and safety of students, teachers, their families and their communities.” 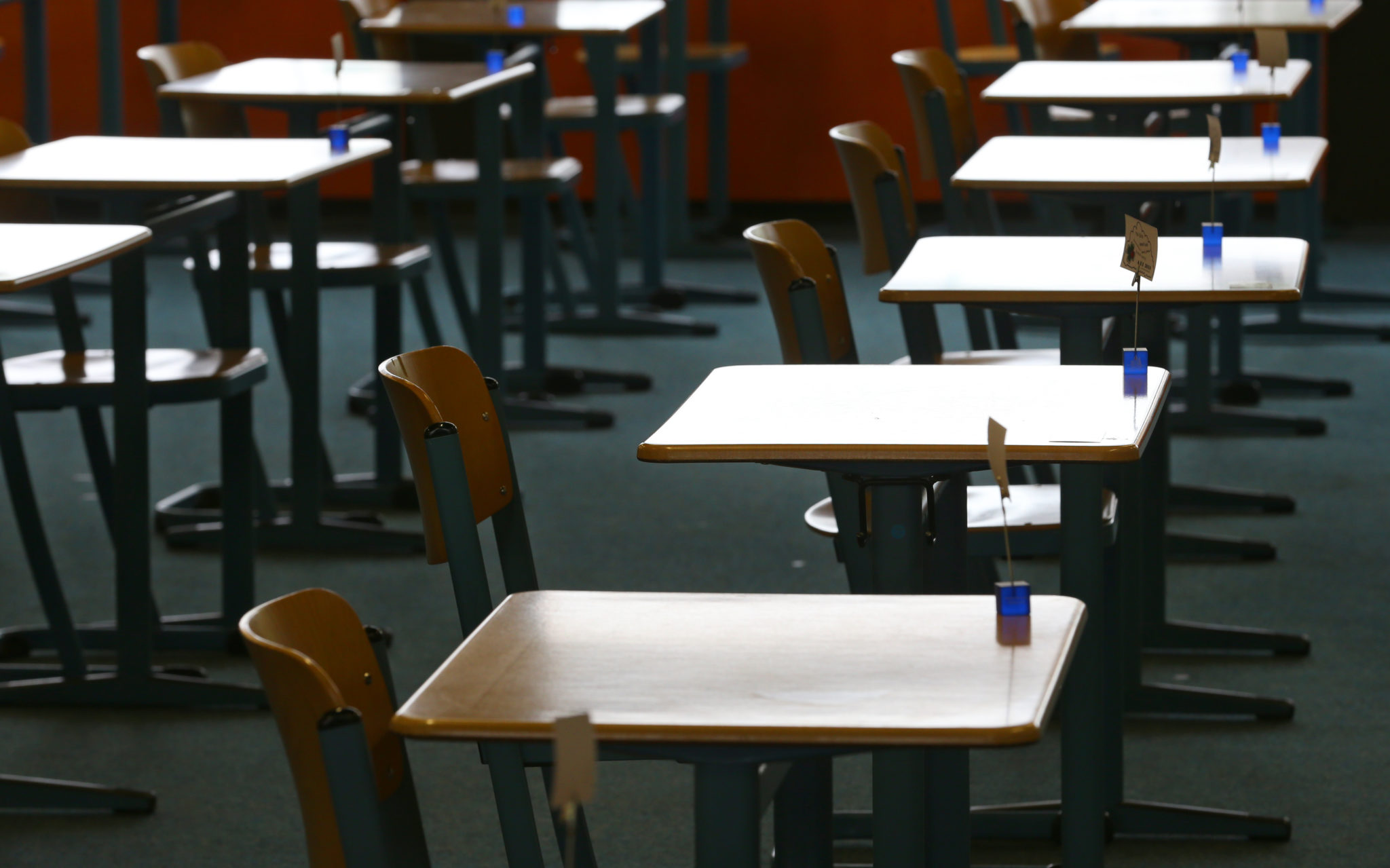 04 May 2018, Germany, Kaufbeuren: Single desks are set up in an exam hall. High school students in Bavaria are starting their final exams. Photo: Karl-Josef Hildenbrand/dpa

Meanwhile, the ASTI said it would be “very concerned” if schools had a different approach to social distancing than the rest of society.

“Any deviation from the health advice available from the National Public Health Emergency Team would be unacceptable,” it said.

The association noted that secondary schools need to see a plan for reopening as soon as possible – and warned that “substantially enhanced cleaning facilities” should be a key part of any plan.

The ASTI insists on continued engagement in relation to the re-opening of schools in order achieve these priorities.

Both unions said increased engagement between officials and teachers was crucial to developing the plan.