One Government TD has said 3,750 taxis will be forced off the roads, unless there is a rule change by the National Transport Authority (NTA).

The current lifespan of a standard taxi vehicle is 10 years, and 15 years for wheelchair accessible taxis.

"As we all know there's an acute shortage of taxis, not just in Dublin but around the country; but also there's huge issues for people who are seeking to buy new cars, or newer second-hand cars, on the market due to a shortage there for many global reasons," he said.

"The idea makes sense, but we do have a situation where taxis that are 11 and 12 years old are still in great condition.

"They've been maintained, they're roadworthy, and it's an opportunity to keep older drivers in the business.

"Many are saying 'I'm not going to afford to upgrade my car, but I would be prepared to keep an existing car on the road'.

"All this is doing is taking both taxis and drivers off the road at a time that we can't afford to lose them." 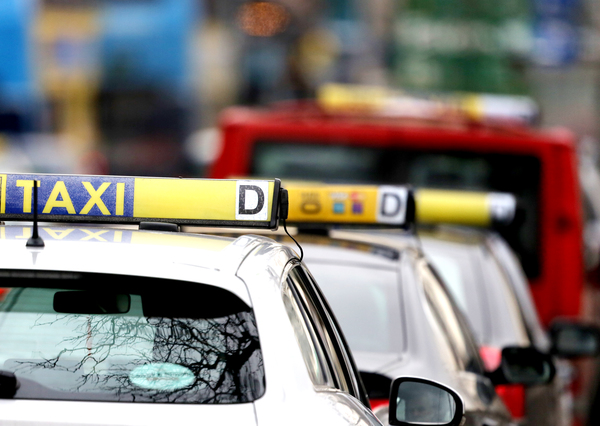 During the height of the COVID-19 pandemic, the age limits on taxis were extended several times. However this rule is due to come back in the coming days.

"It's definitely something the NTA need to postpone, if anything they need to re-look at.

"For disability adapted cars, that lifespan - rather than being 10 years - is 15 years.

"I think that'd be far more sensible for everyone.

"Once [the rule] comes back in, all it will mean for the average consumer is there's less chance of getting a taxi on the road," he added.